Prachanda's secretariat said on social media Twitter that the theoretical issue raised by Chairman Prachanda about the capital market was correct. 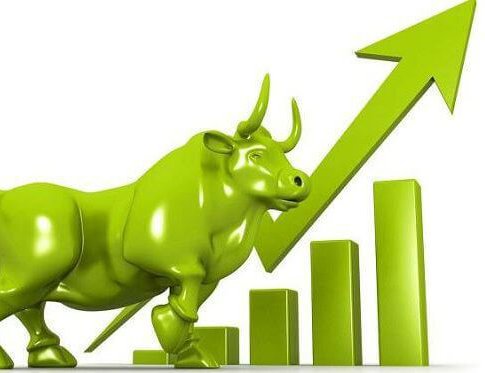 Some political parties and investors have objected to the offensive remarks made by the top political leadership, which are considered to be the most sensitive sector of the economy, to provoke the capital market and send the wrong message to the market. After this statement, the capital market NEPSE index has gradually declined The Chairman of the CPN-Maoist Center has recently clarified that it is very correct to call the capital market a developed form of imperialism.

Prachanda's secretariat said on social media Twitter that the theoretical issue raised by Chairman Prachanda about the capital market was correct. However, we would like to make it clear that the party will take conscious initiative and make efforts to protect the investment of investors in the current Nepali capital and stock market, and also to protect the interests of even smaller investors. ' In principle, the stock market promotes economic growth by increasing investment levels and productivity. They increase the savings rate and also increase the efficient distribution of savings. As a result, more savings go to the corporate sector and economic growth is expected.

There is a positive correlation between stock market growth and economic growth, but in between, sometimes open questions arise. Just to reiterate, stock markets in Asian, African and European countries were at risk as a result of the 2008 global financial crisis, and the negative impact of economic growth was worrisome. Why did the share market rise even when the real economy of Nepal was weak in the past? One factor is almost obvious: the stock market has a relatively large impact on small businesses and low-income service businesses. Looking at the stock market, for example, optimism about the successful use, arrival, and radically improved testing and treatment options for effective Covid-19 vaccines could boost current stock prices.

According to some investors, this is a good sign if investors are consciously reducing their attachment to politics. The stock market is affected not only by politics but also by other policy decisions around the world. However, the recurring political instability in Nepal has had an immediate effect on the stock market, but political parties should take the rising stock market as a message from investors to politicians.

Although the situation between politics and the economy in Nepal is not so comfortable, the situation in the stock market seems to have created such a situation in recent months. Similarly, investment in the share market has increased due to the accumulation of investable funds in banks and financial institutions due to lack of demand from the private sector and also due to cheap interest rates and increase in interest rates.

However, long-term adverse supply effects, especially “globalization”, could lead to long-term structural changes as global demand improves. But what does the rise or fall of the stock market do? Differences in economic growth?

The general public, unaware of the stock market, considers the stock market a casino. It occupies such an influential place in the economic theory of production and distribution that it is natural to have at least an equally important place in the theory and practice of economic development.

From a historical or analytical or policy point of view, it is Emphasis on savings and capital markets can also be described as management and supply of capital.

It has been pointed out that it will be easier for the economy to grow. The relationship between the above-mentioned economic growth process and the process of capital accumulation has led to earlier theories of economic development, and the work of modern economists is also expected to be limited to whether capital is sufficient.

Higher rates of capital formation generally lead to faster growth in production and income, but additional capital formation does not provide the same momentum in productivity growth. It has also had a profound effect on the way it is used in the capital markets. The capital market is important for all financial instruments, be it short term or long term or commercial, industrial and government financial instruments. Capital market refers to all the institutions and medium and long term fund raising mechanisms through various means available in stocks, debentures, bonds, etc. In these markets, both private sector and public sector corporates raise billions of rupees.

In addition, the establishment of the Nepal Stock Exchange has brought about significant changes in the functioning of Nepal's capital markets, especially since the liberalization policy adopted in the 1990's and the automation of trade and operation of the central depository system a few years ago.

The rise in Nepal's stock market, which reached record highs, was also sustained few days back . The Nepse index, which measures the stock market, has increased significantly and the transaction amount has also increased. Meanwhile, the Securities and Exchange Board of Nepal (SEBON) has stated that the participation of investors in the share market has increased significantly as more than 85 percent of the transactions are done through Nepse's online trading system.

According to the board, there are more than four million investors in the primary market of securities due to the development of the securities market and the reforms done by the board, which is about 14 percent of the total population. It is our tradition that the government does not interfere in monetary policy. Emphasis should be placed on ensuring that small investors have access to credit in the stock market, on the one hand some people earn billions by investing bank money in the stock market and on the other hand small investors are not deceived.

Statistics are still awaited on how many ordinary investors got loans after the introduction of the 4-12 policy and how effective the policy was. It must be public. Calling the stock market an evolutionary form of imperialism without taking into account the effect of its expression on the psychology of the market may be the product of the thinking of a person with a high political leadership and the organization he leads, but it must be pre-evaluated to see how it affects the investor.

The capital market has to move at its own pace and speed without any external influence and if the market crashes, it will have a profound effect on many other sectors and the economy will fall into a vicious cycle.

In the current context, it is important for communist leaders to study the background of Deng Xiaoping's path to power in China from 1978 to 1989, how he developed capitalism, and how China has become the world's second largest economy. It is well known that the Chinese capital market has played a major role in bringing China to where it is today.

China's stock exchange is one of the 'best equipped' and most sophisticated in the world. Recognizing capital, Deng led the country into a capitalist system during his 11-year leadership. Even if you look at another neighboring country, India, its capital market provides 'capital supply' for new companies to come. A new company has to come, that needs money, raises that money from the capital market. By mobilizing that capital, it produces, creates employment, earns income, pays taxes on it, and receives revenue for the government. This is just a representative example of how the capital market has a multidimensional effect on the economy. The capital market is about making money by using computers in the room and robbing the little ones, which is completely wrong. But it is also a means of capital formation and value creation for the economic development of the nation.

The former governor of Nepal Rastra Bank says, “As a communist, the remarks are not wrong. Because that's how communists view the capital market. The communists have to look at capital with many comments, brokers and imperialists. "

At present, the state has control over the interest rate (done by the National Bank). That too when the government was led by the pro-open market economy Nepali Congress. Everything has to be controlled, everything has to be in the hands of the state.

The Finance Minister has called upon the share investors to invest by choosing a company that will provide long-term benefits. The Finance Minister has encouraged the investors to invest by recognizing the company. He urges to leave the responsibility of making share market friendly policy. As a result, investors are compelled to expect a positive message in the capital market and full implementation of policy, direction of action, etc.

Water Management In Mountains: Snow Water As An Alternative By Pratima Sharma and Chiranjibi Bhattarai 2 days, 17 hours ago

What West Seti Power Project Can Mean For India-Nepal Ties By Yubaraj Ghimire 3 days, 3 hours ago