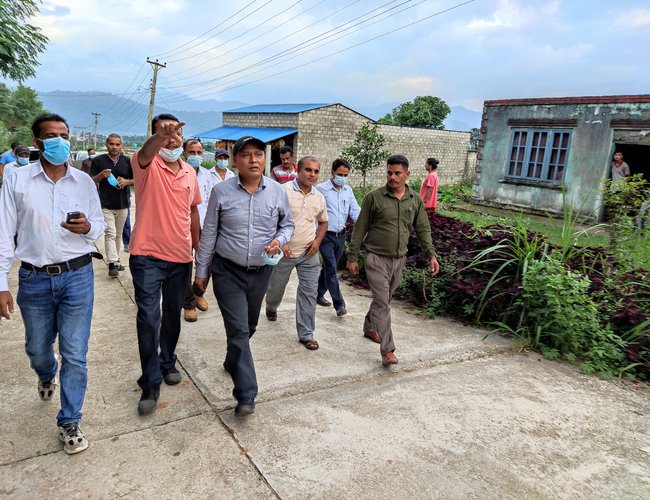 Under their applications, NEA has approved a load of 150.5 MW for power supply to them in the first four months of the current fiscal year 2021/22.

The steel and cement industries are among the load approved projects.

A grid impact study (GIS) has been carried out to provide 111 MW of electricity to seven industries. In addition, about 98.8 MW demanded by five industries is being processed of GIS, NEA said.

It is estimated that 360 MW of electricity will be consumed and most of the steel and cement industries are demanding additional power.

Before approving load through GIS, the capacity of the transmission and system network in the area where the industry is located determines whether electricity can be provided as per the demand.

If there is a possibility of loading after the completion of GIS, the load will be given in accordance with the grid connection agreement between NEA and the concerned industry.

The NEA has demanded applications for new and additional loads as per the policy of providing the required amount of electricity to the industries to increase the consumption as the domestically generated electricity cannot be consumed properly.

The process including time limit has been determined to provide electricity service to the customers who demand load by approving the load as soon as possible.

NEA said Managing director of NEA Kul Man Ghising said the process has been implemented with time limit to make the GIS systematic and expeditious as per the rules for loading from 11, 33, 66 and 132 kV transmission lines to the customers who demand large amount of electricity.

Managing director of NEA Ghising said the current demand is encouraging to consume the electricity generated in the country. He said that some of the load-approved industries have taken power supply and some are in the process of taking it.

"Demand for loads is increasing along with efforts to provide adequate power in the industrial sector. We have already provided electricity to load-approved industries through transmission and distribution systems which take the loads. Some industries are constructing their own structures by approving loads and the NEA is strengthening and expanding lines and substations to provide electricity before such industries come into operation,” said Ghising.

"I have personally visited the industries operating in the major industrial corridors and got information about the present situation of power supply and the load required in the coming days. And work is being done with high priority on strengthening,” he said.

Under the NEA's short-term plan to increase power consumption, the industries demanding electricity will be provided electricity immediately by strengthening the transmission and distribution lines and expanding the capacity and completing the work of the projects under construction as soon as possible.

The NEA plans to start construction of large strength lines and substations for transmission and distribution by identifying potential areas where electricity consumption may increase.