Japan Is Not Sending Any Minister In Beijing Winter Olympic Games

Japan Is Not Sending Any Minister In Beijing Winter Olympic Games 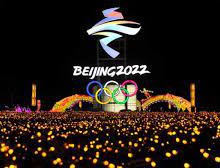 The Japanese government says it is not planning to send any officials including Cabinet members to the Beijing Winter Olympics and Paralympics, although three non-government delegates are slated to go.

The decision follows announcements of diplomatic boycotts of the Beijing Games by several countries, including the United States and Britain. They cite alleged human-rights abuses in China's Xinjiang Uygur Autonomous Region.

Japanese Prime Minister Kishida Fumio has said he will not go to Beijing. As for sending other government officials, he said, "We will make a decision at an appropriate time, considering various factors comprehensively and in light of national interests."

Voices are growing within the major ruling Liberal Democratic Party that Japan should stand firm against China over the alleged human-rights issues.

CAN Lifts Suspension Of Leg-spinner Lamichhane By NEW SPOTLIGHT ONLINE 6 days, 1 hour ago

Cricketer Sandeep Lamichhane To Be Released On Bail Today Under A Court Order By NEW SPOTLIGHT ONLINE 3 weeks, 6 days ago