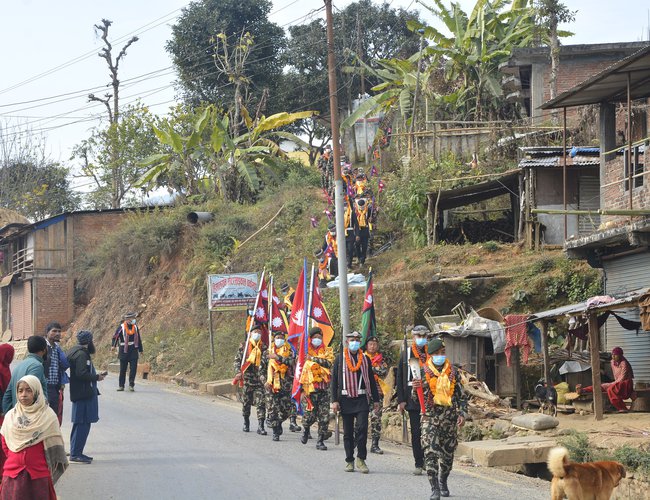 To mark the Prithvi Jayanti and National Unity Day that falls on January 11, Nepali Army (NA) has launched Gorkha-Kathmandu unification march since Wednesday

Prakash Pariyar, Major of the Ripumardan Battalion, said that the march was organised to build the unification footpath by including the road used by Prithvi Narayan Shah during his unification campaign.

A team of Nepali army soldiers was bid farewell on Wednesday morning from Hanuman Chautari located on the historic Gorkha Durbar premises.

A team of 40 soldiers with torch, national flag of Nepal, flags of five Battalions of Nepali Army (Srinath, Kalibaksh, Purano Gorakh, Bardbani and Sabuj) established during the time of Prithvinarayan Shah has set out to trek up to Kathmandu. 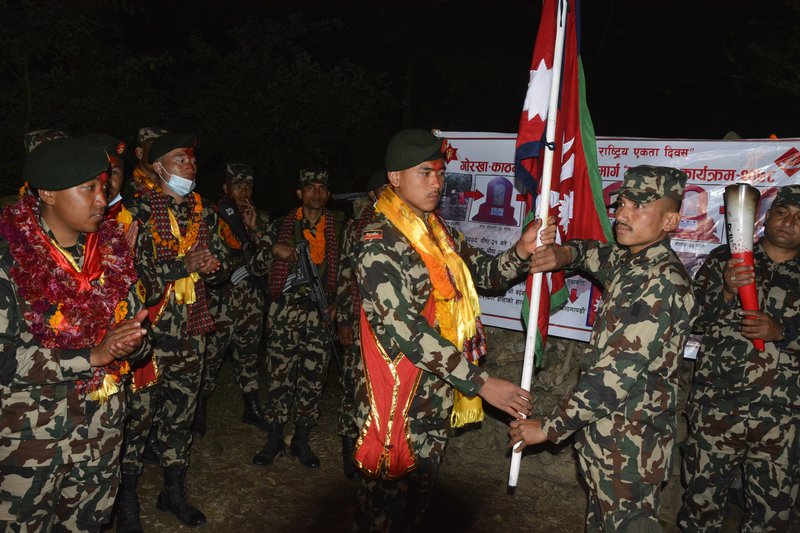 This is the third unification march from Gorkha to Kathmandu.

The team consists of 10 soldiers dressed in traditional Nepali Army uniform (black cloth) and 40 others including 30 soldiers in current army uniform. "Our team will reach Bhimsen Thapa Rural Municipality-8 Ghatbensi and hand over torches and flags to the Shiv Dal battalion of Dhading," said Major Pariyar.

The torch and flag sent from Gorkha will be delivered to Hanuman Dhoka of Kathmandu by the evening of January 10.