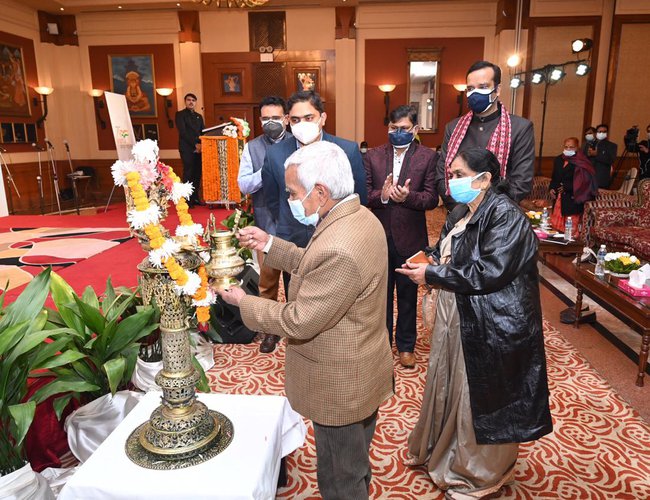 The program was presided over by the Head of Press, Information and Culture Wing Naveen Kumar, First Secretary. He shared the message given by the Prime Minister of India on the occasion.

Video message given by India's Minister of State for External Affairs Meenakshi Lekhi on World Hindi Day was also shared with the audience. Senior Hindi litterateur of Nepal Ram Dayal Rakesh was the Chief Guest of the program and member of Pragya Parishad of Nepal Academy Prof. (Dr.) Usha Thakur was the Guest of Honour.

Three eminent poets Sudip Bhola, Vineet Pandey and Mr. AbhishekTripath were invited from India who enthralled the audience with their poetry recitation. 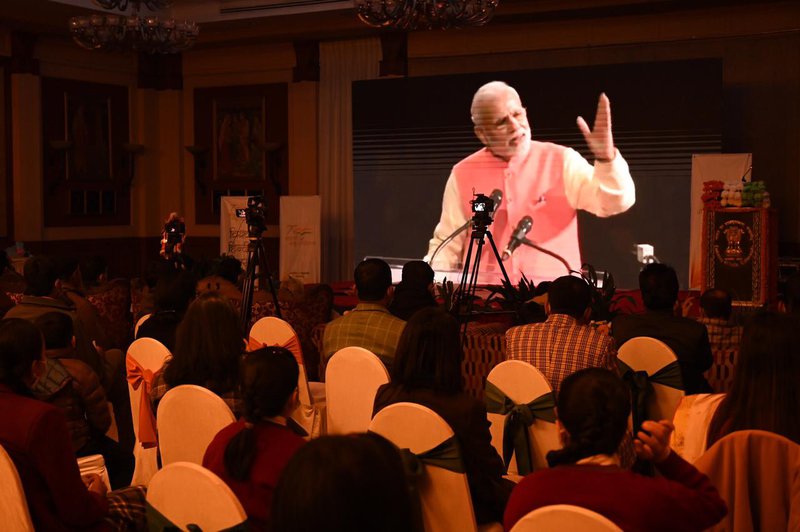 Twelve students from different schools of Kathmandu also recited Hindi poetry in the program. The students were given prizes by the Chief Guest for their excellent performances. The editor of the Hindi monthly magazine 'The Public', Veena Sinha's book of Hindi short stories collection and 'The Public' magazine were released by the Chief Guest. Besides, a Hindi poetry collection of Nepal's Hindi litterateur Karuna Jha was also released on the occasion.

The latest issue of Hindi magazine 'Himalini' was also distributed among the guests. Music students of Swami Vivekananda Cultural Centre, Kathmandu presented a melodious group song. The Chief Guest remarked that the Hindi language has played an important role in the friendship of India and Nepal for many centuries. 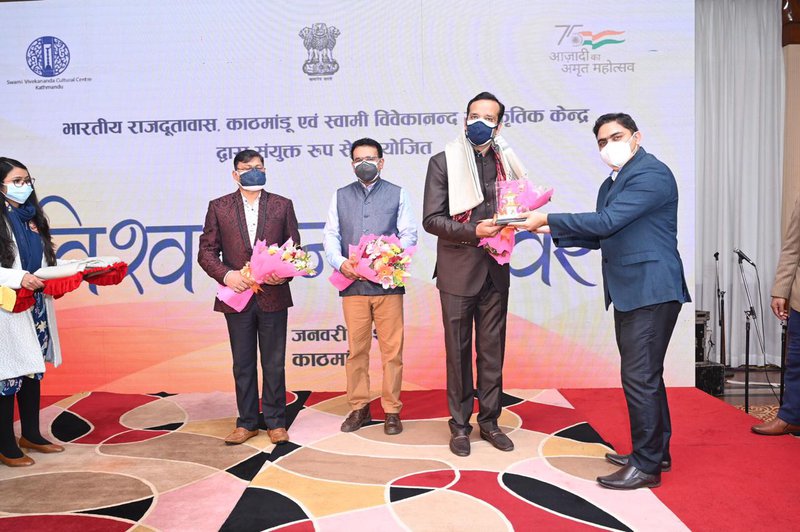