Remembering Our Kings: Reflecting on Our Nationhood

King Birendra’s fell on 29th December and Nepal’s founder King Prithvi Narayan Shah’s was celebrated as National Unity Day on 11th January with verve that also served as a public reprimand to the current rulers widely seen as kleptocratic and supine before foreign interests. 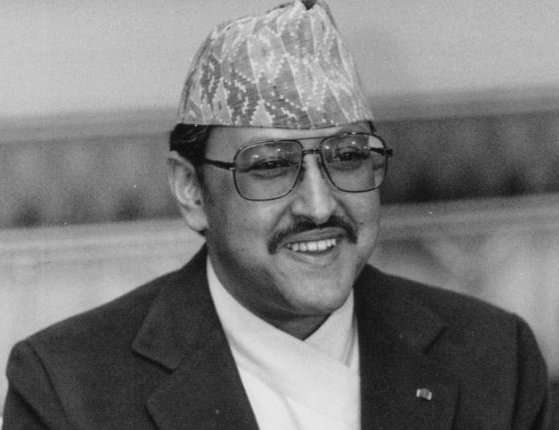 The mid-winter month of Poush just past is when history forces us to remember our kings who shaped our national identity. Despite the reluctance of parties and leaders who were instruments that foisted a republican order on the country, people at large – including cadres of those very parties – came out to celebrate their birth anniversaries. King Birendra’s fell on 29th December and Nepal’s founder King Prithvi Narayan Shah’s was celebrated as National Unity Day on 11th January with verve that also served as a public reprimand to the current rulers widely seen as kleptocratic and supine before foreign interests.

In 2006, under a Delhi-tutelaged 12-point deal backed by generous Western funding, the alien agenda of “republicanism, secularism and federalism” (to borrow words from former prime minister Krishna Prasad Bhattarai)was imposed on the country to erase its past identity. The statue of Prithvi Narayan Shah in front of the government secretariat was vandalized and nearly toppled by frenzied followers of current rulers who have yet to apologize for it. But that did not stop the people gathering there to celebrate. Indeed, such was the public mood that the president showed up even as her government did not have the guts to officially celebrate Prithvi Narayan Shah’s 300th birth anniversary, and the prime minister issued a weak and pathetic-sounding tweet of greetings!

Two years earlier, Hari Prasad Sodari (I understand, a disciple of Swami Prapannacharya) brought out a massive 1400-page volume on our Rashtra-Nirmatawith reflections by over 300 Nepalis and some foreign scholars as well. The different chapters, including mine, show Prithvi Narayan Shah’s seminal contribution to Nepali nation-building in five areas:

*He conquered different, scattered principalities to build an indivisible nation (eight years before the United States became an independent country) that was called Nepal and not Gorkha his home kingdom. Contrary to distorted Marxist narrative in vogue, he did not create a fiefdom: instead, for the first time in history, he built a state belonging to its denizens that could not be divided among his sons as was the practice those days among hill principalities.

* Recognizing that a state is defined by its army and its judiciary, he laid down the character and structure of both the justice system in Nepal as well as the Nepal Army as backbones of the state, to uphold, to fight and to die for by all its denizens.

* Given the mind-boggling diversity of ethnic and religious practices, he defined the essence of Nepali nationalism as based on the “multi-hued flower garden” concept where – and this is most significant – every citizen was to uphold their own kul dharma, i.e., group-specific traditional practices. He thus placed that much-bandied current term “inclusiveness” in the very foundation of the Nepali state, making redundant and meaningless the imposed idea of European secularism.

* Down south, Hindu and Buddhist rule had been overwhelmed by Muslim conquest and twelve years before Prithvi Narayan Shah conquered Kathmandu valley, the Firangis of British East India Company had defeated the Nawab of Bengal. Prithvi Narayan Shahdecreed in his Dibya Upadesh (Divine Counsel given at his deathbed) that the very ethos of Nepal would be Asli Hindustan, not to be overwhelmed by alien religions.

*He emphasized national manufacturing and job creation as being preferred to relying on foreign imports, thus laying the basis of a strong, self-reliant national economy.

These essential foundations of Nepali nationhood were criminally attacked in the so-called Rhododendron Revolution of 2005/2006. Although Nepali manufacturing was sold off for a song and the process of de-industrialization of Nepal begun in the 1990s (ironically by socialism-professing Kangress and Communists!), it was the foundational basis of the country, its cultural and historical identity that were attacked through an unholy alliance of Mughlanis and the West. They were able to do so manipulating a motley mélange of pseudo-Marxists and Macauley-bred liberals that, forgetting a century of Rana rule that deviated from the principles laid down by Prithvi Narayan Shah, propagated false narratives blaming monarchy, Hinduism and their adherents. Thankfully, a decade and a half later today, many Nepalis are waking up.

That awakening was also seen on December 29, the birth anniversary of King Birendra. The official lead was taken by the newly elected chief of Rashtriya Prajatantra Party Rajendra Lingden. Speakers, including me, reflected on King Birendra’s three decade-long reign, two as head of the Panchayat system and the last decade as a constitutional monarch. It was in his last decade as the monarch of a Westminster multiparty system that the country quickly went from the euphoria of democracy and unbridled market liberalization to party kleptocracy and a civil war by the Maoists against parliamentary democracy. Aquarter of a century earlier, all the current ills in Nepali political governance were already visible in their basic outline.

King Birendra is remembered by many for upholding national interests over personal gains. I still remember his state visit to Moscow in 1976: as president of the Nepali Students’ Union USSR, I had to present before him the grievances of Nepalis there. He graciously and effortlessly resolved them much to the satisfaction of the students. Years later, as a government engineer in the Ministry of Water Resources, we who took part in water negotiations would share stories of King Birendra’s strong national stance. A hint of that is given by India’s former foreign secretary Jagat Mehta in his book out of Observer Research Foundation: India-Nepal Relations: the challenge ahead. Mehta recalls what we all knew – King Birendra’s rejection of Indian insistence stationing Indian troops at hydro project sites for security. Mehta admits that such Indian suggestions have only deepened Nepal’s apprehensions regarding its sovereignty and Indian intentions. King Gyanendra said as much to me years later when I was his water resources minister: “Dipak, on national interests, no giving up even an inch!”

Today, with the decline of the Old World Order and the push by regional and international super powers to encroach on Nepal’s sovereignty, King Birendra must be remembered for his Zone of Peace Proposal. It was made at the farewell address after his coronation on 25th February 1975to institutionalize peace for Nepal’s security, independence and development, and the context has to be understood. Nepal had seen the first blockade by India starting April 1962 but lifted in October that year after the breakout of Sino-Indian border war on 20th October to 21st November 1962.

The second blockade was imposed on 1st November 1970 and was lifted only on 26th August 1971 with the start of the breakup of East Pakistan (Bangladesh Liberation) between 26th March to 16th December 1971. King Mahendra passed away on 31st January 1972, and the annexation of Sikkim began a year later with its absorption into India in May 1975. One can understand what must have worried King Birendra, and justifiably, as he proposed his Zone of Peace: he lived to see the third blockade between 23rd March and 1st July 1990 that ended the Panchayat system. Unfortunately for his republican successors, their new dispensation brought about by the 12-Point Delhi Deal did not spare Nepal a fourth blockade eitherbetween 23rd September to 5th February 2016!

It was Nepal’s and King Birendra’s great diplomatic success that 114 countries had endorsed the Zone of Peace proposal (except India, and for obvious reasons!). Unfortunately, the leaders and parties of the new dispensation that replaced the Panchayat quietly shelved it. Which is probably why their current attempts to burnish their nationalistic credentials with the pointed Kalapani-Lipulekh map rings rather hollow to the larger global diplomatic community!

A few quotes of King Birendra from the book by his press secretary Narendra Raj Pandey that I recounted in my earlier piece (which I have called his Dibya Upadesh) might be worth reflecting over:

The best remembrance of King Birendra might be what has been argued by Independent Civic Society: restoring the 1990 constitution which he promulgated would be honouring him and also the great democratic political leaders who collaborated with him in its crafting: Ganesh Man Singh, Krishna Prasad Bhattarai, Man Mohan Adhikari, Madan Bhandari, Nirmal Lama and many others. There is still hope to redeem Nepali history and its peaceful traditions.