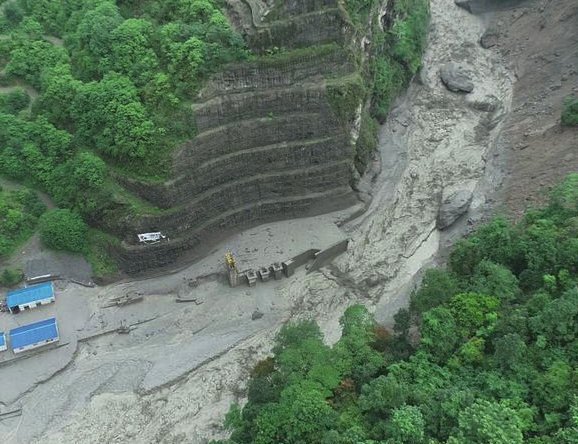 Bashudev Paudyal, executive Director of the Melamchi Water Supply Development Board, said that the works have begun to clear the debris and bring water back to Kathmandu.

The head works of the project was buried by the debris of Melachi flood seven months ago.

He told The Rising Nepal that the Chinese contractor Sino Hydro has recently moved heavy equipment to the site and begun preparations to remove the debris from Friday.

“The work will be executed in a way so that the water from the Melamchi River can be brought to the Kathmandu Valley by the Nepali New Year 2079, on 14 April 2022,” Paudyal told to Mod Dhakal of The daily.

“In the first phase, the debris obstructing the water from channellising into the tunnel connecting the river and reservoir in Sundarijal of Kathmandu will be removed so that the water could be brought to the valley temporarily,” said Paudyal, who returned from the site on Friday after making an observation of the preparation made by the contractor.

A temporary access road to the MWSP’s head works was recently opened. The board has extended the deadline to complete the construction of the head works by mid-July this year as per the decision of a Cabinet meeting a couple of weeks ago, and directed the Sino Hydro to reach the site. The cost of the contract has also gone up by Rs. 320 million with the time overrun.

According to the primary estimates made in August last year, the floods caused damages of about Rs. 2 billion to the project and the head works was buried about 15-20 metres down the debris.

The EU And Nepal Hold Their 14th Joint Commission By NEW SPOTLIGHT ONLINE 12 hours, 15 minutes ago