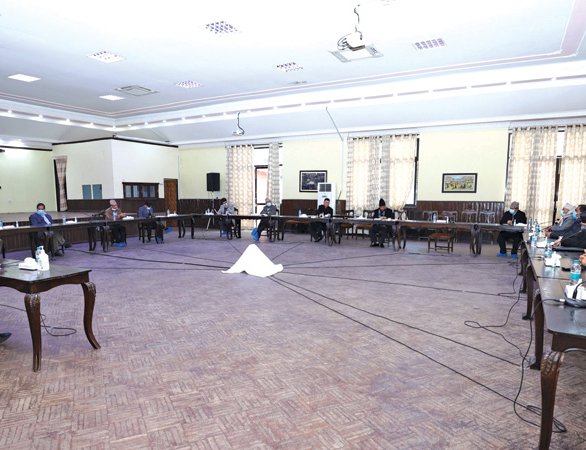 Top leaders of the ruling parties met twice on Saturday and the second meeting concluded to hold the local elections.

According to the daily, the meeting held at Prime Minister Sher Bahadur Deuba`s official residence in Baluwatar suggested the government to conclude the local elections by Mid-June, said government spokesman Gynendra Bahadur Karki after the meeting.

He said the High Level Political Committee meeting also suggested the government to initiate laws amendment process if necessary and if it contradicted with the constitution.

Minister for Communication and Information Technology Karki, who is also member of the high-level political committee, said the local level elections will be held by mid-June.

He informed the government would announce the election date by consulting with the Election Commission. The second meeting was held at 4 pm as scheduled by the first meeting in the morning.

Discussions were held with the legal experts again at the PM's residence in Baluwatar before the second meeting.

After the conflict between Article 225 of the constitution and the Local Level Act, 2073 BS, the legal experts had suggested that the law should be amended in accordance with the constitution. These and other current issues were discussed in the first meeting.