Impact Of Indian Budget 2022-23 In Nepal: Some Observations

Impact Of Indian Budget 2022-23 In Nepal: Some Observations 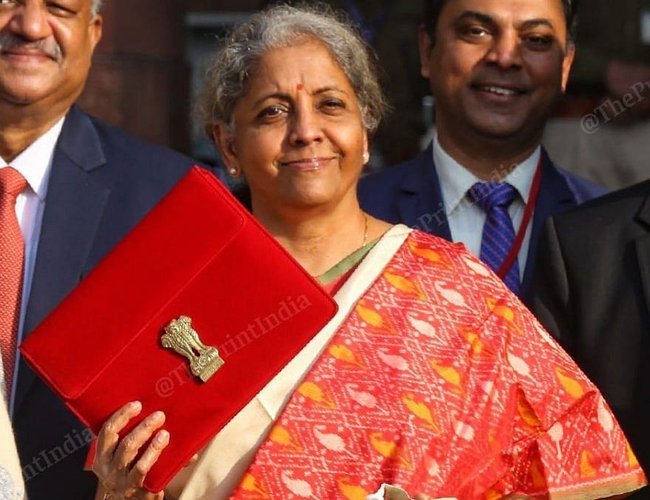 Indian Finance Minister NirmalaSitharaman has made public the budget for the fiscal year 2022/23. He also said that there has been a sharp increase in public investment and capital expenditure in the budget 2021-22. This budget (2022-23) will benefit the youth, women, farmers and the backward classes.

The finance minister presented her fourth budget. This is the tenth budget of the NarendraModi government, and the second paperless budget given the ongoing pandemic of Covid 19.

The slab of income tax has been kept unchanged in the budget in view of the epidemic of corona virus. Business taxes have been reduced to support the economy. The current business tax has been reduced from 12 percent to 7 percent. Farmers and startups are given priority.

Indian Finance Minister has claimed that the government has brought this budget by planning for the next 25 years. It has also promised to create 1.6 million new jobs. The budget has set a target of 9.2 percent for the coming fiscal year.

The goal is to increase the size of the Indian economy to 5 trillion by FY 2026. India will recognize digital currency trading from this year. It is stated in the budget to prepare legal framework for this. It has been announced that cryptocurrency will be brought under the tax net. Income from transactions in such currencies will be taxed at 30 percent.

The government is launching digital rupee next year. This currency will be issued by the Central Bank. It has also been announced to establish a digital university to promote digital education.

This means that petroleum products have become more expensive in India since February 1. The budget emphasizes on making India self-reliant in the field of electronics. Mobile phone chargers, mobile phone cameras, lenses, transformers, etc. have become cheaper due to the tax exemption.

However, it has been announced that a framework will be prepared to levy customs duty on such items to support Indian companies manufacturing headphones and earphones.

In other words, such goods imported from other countries, including China, are becoming more expensive. Single or multiple loudspeakers, smart meters, solar cells, solar modules, X-ray machines, etc. have become expensive due to changes in customs.

The government has set aside an additional Rs 519.71 billion to clear the debt of debt-ridden state-owned airline Air India. The budget also states that LIC is preparing to issue an IPO.

The government has kept the tax slab intact to support the middle class amid the Corona virus epidemic, claiming that the budget belongs to the general public. But the expectation of widening the limit of personal income tax has been met this time as well.

The tax deduction limit for government employees has been increased from the current 10 percent to 14 percent. The impact of the budget has been positive in the Indian stock market. The BSE Sensex and Nifty were green at the close .

Nepal has close economic ties with India due to open borders and recent exchange rate arrangements. Therefore, under the national policy of effective management of national economy and liberalization and globalization, Nepal should regularly monitor India's economic policies and programs to get maximum benefit from Nepal's economic partnership with the outside world.

"The capital adequacy level is above the regulatory minimum and the non-performing loan ratio is low, but the banking system needs to be closely monitored," the IMF report said.

The IMF has called for a proper assessment of the potential decline in banks' profitability and capital adequacy levels due to the impact of COVID-19 and the impact of increasing levels of credit loss provision.

Proper monitoring of the impact of rising leverage in the real sector is needed. Although the authorities are determined to gradually address the shortcomings in the quality of property in the midst of the effects of Covid 19, concrete plans based on a full view of the potential effects remain to be announced.

More clarity is needed to assess the health of the banking sector. However, the IMF welcomes the readiness of Nepal Rastra Bank to tighten macro prudential policies to curb credit growth and reduce the build up of financial weaknesses.

"The measures adopted in the financial sector related to COVID 19 should be consistent, and the rest should be targeted and timely," the report said.

The Government of India has given an annual grant of about Rs. 12 billion to Nepal for the fiscal year 2022/23, which is 24 percent less than the amount allocated for 2021/22. Presenting the federal budget for the fiscal year 2022/23, the Finance Minister of India said that India has allocated the above mentioned amount in the form of grant to Nepal.

In 2021/22, the Southern Neighbor spent Rs. 15.87 billion was allocated. However, the actual amount received by Nepal during that period was only Rs. 6.5 billion. The grant given by the Government of India to Nepal is the second highest among the South Asian countries. India has been providing Rs 22.66 billion to Bhutan, which is the largest amount. In 2019-20, Nepal received Rs. 19.16 billion, which decreased by 26.54 percent to Rs. 14.08 billion.

Apart from South Asian countries, India also provides grants to Myanmar, Mongolia and many African and South American countries. Effects: Different sectors will experience the impact of the Indian budget in Nepal, but the effects may not be the same for everyone. In some cases, Nepal's decision-makers have chosen to follow the course of events in India.

At the same time, there is little possibility of change in the exchange rate system in Nepal. According to the International Monetary Fund, “The steady peg of the Indian rupee has served Nepal well, sending positive impulses (growth / financial stability) from India; It has increased expectations and increased transparency; This avoids the effects of political uncertainty on exchange rate behavior.

Similarly, the rate of inflation in Nepal from the past is determined by adjusting the prevailing prices in India to the exchange rate. Although this does not apply to all commodities at all times, the average price level, over a period of time, cannot differ between the two countries. In particular, economic growth, prices and exchange rates will have a major impact on budget policies and programs.

The Indian budget expects GDP to grow at a steady pace, and India should unhesitatingly embrace growth as its highest goal. Food inflation is worrisome, all steps will be taken to increase the supply side. Both of these goals, especially prices, will have a positive impact on the Nepalese economy.

The impact of high growth in India will generally be positive, especially in terms of exporting Nepali goods to India. This will increase the demand for Nepali products, increase the number of tourists visiting Nepal and increase Indian investment in terms of double tax exemption. There is no doubt that the local environment and policy should be conducive for such development.

The recent Indian budget and the railway budget have highlighted challenges and opportunities for Nepal, which is sure to put the government under pressure from high inflation and historically high payment deficits. In addition, the budget has increased public spending, and railway fares, which have driven up inflation in India - indicate a stronger impact in Nepal as well.

As the Nepali financial institutions are facing difficult times to control double digit inflation, Nepal Rastra Bank should take appropriate steps in time for the possible return of the budget.

Lately, Nepal Rastra Bank has been conducting studies in Nepal for office purposes on the impact of Indian budget. Nepal Rastra Bank should conduct similar studies on impact study in collaboration and consultation with the private sector and concerned stakeholders. Suggestions, conclusions and steps to be taken are important. It should not be taken lightly.

Since Nepal's economy is not doing well, the government may have to make tough decisions, depending on the economic and technical aspects of the economy.

The impact of economic reforms in India has been found to have a direct and positive impact on Nepal's economic development. The rising growth rate in India has affected the increased investment in Nepal and has shown that the demand for Nepali goods and services has increased. However, the lack of infrastructure development in rural areas compared to India and the rejection of subsidies to agriculture and inadequate development of agricultural infrastructure, credit facilities and irrigation will affect the agricultural sector, making it inefficient to compete.

Also, in the context of India's increased facilities for foreign investment, if Nepal does not become competitive, it seems that foreign investment will go to India. India's budget has added challenges for Nepal. India has brought a budget focused on economic growth in view of the upcoming elections.

India has put forward infrastructure plans to create a business-centric environment through budget and to promote internal and external business. There are those who believe that Nepal can benefit from improving its connectivity with India. India also has "PM Gatish" in infrastructure under "trade logistics"

India's budget has added challenges for Nepal. India has brought a budget focused on economic growth in view of the upcoming elections. India has put forward infrastructure plans to create a business-centric environment through budget and to promote internal and external business. There are those who believe that Nepal can benefit from improving its connectivity with India. India has also introduced "PM Gatishakti" program in infrastructure under "trade logistics".

If we can do well with India in roads, waterways, railways and logistics, trade with India can be competitive and trade with third countries through India is likely to reduce its cost. In addition, India has adopted a policy of encouraging startups by simplifying and facilitating business through budget.

As there is a strong possibility of 'Brain Dain ' from Nepal towards India, Nepal has to adopt its war policy in that direction in time. India has made arrangements to open a business from home. Startup's tax incentives are up to 4 years. There is no denying the possibility of doing business in India as it is easier to do the same business than producing in Nepal and selling in India. Through the budget, the Indian government has reduced tariffs on various goods this year.

Due to this, there is a strong possibility that the number of imported and re-exported goods in Nepal may decrease. However, due to increase in customs duty on some items, goods that are more expensive than Nepal's will enter Nepal and that will put pressure on foreign exchange. India has also recognized digital currency through this year's budget. If it looks beneficial, even Nepali's money can be 'parked'. Some have described the Union Budget 2022-23 as a "sour-sweet" (sour and sweet) budget. "People expect every little thing to fit into the budget, but that doesn't happen.