MCC Will Be Tabled In Parliament Today: NC Spokesperson

MCC Will Be Tabled In Parliament Today: NC Spokesperson 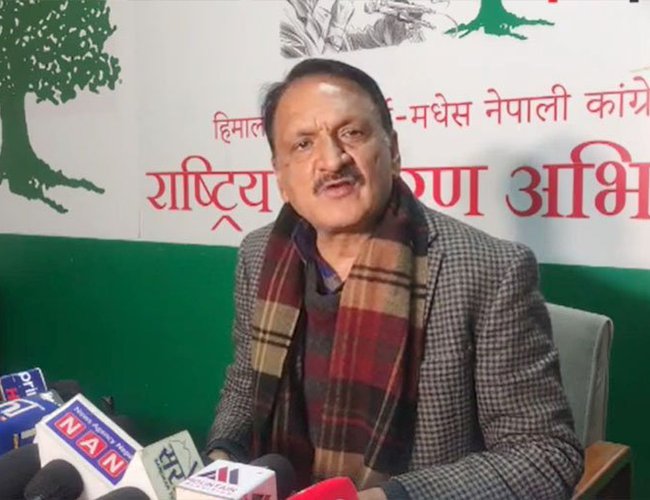 The main ruling Nepali Congress (NC) has stated that the compact that Nepal reached with the Millennium Challenge Corporation (MCC) will be tabled in the parliament on today reports The Rising Nepal.

Talking to journalists after the meeting of the NC's central work performance committee today at NC central office in Sanepa, Lalitpur, NC spokesperson Dr. Prakash Sharan Mahat said that the MCC would be tabled in the parliament tomorrow.

The NC spokesperson informed that Speaker Agni Prasad Sapkota has expressed commitment to table the MCC in the parliament.

'Speaker has made a commitment. The MCC will be tabled in parliament tomorrow. If it is not included in the probable agenda for tomorrow's parliament meeting, it could be added.

Finance Ministry Cut The Budget Of Purchasing Newspapers And Printing Under its Austerity Measures By Agencies 11 hours, 17 minutes ago