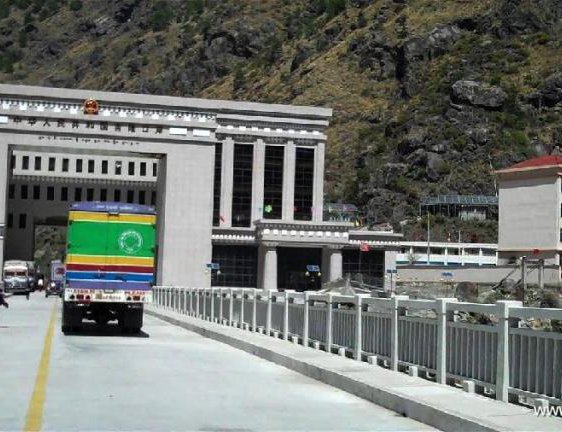 Locals of Bhotkhola in the northern part of Sankhuwasabha district have been facing difficulties to maintain their livelihood since the closure of Kimathanka check post by China about two years ago to prevent the spread of coronavirus.

The people of Bhotkhola, who heavily rely on supply of food grains and other edible items from Tibet autonomous region of China, have been facing a food shortage.

The people of Kimathanka, Chyamtang and Hudgung in Bhotkhola Rural Municipality-1, 2 and 3 have been facing inconveniences due to border closure.

The closure of the border in early 2020 has affected a large number of Nepali entrepreneurs and labourers of Bhotkhola.

Kimathanka is located 162 km north of the district headquarters Khandbari. This region is not connected to any national road.

Since people of this region have to walk for many days to reach the district headquarters on foot, locals were forced to go to Tibet for employment.

Prior to this, locals of Bhotkhola used to visit Tibet daily for jobs and return home in the evening. But since the closure of the border, the locals are having a hard time to eke out their livelihood.

According to Bandavi Bhote, a local of Kimathanka, majority of the locals from Kimathangka, Chamtang and Hungung used to work as a labourer in the construction sector, while some visited Tibet for business purposes.

Before the border was closed, food items were also exported to Nepal from a commercial building built by the Chinese government in Changa Bazaar in Tibet.

For the last two years, the locals of Bhotkhola have been disconnected from the Tibetan market.

The locals of Bhotkhola have been suffering from food shortage time and again.

Following the food crisis in the area last year, the government had sent food using helicopters.

Even two weeks ago, food items could not be transported to the region by road due to heavy snowfall. Later, food grains were sent after the weather improved.

The Chyamtang to Ghungappa of Bhotkhola Rural Municipality-2 is still not connected by road. The Nepal Army is working to open a 10.5-kilometer road track in the area.

The locals have been asking authorities to take initiatives to reopen the border.

Residents of Bhotkhola, who lost their jobs when the checkpoint was closed, have been demanding immediate reopening of the checkpoint.

Ward Chairman of Bhotkhola Rural Municipality-1 Tenchebi Bhote said that they had been asking concerned authorities to make the life of the people of Bhotkhola easier, by reopening the checkpoint, as the COVID-19 infection rate has declined recently.

Chairman of the rural municipality, Temba Bhote informed that they have drawn the attention of the District Administration Office to take initiative to reopen the border.

Chief District Officer Noor Hari Khatiwada said that a letter has been sent to the Home Ministry asking to take initiative to reopen the Kimathanka checkpoint.

Reported In The Rising Nepal