National Democracy Day 2022: Falgun 7 And Its Importance In Ushering the Era Of Openness And Democracy In Nepal

National Democracy Day 2022: Falgun 7 And Its Importance In Ushering the Era Of Openness And Democracy In Nepal 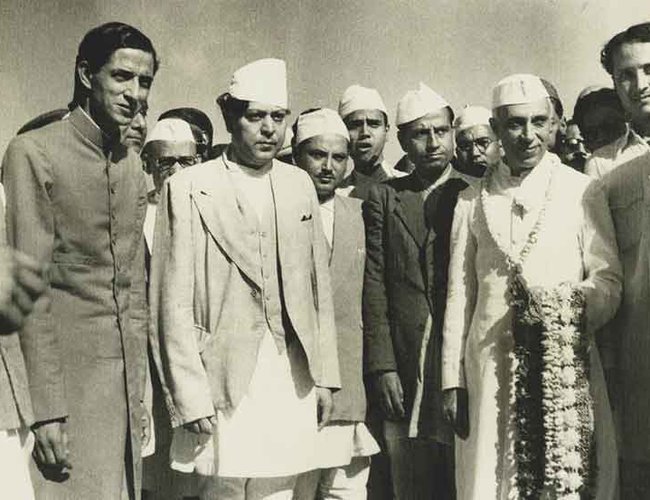 What is missing in their statements is the name of King Tribhuwan whose contribution was immense to open Nepal. After a mutual agreement between Ranas, Nepali Congress and King Tribhuvan, a tripartite agreement was signed in Delhi. Finally, On February 18, 1951 (7th Falgun 2007 B.S.), King Tribhuvan returned to Nepal as head of state. The major provisions of the Delhi Accord (Agreement) are as follows:

An elected constituent assembly will create a democratic constitution within 2 years.

There will remain an interim cabinet (government) of 10 ministers under the Prime Ministership of Mohan Shumsher, of which 5 ministerial positions will be taken by the Nepali Congress.

There will be no restriction to political organizations. All the political prisoners will be set free and agitators have to hand over all their weapons to the government.

King Tribhuvan will remain the King of Nepal and ultimate power lies in the monarch.

Since 2006, the celebration of the National Democracy Day and Tribhuwan Jayanti has changed. With the pressure from Maoist, Nepali Congress government even downgraded national democracy day and its importance in ushering the era of openness in Nepal.

For his contribution, King Tribhuvan Bir Bikram Shah was regarded as Nepal’s ‘father of nation’ for his role in ending the familial Rana rule and establishing democracy in Nepal. He became the king upon the death of his father, King Prithvi Bir Bikram Shah, when he was only five years old. The position of king at that time was mainly ceremonial.

On 6 Nov 1950, King Tribhuvan took refuge at the Indian Embassy in a campaign to remove Rana oligarchy and establish democracy in Nepal. Prime Minister responded to this move by making the three-year-old grandson of King Tribhuvan as the new King of Nepal. On Nov 10, Royal family was flown to New Delhi without the infant King.

King Tribhuvan was formally welcomed by the Indian Prime minister Jawahar Lal Nehru who also announced that India was not going to recognize the change in Nepal. The removal of the king led to huge demonstrations in the country. Finally, a deal was stuck in New Delhi between King Tribhuvan, representatives of Nepali Congress and of the Rana Government.

On February 18, 1951, King Tribhuvan returned from India and formally declared an end to Rana’s family rule and established a democratic system.

Aged 48, he died in 1955 in Zürich, Switzerland under mysterious circumstances and was succeeded by his eldest legitimate son Mahendra. The international airport in Kathmandu, Tribhuvan International Airport, the oldest highway in Nepal Tribhuvan Highway.

Five years back in 2017, when Maoist leader Prachanda was prime minister, he decided not to hold any program on this day.

“This day has passed unnoticed. On February 15, 1951, two aeroplanes flew from Patna, India and landed at the Gauchar Airport, now known as the Tribhuvan International Airport. Aboard the aircrafts were King Tribhuvan, and the leaders and commanders of the revolution. King Tribhuvan had finally returned to Nepal after being ousted from the throne by the Ranas in 1950. His arrival was greeted by a mass of supporters who cheered them on as they made their way into Kathmandu Valley. Also awaiting him at the airport were Prime Minister Mohan Shumsher and his generals, who were, in all likelihood, unwillingly waiting to salute the king they themselves had a hand in ousting. Regardless, the presence of both the revolutionaries and the Ranas indicated that all regarded King Tribhuvan as the legitimate head of state of Nepal,” wrote Nepali Congress leader Ram Chandra Pokharel in his article in The Kathmandu Post.

“On February 15, 1951, colourful flags of Nepal and the Nepali Congress were waved along all the streets and roads in the valley of Kathmandu. Revolutionaries thronged the streets of the Valley. BP Koirala in his memoirs Atmabritanta says, ‘…I saw the king’s arrival creating a unique wave of unusual encouragement among the people.’

On the day of February 18, the king addressed the nation and declared democracy in Nepal. The king also pledged a new constitution through the formation of a constituent assembly elected by the people. Moreover, in his address, the king named cabinet members for the first time in the history of Nepal. BP Koirala was nominated as the leader of the people and given the portfolio of Home Minister. Mohan Shumsher continued as the Prime Minister, not as a despotic ruler, but as a coalition partner in a democratic government. The People-Rana coalition government was given the responsibility of governing the nation with a democratic system of governance until the election of the constituent assembly.”

The Nepali people fought for long years for the advent of democracy. February 16 was the day when Nepalese found the open society.

On the occasion of the 56th National Democracy Day on February 19, 2006, King Gyanendra delivered a message to the nation. Presented below is the full text of his message:

As we celebrate the 56th National Democracy Day today, we pay homage to our august grandfather His late Majesty King Tribhuvan and all the brave souls who laid down their lives for the cause of democracy.

To ensure that an exercise in democracy is meaningful and sustainable, the people's right to elect representatives of their choice must be recognized as sacrosanct. The Nepalese people have demonstrated their faith in the power of the ballot during the recently held municipal elections. In spite of the apparently adverse environment, the courage shown by them is indeed commendable. The commitment of the people has led to the victory of democracy. The Nepalese people have been encouraged by this success to install all representative bodies through election and sustainable peace.

Peace and democracy are the aspirations of all. The nation, therefore, seeks solidarity amongst all who have faith in multiparty democracy. This solidarity must be achieved at the earliest so as to formulate a mechanism which ensures that peace and democracy are never again jeopardized. In the coming days as well, democracy can be reenergised with the activation of all representative bodies through the electoral process. Our continued interaction with the people has led us to believe that the time has come for all those who believe in these ideals to chart a course ahead, with the welfare of the nation uppermost. We, therefore, call on all willing political parties to come forth to fully activate, at the earliest, the stalled democratic process in the greater interest of the nation. Let us listen to others, put across our views, do away with discord and enhance mutual understanding; let us consolidate peace and democracy.

Inspired by our glorious tradition of patriotism, those who have been misguided should, without further delay, enter the mainstream of peace and multiparty democracy, eschewing the path of violence and destruction.

We are committed to upholding and safeguarding the Constitution in the greater interest and progress of the Nepalese people. It will do well to remember that democracy will be secure only when the rule of law is upheld and the Constitution alone forms the basis of rule of law.

May this day inspire us to activate a democratic process dedicated to sustainable peace and welfare of the country as well as initiate a new chapter of understanding amongst us all. May those who sacrificed their lives to usher in democracy and all those who place the dignity and glory of the nation above all else inspire us in achieving these noble objectives.

May Lord Pashupatinath bless us all