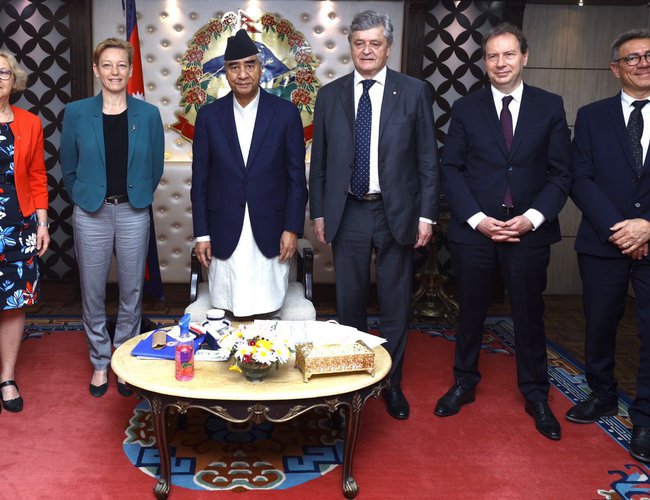 At the meeting held at the official residence of the Prime Minister at Baluwatar, Kathmandu, the two sides discussed matters relating to the promotion of Nepal-France bilateral relations.

Vice-chairpersons of the visiting French delegation are Nicolas Forissier and Graziella Melchior.

On the occasion, PM Deuba lauded the support extended by France, a long-standing ally of Nepal, to Nepal's socioeconomic sector.

A delegation led by Véronique Riotton, President of the France-Nepal Parliamentary Friendship Group of the French House of Representatives, has today paid a courtesy call on Speaker Agni Prasad Sapkota at the latter's office in Singha Durbar.

On the occasion, Speaker Sapkota said that the 73-year-old diplomatic relations between Nepal and France have been mutual and exemplary. 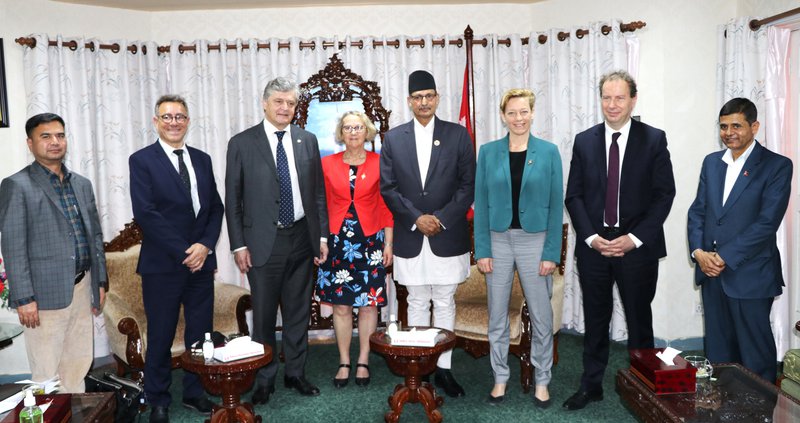 He also thanked the Government of France and its citizens for its assistance in the medical sector and under COVAX facility to Nepal to fight COVID-19, said Speaker Sapkota's Secretariat. Stating that France's role in addressing problems created by climate change would be important, he said the 2015 Paris Agreement would remain memorable.

Stressing cooperation and understanding among all for prevailing peace, the Speaker said, "I on the capacity of Speaker of the country of Buddha: Let's all from their own place initiate for world peace." In response, the three-member French delegation leader Riotton thanked Nepal for its hospitality to them during their visit.

For mutual assistance and cooperation between the two countries, areas could be selected through discussions, she said. Apprising the meeting of practices done by the National Assembly, the lower house of the bicameral French Parliament, other delegation members viewed that exchange of bilateral visits between the two countries would be an opportunity to learn a lesson for the parliament of both the countries reports RSS.