Build Back Better And The Preservation Of Amar Narayan Temple - Tansen (Palpa)!

Build Back Better And The Preservation Of Amar Narayan Temple - Tansen (Palpa)! 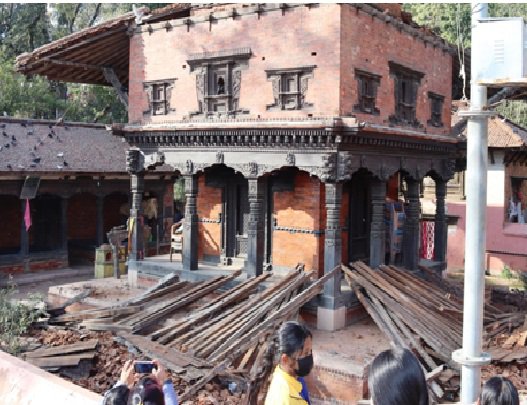 As the temple is older than the Bhagwati temple in Palpa, all the three governments, namely the central, state and local, should take interest in immediate restoration and rebuilding of the temple. Concerned officials say that the temple should be monitored from the posssible theft and undue activities that can occue if proper care are not taken .

This temple was built by Amar Singh Thapa, the first governor of Tansen in 1807 and is considered to be one of the most beautiful temples outside the Kathmandu Valley.

Devotees come here every evening to light the ghee lamp in honor of the patron deity Lord Vishnu. At the beginning of the stairs leading to the Amar Narayan Temple, which has 21 steps, is the same but smaller temple of Lord Shiva.

Remember, Amarnarayan Temple is a Vishnu temple located in Palpa district of Lumbini region of Nepal. Amar Narayan Temple is an artistic temple built by Amar Singh Thapa, a devotee of Vishnu, near a beautiful garden and uninterrupted water source. The tradition of staying awake on Bhadra Krishna Ashtami and taking out a chariot on Navami is still going on. 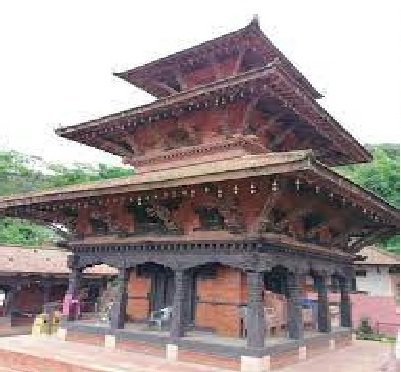 Guthi has also been arranged to run the temple. General Amar Singh Thapa came as the first Grand Governor to run the administration of Palpa State, which was the last to be merged in connection with the unification of Nepal.

In 1863, the temple of Amar Narayan was built by arranging a thousand muri mato guthi in Madi field to meet the annual expenses. There are places in Kathmandu like Asan, Tundikhel, Makhan etc.

In Tansen because the Newar Kaligarhs of Kathmandu were brought to build this temple. Here too, like in the temple of Uma Maheshwar in Kirtipur, pictures of Kamakrida are carved in various postures at the end of the pagoda style tundal. It is believed that this will not cause cracks or lightning

In the past, the Tansen Municipality had tried to preserve the historic Amarnarayan temple area in Tansen. It is seen that the land of the temple area has been encroached by the locals and the cultivation of maize has started.

The area from the survey office in the north to the Dhawal Library was cordoned off and garbage was dumped and entry into the temple area was stopped. There is a possibility of stopping the dumping of garbage by crossing the tarpaulin.

It is said that Hanuman and Naugraha temples were also built in the temple area in the same year. Some work was done by development organizations on 27 ropanis of land in the temple area as per the program to make fruit ropes beautiful.

It is considered as the last pilgrimage of Palpa district. The Amar Narayan Temple of Palpa Tansen was built by Kazi Amar Singh Thapa about 212 years ago. The news that the the temple, which was built after defeating the British, is now being in a dilapidated condition. It is said that the negligence of the construction company had turned the area into a ruin.

The renovation of the Amar Narayan Temple in Palpa Tansen has been started with 60 percent loan and 40 percent grant from the World Bank. The contract was signed in 2070 BS to complete the construction work in 2072 BS. The construction contract was awarded at a cost of around Rs 35 million. It is pertinent to mention here that some opine that the construction company did not work according to the design of the map and used substandard materials.

Kazi Amar Singh Thapa built the temple of Amar Narayan after the Gorkhali army defeated the British army during the Nepal-British war. The locals have strongly demanded the protection of the area, which has a history of 212 plus year history , and the reconstruction of the temple.