Federalism And Policing: Challenges And Opportunities

Effective and efficient policing establishes the foundation of successful democratic system and demonstrates the state's legitimate presence in the community. It also promotes the culture of lawful society. 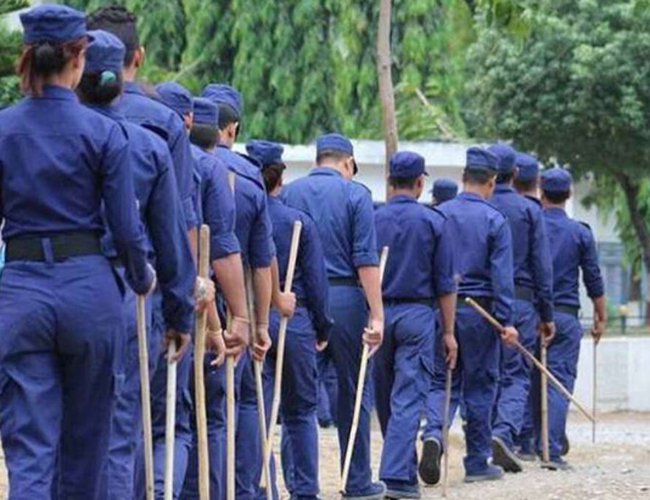 Policing is known as a local phenomenon and should be established as a public entity to serve ordinary people with their partnership and collaboration. Good policing is considered a police service that abides by the principles of responsibility, transparency, accessibility, and accountability. In another word, the police organization should be constituted as a people-centric rather than a power-centric institution that aims to fulfill public aspirations. The centralized police system is mostly observed towards serving the people in power and access to resources. The policing services are found efficient and effective in democratic societies if it is decentralized, locally owned and promoted. The main objectives of the policy should be identified as universal standards of policing that include maintenance of law and order, assurance of rule of law, protection of human rights, security of public properties, and prevention of crime and its investigation.

Effective and efficient policing establishes the foundation of a successful democratic system and demonstrates the state's legitimate presence in the community. It also promotes the culture of a lawful society. The pillars of functional democracy become unstable without efficient and professional police organization. In a democracy, the role of the police is extremely important to safeguard the interest of the government with due respect to the dignity of the people and due process of state mechanisms. Therefore, it is an official public institution, which is founded to serve the common people, and provide support to the government while fulfilling public aspirations. It means that civilian police should be developed as an organization, which understands local norms and values, as well as the culture, language and traditions of local populations. Such police organizations should incorporate universal principles of policing without compromise, but they should be integrated in local perspectives. In Nepal, Nepal Police (federal) should be established to meet principles of national standards incorporating international standards. However, the Provincial Police should inherit the spirit of the 2015 Federal Constitution, and represent the voices of the people of the province.

With the announcement of the 2015 Federal Constitution of Nepal, the country has entered to federal system from a unitarian oner. The constitution envisions three tiers of government, which include federal, provincial and local governments. It also outlines that the new forms of governance should function at all levels under the mandates of cooperation, collaboration and coexistence. Article 232(1) of the Constitution states that "the relations between the Federation, States, and Local level shall be based on the principles of cooperation, co-existence and coordination." It is believed that the institutionalization of federalism will not be complete without establishing functional provincial police institutions within the principles of democratic and pro-public policing.

Comprehending new dynamics of policing and incorporating the spirits of political changes poses numerous challenges in society. However, introducing the concept of democratic policing, as well as pro-public and human rights friendly policing can bring positive vibes to society while implementing federalism. It helps to achieve the goals of a state restructuring process. In comparison with other provinces that have adopted the Provincial Police Acts, the Gandaki Provincial Government has made remarkable progress in terms of meeting public expectations. It should be recognized as a forward-moving step as an initiative of the police reform process, which integrates new principles of policing applicable to an open society, and responsible governance. The main features of the Act include a) basic principles of police service that includes a commitment to democracy, rule of law and human rights, b) pro-public policing system such as Metropolitan, rural, neighborhood and volunteer police system, c) human rights friendly policing and citizens' rights as an obligation of the police, d) independent oversight mechanisms to be represented by the eminent persons of the society, and e) an inclusive training committee represented by the intellectuals and professionals. These efforts of the Gandaki Provincial Government are commendable and help to broaden the horizon of police services in a changed context, and are taken as an example to replicate in other provinces. In addition, the high levels of commitment to modern forms of policing, including accountable, transparent, responsible and pro-public police institutions are expected to be introduced in other provinces, including Lumbini, Karnali and Sudur Pashchim.

Federalism has created an opportunity to reform public institutions, including Nepal Police. The smooth federalization of Nepal Police indicates the country moving toward successful federalism. It is a public institution and is highly dedicated to supporting the government in the implementation of its policies and programs while implementing. Therefore, it is essential to shift its policies and strategies, which are friendly and accessible to common people. Without pro-people policing, it is almost impossible to achieve the goals of the police to ensure security and rule of law in the country. It means that the policing philosophy should be transferred from conventional to modern police services that incorporate friendly to democratic values, human rights, and access to justice while protecting the interest of the country. In this regard, the policing strategies in Nepal must be restructured and reformed as per the spirit of the Constitution, changing the dynamics of society and public expectations. The establishment of functional provincial police provides a positive message of federalism and the state restructuring process.

The Author Budhathoki, a well-known expert on peacebuilding, human rights and public security, is currently associated with the Niti Foundation as Human Rights and Public Security Expert. He can be reached at peace.sb@gmail.com