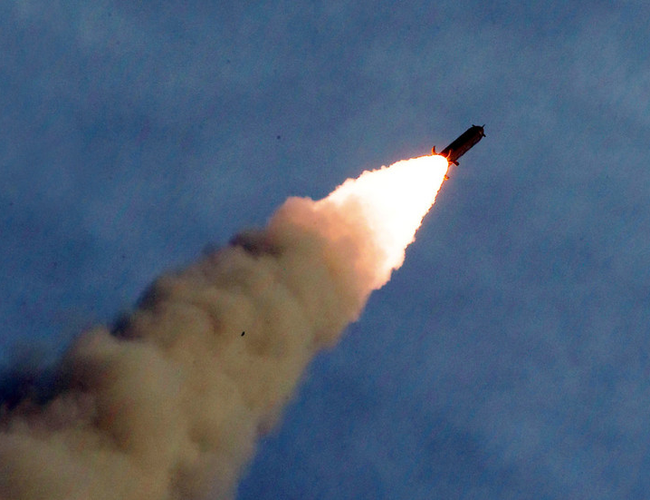 North Korea says it has successfully conducted a test launch of what it calls a "new-type tactical guided weapon."

The newspaper of the country's ruling Workers' Party, Rodong Sinmun, reported in its Sunday edition that the launch took place in the presence of the North Korean leader Kim Jong Un.

It is believed the weapon was a short-range ballistic missile. The launch likely took place on Saturday.

The paper published photos of the projectile shooting up from a launcher and hitting a target island. Others show Kim clapping and smiling with soldiers.

The report said the weapons system will help strengthen the effectiveness of the country's tactical nuclear operations and diversify its firepower.

Over 1,500 Die In Devastating Earthquake In Turkey By Agencies 5 hours, 37 minutes ago