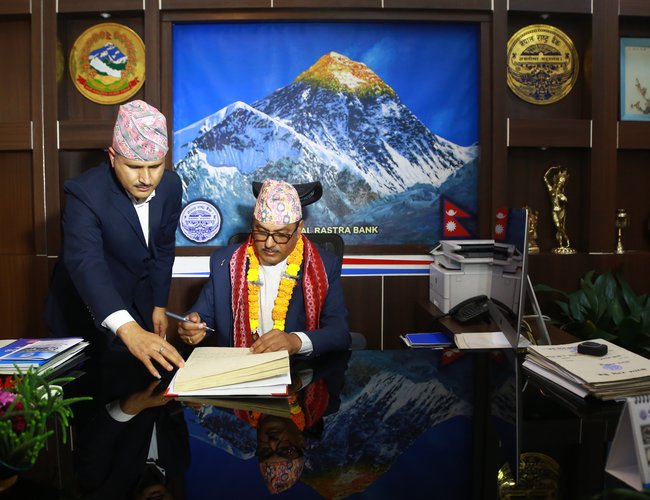 Governor of Nepal Rastra Bank Maha Prasad Adhikari joined his officer following a short term stay order issued by the apex court. He was welcomed by NRB officials on Wednesday as he returned to resume his duties.

The apex court also issued a show cause notice to the government and asked both sides to present their arguments in the next hearing on April 26 when the court would decide whether or not the interim order should be issued against the suspension of Adhikari.

Adhikari had filed a writ petition at the SC on Sunday demanding his reinstatement and had challenged the government's decision to form a three-member committee to initiate a probe against him.

The Nepal Rastra Bank Act stipulates that the governor or any official of the NRB shall be automatically suspended once the government launches an investigation against them.

He was suspended by Ministry of Finance last week. After hearing, single bench led by Hari Phuyal issued interim order to restore him citing that the reason given by the government to suspend governor Adhikari was inadequate.