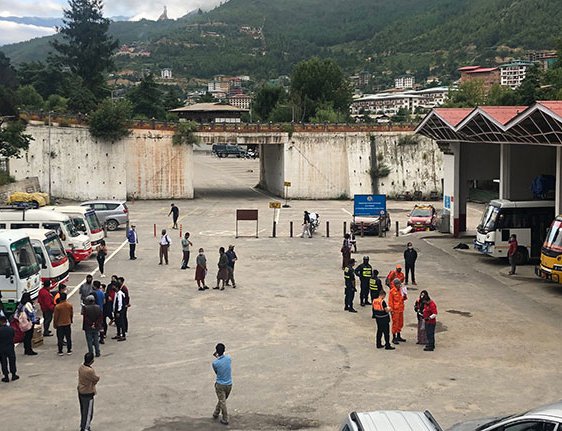 The government is exercising the “highest prudence” in the management of the convertible currency (CC) reserve as economic activities are expected to resume.

“Sri Lanka and Nepal have reported a decline in remittance. However, unlike most countries Bhutan has recorded a drastic increase in remittance,” reports leading daily of Bhutan

Although the country was largely successful in sustaining the foreign currency reserve in the past two years of the pandemic, the reserves (CC and INR combined) declined by 12 percent, from USD 1.6382 billion (B) in November to USD 1.4372B in December last year.

The normalisation of Covid protocols is expected to drive imports, which will entail increased pressure on the CC reserve. The high rates of inflation including that of fuel and the depreciation of the ngultrum against the US dollar are also an issue.

The government appears to be in a comfortable position when it comes to meeting the constitutional requirement of having a minimum foreign currency reserve enough to meet the cost of not less than 12 months’ essential imports.

The foreign currency reserve in December was enough to meet the cost of imports for 19.8 months, a decline from 22.5 months in November 2021. This was the lowest total reserve recorded in 2021.

Finance Minister Namgay Tshering said that the country was “comfortable” at the moment with the foreign currency reserve.

However, he added that the government was careful not to invite the economic crisis that some of the countries in the region were facing. “The government and the central bank have been exercising the highest prudence in managing the CC reserve.”

Many are asking whether the country could face economic situations similar to that of Sri Lanka, which recently defaulted on its foreign debts for the first time since its independence as its foreign currency reserve has depleted.

Another South Asian country, Nepal, has also tightened imports of cars, gold and cosmetics due to a decrease in its foreign exchange reserves.

Some of the cushions that the Bhutanese economy enjoys are that the ngultrum is pegged at par with the INR and 70 percent of the total public debt is self-liquidating, given that it is related to hydropower projects funded by the Government of India.

However, many of the issues the Bhutanese economy is facing, observers say, are similar to that of Sri Lanka and Nepal. The drastic decline in tourism earnings is common to the three countries.

Although the quarantine period for inbound international travellers has been reduced to five days, tourism is yet to pick up. Observers say that it is important to broaden the sources of foreign currency for an import-driven country.

The finance minister said that exports would be leveraged through the development of cottage and small industries. The promotion to Foreign Direct Investment (FDI) could also be one of the means to earn foreign currency.

The government plans to avail concessional loans and grants from development partners to strengthen the CC reserve.

The CC is also required to repay external debts, which is projected to have increased to 138.8 percent of GDP.

The country still enjoys the grace period on some of the external borrowings, which means that the CC reserve would come under further pressure once the repayment begins.

However, officials say that a decline in INR reserve could entail pressure on the CC reserve because CC is required to purchase INR if the country faces its shortages.

One of the issues has been a sharp decline in the domestic revenue, not only because of the pandemic but also because of the government’s tax policies. The government last year reduced the customs duty to 10 percent on most goods from up to 50 percent.

An official said that it was not the right time to slash tax rates in such a manner.