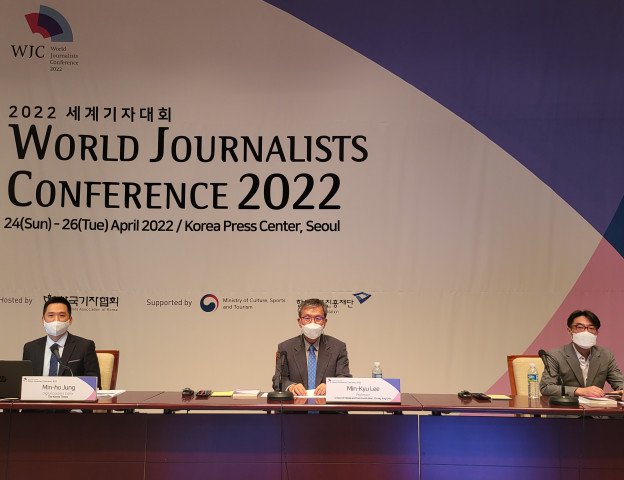 At a time when fake news is creating challenges for all traditional media organizations globally and media has been playing a big role in political and social transformation, over 70 journalists from various countries gathered at World Journalist Conference discussed fact-checking and the role of media played to bring political and social transformations in different parts of the world.

Prime Minister Kim Boo-kyum in his congratulatory message highlighted the importance of fact-checking in the context of the growing incidence of fake news and its devastating consequences.

In his congratulatory video speech, Prime Minister Kim Boo-kyum said that the conference provides a meaningful and valuable opportunity for the international community to find the role of the media in addressing important matters in times of uncertainty.

The Prime minister also stressed the media's role in delivering the truth. "We are facing a new world where anyone can easily produce, distribute and consume information, thanks to the development of digital technology. As people's thirst for the truth becomes more unquenchable, the value of journalism becomes even more invaluable." 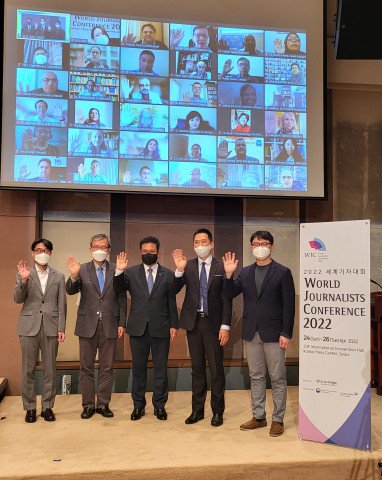 On the first day of the conference, journalists discussed how to fight the menace of fake news and use available fact-checking instruments. Under the theme of ‘Current Status of Fact-Checking by Global Journalism and the Operation of Media Self-regulatory Organization, the participants discussed the media self-regulation efforts conducted by major Korean media organizations and the related cases from different countries. The presenters described how media organizations have been making effort to restore the credibility of journalism.

About 27 speakers shared the menace of fake news and the development of fact-checking tools and steps taken in collaboration with various organizations. They also presented the current scenarios in their countries and discussed the increasing need for the media's role in delivering the truth.

Eun Ryung Chong, Director of the SNU Fact Check Center, and Hyung Joon Ahn, journalist of the MBC presented under the theme of ‘Current Status of Fact-Checking by Global Journalism and the Operation of Media Self-regulatory Organization in Korea’.

Flemming Ytzen, a columnist with the Danish newspaper Politiken said responsible media outlets have a duty to accurately report how our leaders are handling the situation and what the scientific community is advising, without succumbing to further hyper-politicization of events.

In the first session, journalists presented their views on checking the status of disinformation verification and policy inspection in each country –All of the presenters expressed opinions on how disinformation has emerged as a serious problem not only at the national level but also at the global level.

They said that the numerous serious risks and damage are caused by disinformation. - Disinformation rapidly diminished the trust and influence of journalism, especially the original function of journalism including checking, monitoring and representing the weak is being tarnished.

Journalists hold the view that the notable cases of the fact-checking and media self-regulation efforts from different countries should be shared to prevent disinformation, and ways for journalists around the world to cooperate/

On the second day of the conference, speakers discussed the role of journalists in change. The speakers included Environment Communication of Singapore Chairman Ivan Lim and others.

"The task is truly formidable and complex, as it requires, at least in the beginning, Herculean efforts," said Habib Toumi, a media advisor with the Bahrain News Agency. "It is not easy for journalists to understand the large-scale economic and intricate political factors and acquire the knowledge to formulate messages and engage public audiences amid a plethora of competing issues."

The journalists also discussed how media can expose the corruption and wrongdoings of political leaders, business groups and state officials through investigative reporting. 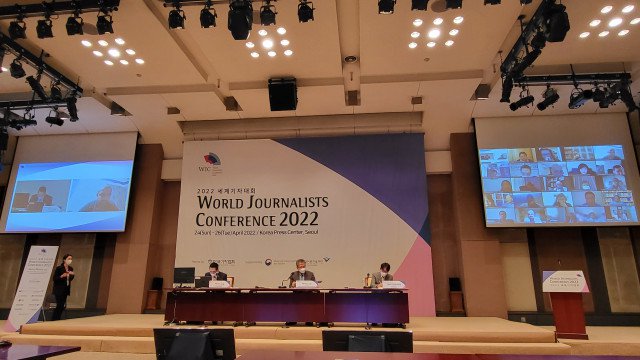 Held since 2013 annually, the international media conference, which has been addressing various themes related to media as well as existing global trends and future projects, was held online for the third straight year due to the COVID-19 pandemic and restrictions imposed in various parts of the country.

Established in 1964, JAK is Korea's largest organization of journalists. It is celebrating its 57th anniversary this year and has about 11,000 members from 195 media companies across the country.

On the second theme a society changed by journalism, media persons opined their views on what role journalists have been playing in monitoring and checking authority.

They hold the view that journalists care for the underprivileged and nurture a healthy social environment. They argued that one sentence in an article or a photo helps create a better and healthier society.

This year's conference was held under two themes: Current Status of Fact-Checking by Global Journalism and the Operation of Media Self-regulatory Organization Presentation and A Society Changed by Journalism.

Prior to the main event of the second day, Sonny Kwon, CEO of the PUBLISH, will give a special lecture for an hour under the theme of ‘Blockchain-based News Ecosystem.’