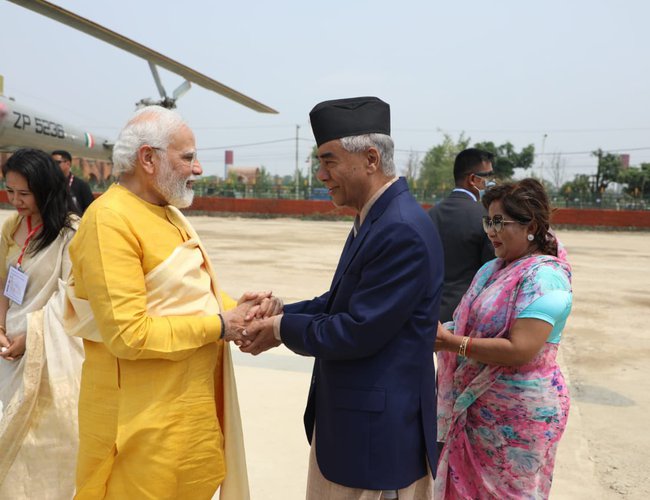 Indian Prime Minister Narendra Modi, who arrived in Lumbini this morning in connection with an official visit to Nepal, returned home this afternoon on a special helicopter of the Indian Air Force.

Earlier, India's Prime Minister Narendra Modi has offered worship at the Mayadevi Temple here. He arrived in Lumbini today morning on an official visit at the invitation of Prime Minister Sher Bahadur Deuba.

Along with the Indian PM, Prime Minister Deuba and his spouse Dr Arzu Rana Deuba also offered worship and prayers.

The Buddhist monks chanted the hymns in praise of Buddha as the prime ministers of the two countries paid homage at the Temple.

The Indian dignitary circumambulated the holy pond as well as lighted a butter lamp at the Ashoka Pillar on the premises of the Mayadevi Temple. 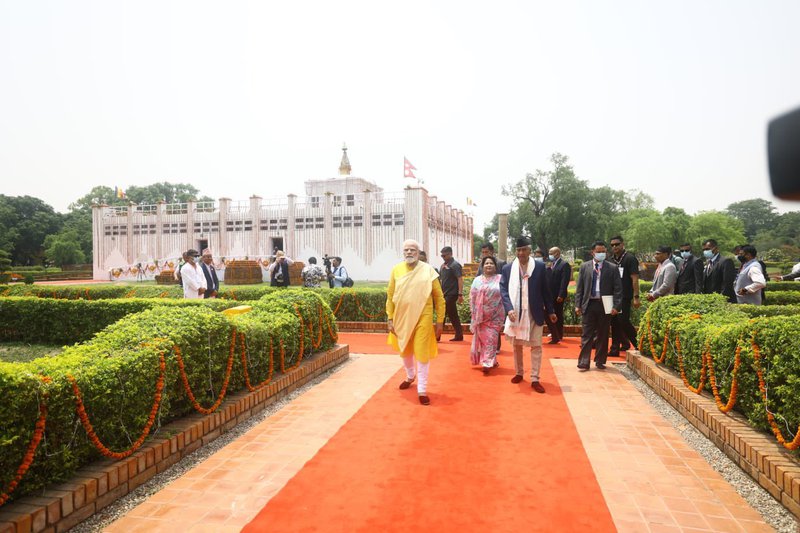 The two prime ministers also on the occasion watered the Bodhi Brikshya tree close to the Ashoka Pillar.

Prior to this, Minister for Culture, Tourism and Civil Aviation Prem Bahadur Ale and Lumbini Development Trust (LDT) vice-chair Bhikkhu Maitreya Shakya Putta welcomed the Indian prime minister and his Nepali counterpart to the temple premises. 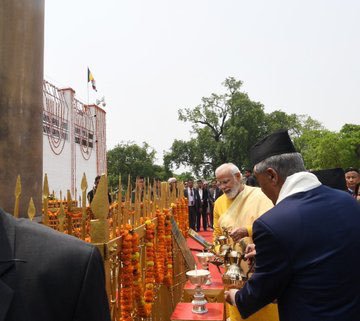 Also today, the prime ministers of India and Nepal jointly laid the foundation stone for the India International Buddhist Culture and Heritage Centre to be constructed on a plot of land at the local International Buddhist Monastic Zone provided by the Government of Nepal and unveiled the stone inscription kept there.

Before this, the Prime Minister duo and First Lady Dr Deuba listened to the recitation of the Paritrana and chanting of sacred hymns with reverence. RSS 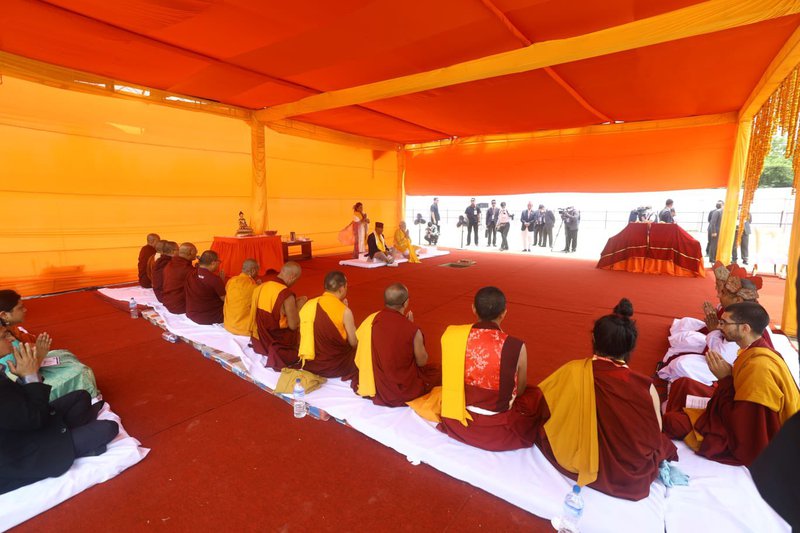 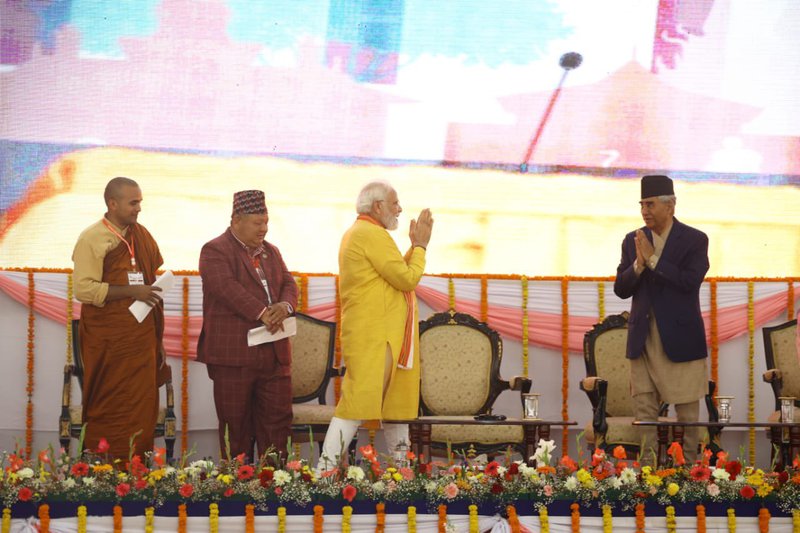 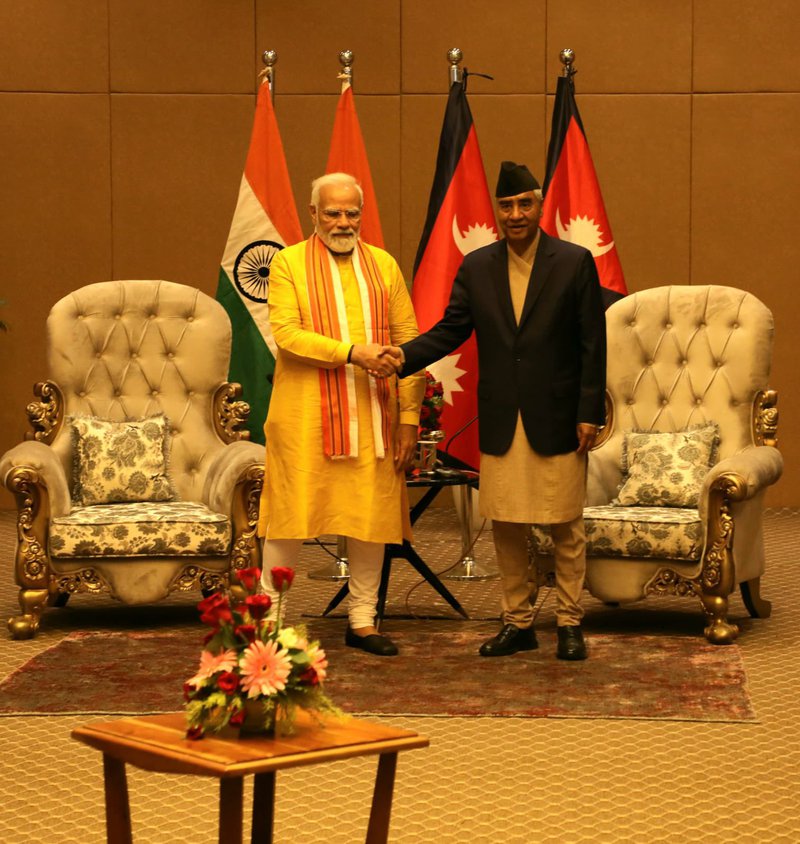 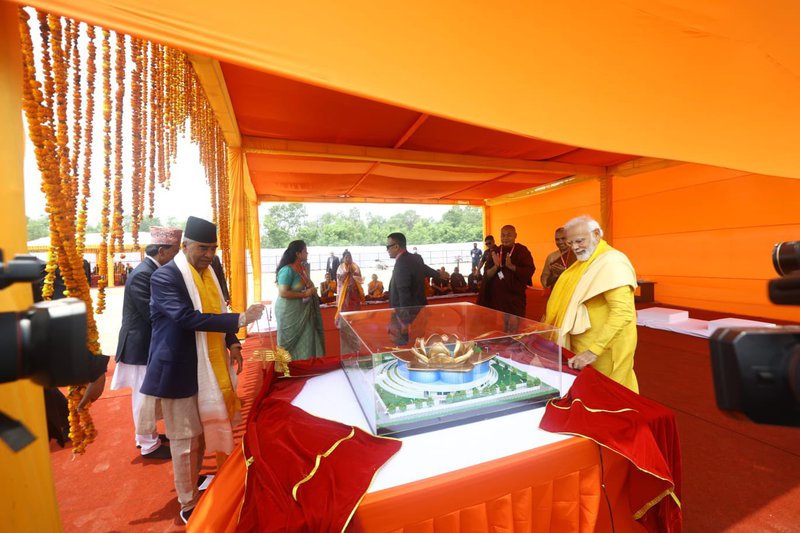