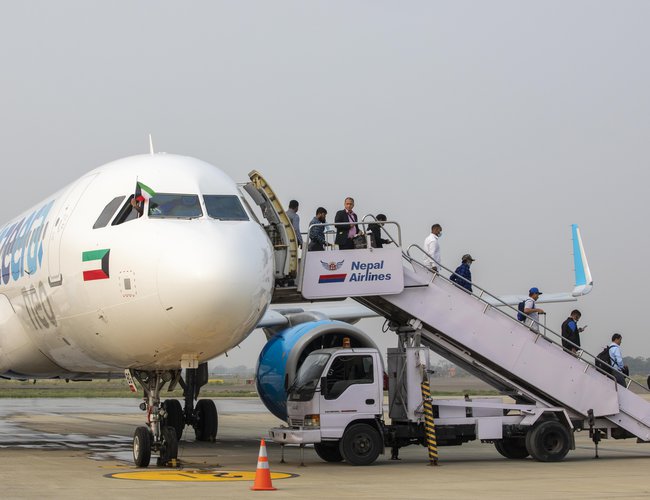 PM Deuba said the opening of the airport is a historic day in Nepal’s aviation and tourism sectors and will contribute to the country’s overall development and prosperity in the long run.ADB Blog link

Speaking at the inaugural event, ADB Country Director for Nepal Arnaud Cauchois congratulated the Government of Nepal on the completion and opening of the airport despite the challenges posed by the pandemic. “The airport will help connect Lumbini—a major tourist and pilgrimage destination—to Buddhist circuits in South Asia as well as to the rest of the world. In a broader context, the airport will form a cornerstone of the country’s overall development by facilitating tourism, expanding trade and economic activities, generating local employment opportunities, and improving international air transport access to migrant workers and people living in the nearby provinces.” 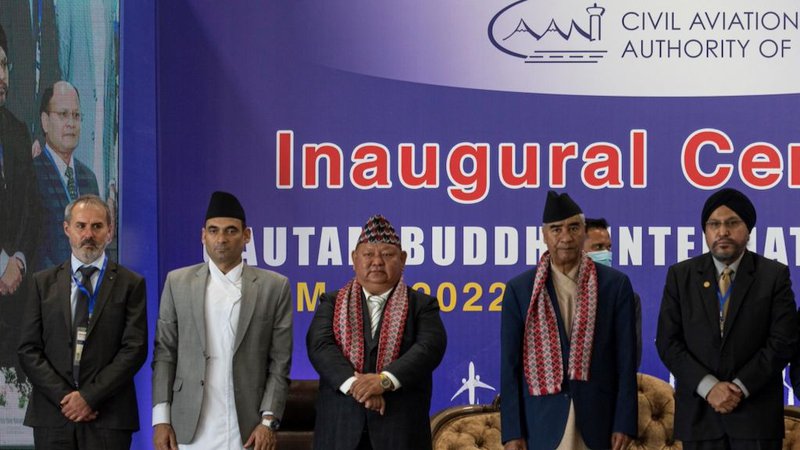 Following the opening, the airport comes into operation. Kuwait’s Jazeera Airways has made the First Historic International Flight from Gautam Buddha International Airport.

The airport is located 19 kilometers from the UNESCO World Heritage site of Lumbini, the birthplace of Lord Buddha. The new airport facility, which can accommodate wide-body airplanes, features a 15,169-square-meter terminal building and a new runway of 3,000 meters. Moreover, an advanced Instrument Landing System will be used in GBIA, a first for Nepal, to allow aircraft landing even in reduced visibility.

“The opening of the airport is a moment of pride for the country. As Nepal’s second international airport, the GBIA will serve as an alternate for Tribhuvan International Airport in Kathmandu, and airlines will no longer have to divert to other countries in the event of bad weather or other technical issues,” said Minister for Culture, Tourism and Civil Aviation Prem Bahadur Ale.

PM Deuba and Minister Ale acknowledged and thanked ADB for its support to the GBIA, a national pride project.

ADB supported the Government of Nepal in upgrading and building the GBIA through the South Asia Tourism Infrastructure Development Project. The total cost of the airport construction is $76.1 million. Of this, ADB’s contribution is about $37 million in loans and grants, while the OPEC Fund for International Development contributed about $11 million in loans. The rest is funded by the Government of Nepal.

Make In Nepal Products Will Be Promoted: Secretary Gyawali By Agencies 2 days, 5 hours ago