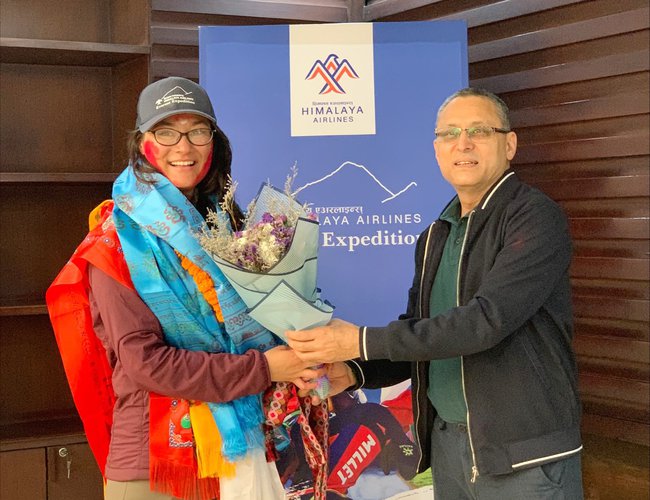 Himalaya Airlines Mount Everest Expedition Team comprising of its Senior Flight Attendant, Omnika Dangol made a historic ascent of Mount Everest, the world’s highest mountain on May 16, 2022. Omnika Dangol, the flight attendant of Himalaya Airlines summited the 8848.86 meters high Mount Everest at 07:30 am local time on Monday with the expedition team of Thamserku Treks and Expeditions. Dangol safely returned to Kathmandu on May 20 and was warmly welcomed by Himalaya team at their Head Office, Gairidhara.

The airlines arranged a welcome program wherein the President of Himalaya Airlines, Zhou Enyong along with H9 team received Dangol and celebrated the glorious moment together.

Congratulating the team, he said, “This is very significant project for us. We are glad that Ms. Omnika Dangol successfully scaled the highest peak with Himalaya’s flag and have safely retuned. This project involved a lot of risk and challenges, and I was worried for her safety every day. But as our team was thoroughly prepared and determined I was confident that this project will be a success. It is indeed a well-deserved achievement for Himalaya Airlines. It signifies the spirit of persistence that H9 always believes in”

With the objective to promote tourism in Nepal, Himalaya had initiated its historic project “Himalaya Airlines Everest Expedition by Flight Attendant”. Since then, the airlines had been vigorously engaged in its preparation with their flight attendant Dangol to successfully scale the world’s highest peak.

This Everest expedition project is a symbolic representation of Himalaya’s perseverance and courage despite the extreme conditions. Over the years, Himalaya had to face many challenges and hurdles which were overcome with strong will and determination.

Upon completion of the project, Omnika Dango ladded, “Being able to represent Himalaya Airlines atop the highest peak was a proud moment for me. There had been numerous challenges throughout my journey but my focus had always been on reaching the top. I am thankful to Himalaya Airlines for giving me this opportunity for this once in a lifetime experience.”Himalaya’s Everest Expedition began from April 13, 2022 on the eve of Nepali New year and was concluded with the successful summit on May 16, 2022. 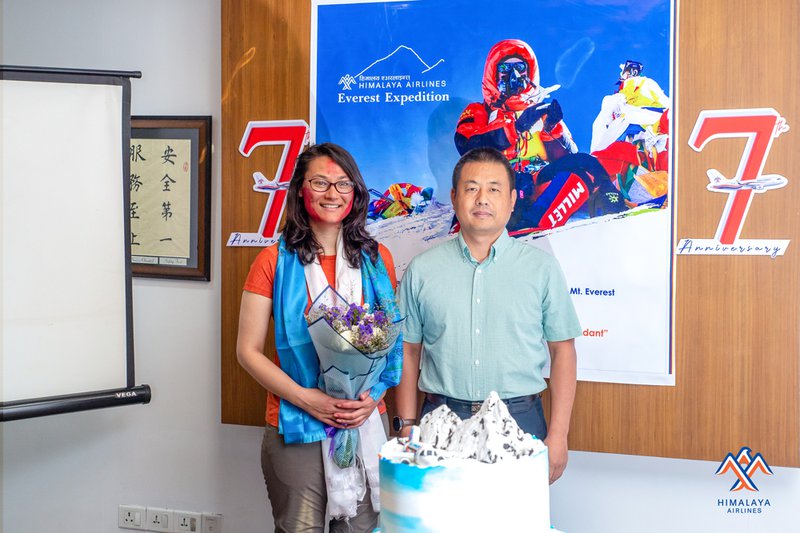 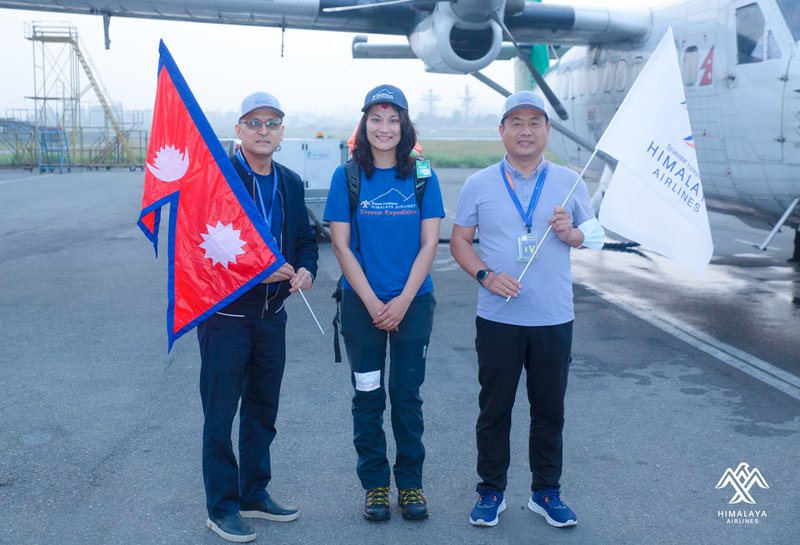 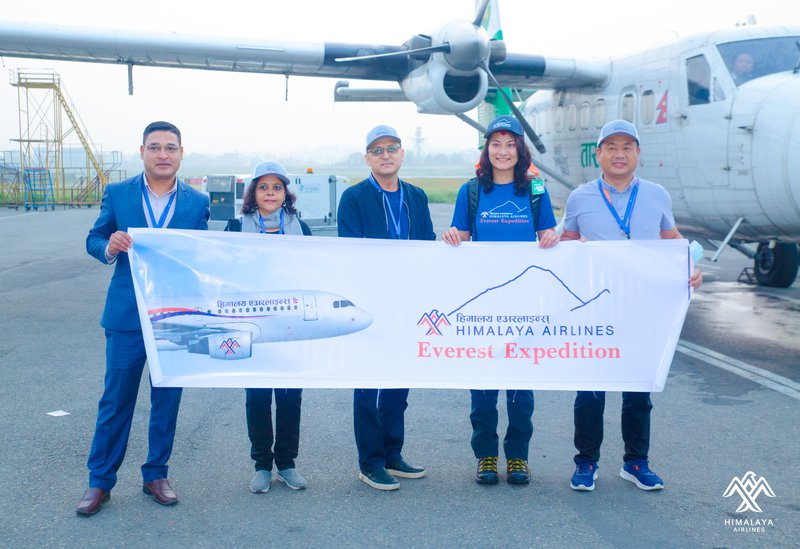