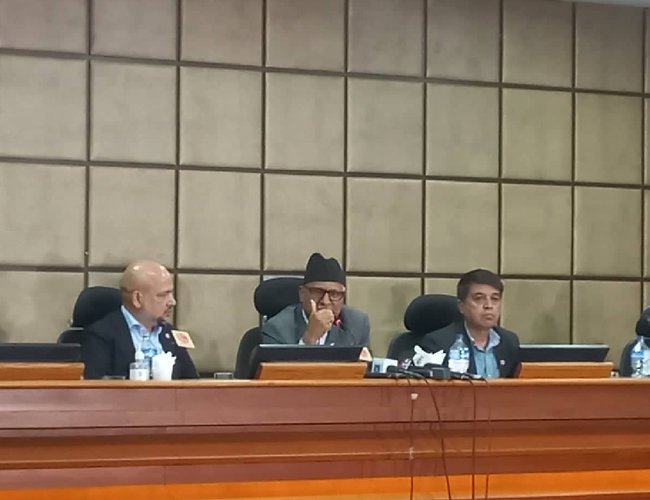 Minister of Industry, Commerce and Supply Dilendra Prasad Badu said that the government is planning to reduce the use of Liquefied Petroleum Gas (LPG) by providing the subsidy in the use of electricity.

Addressing a program organised by Federation Nepalese Chamber of Commerce and Industry (FNCCI), he also said that the ministry has already proposed zero duty on electricity appliances like electric cooker and inductions. “We have been providing subsidy over Rs.30 billion annually to import LPG. By providing this money to electricity, we want to reduce the import of LPG,” said Badu.

Minister Badu said that the Ministry in partnership with Ministry of Energy developing a plan to supply quality electricity to replace the LPG from kitchen.

Addressing a program organized by Federation of Nepalese Chamber of Commerce and Industry minister Badu said the government is providing Rs.700 subsidy in per LPG Cylinder. “Nepal Oil Corporation current loss is over Rs.23 billion and the government is not in a position to provide additional subsidy.

President of FNCCI Shekhar Golchha demanded to lift all the taxes from electric appliances used in the kitchen to reduce the dependency on LPG. “The government needs to make electricity cheaper and quality in supply. “ We are ready to produce many electric cooking appliances within the country.”

Kathmandu’s Waster Can Generate 342 Kilolitres Of Energy By Agencies 7 hours, 31 minutes ago

JP Morgan Warns Of $380 Oil After Price Cap On Russian Oil By Agencies 12 hours, 29 minutes ago