Ministry Of Energy To Announce New Policy To Promote E-cooking

Ministry Of Energy To Announce New Policy To Promote E-cooking 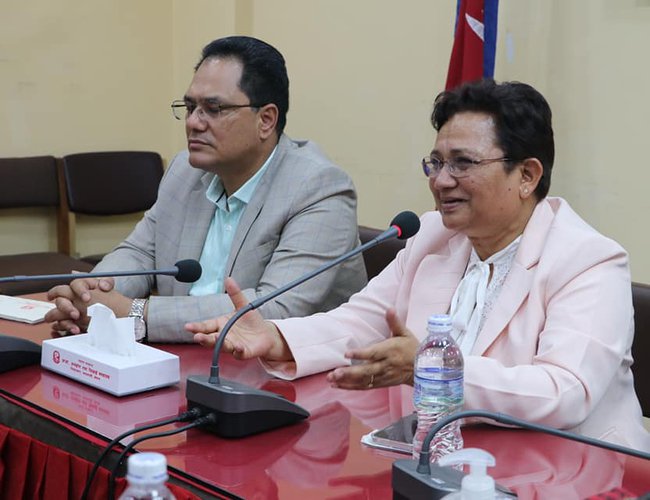 Minister for Energy, Water Resources and Irrigation Pampha Bhusal has announced to bring new policy to increase use of electricity consumption at household levels.

She said that Nepal needs to reduce the imports of petroleum products including LPG to save the foreign currency and trade imbalance. The massive use of electricity generated in Nepal can replace LPG and other petroleum products.

Energy Minister Bhusal said that industries would be increased and e-vehicles and e-stoves would be promoted to increase electricity consumption in Nepal’s domestic market.

Addressing an event in the capital city on Monday, she said so far in the current fiscal year, the country has imported petroleum products worth Rs 220 billion.

Minister Bhusal also stated that foreign currency could be imported in the country by exporting our surplus electricity reports RSS.

“In the current fiscal year, 39 megawatt of power is being exported. “We are in a position to export electricity worth Rs 2 billion in the current fiscal. In the next fiscal year, around 500 megawatt of power will be exported from which around Rs 12-15 billion will be received. After five years, we will be in a position to export power worth Rs 50 billion plus,” according to Minister Bhusal.