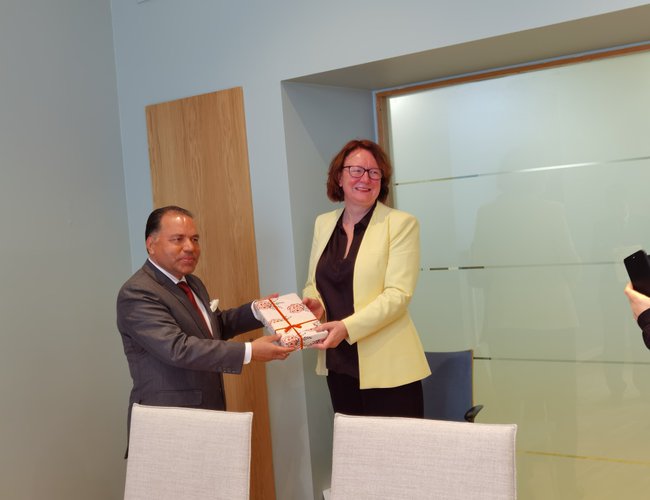 Nepal and Norway held the first meeting of the Bilateral Consultations Mechanism (BCM) in Oslo today. Foreign Secretary of Nepal Bharat Raj Paudyal and his Norwegian counterpart Tore Hattrem, Secretary General of Ministry of Foreign Affairs of Norway, led their respective delegations to the meeting.

The meeting discussed a wide range of matters concerning bilateral relations and cooperation between the two countries. It underscored the importance of high-level visits and interactions among different walks of life including the private sector.

The two sides shared views on post-COVID economic recovery and its challenges, while agreeing to enhance prospects of bilateral trade, investment, transfer of technology and tourism between the two countries in the context of these challenges. The Foreign Secretary commended the valuable support Nepal has been receiving from Norway in various sectors such as education, energy, gender equality and good governance.

With respect to its planned graduation from LDC status and the realisation of SDGs by 2030, Nepal highlighted the need of additional resources and measures for building capacity to meet these goals as well as the climate ambition pledged during the COP26. 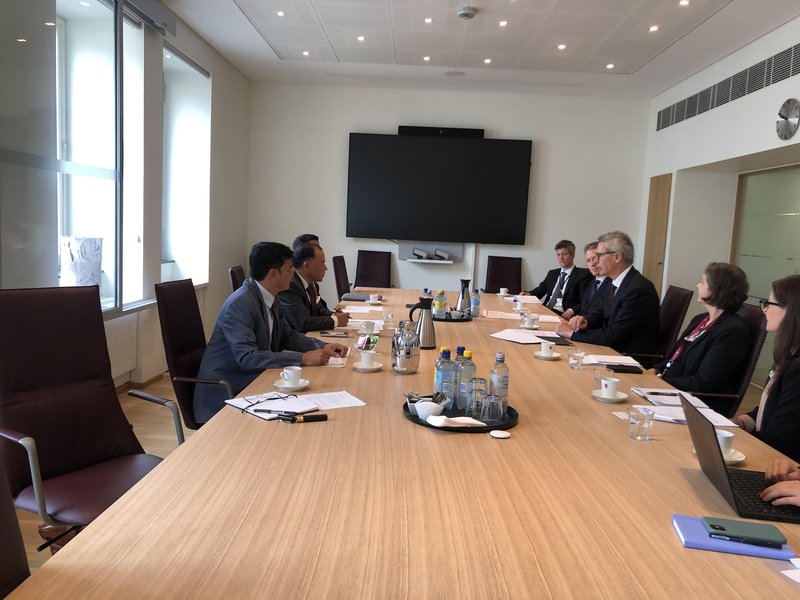 The Norwegian delegation, while appreciating Nepal for making landmark achievements in social and political domains, assured that the bilateral cooperation and economic partnerships with Nepal would receive continued priority. The two sides agreed to work together at the United Nations and other multilateral forums on the common agendas, such as climate change and multilateralism.

With a view to further strengthening the friendly ties and mutual cooperation, the Foreign Secretaries agreed to hold the next edition of the BCM meeting in Kathmandu at a mutually convenient time. Prior to the bilateral consultations, Foreign Secretary Paudyal called on State Secretary and Deputy Minister of Foreign Affairs Her Excellency Bjørg Sandkjær.

During the meeting, the two sides exchanged views on various aspects of bilateral relations and economic cooperation between the two countries. The Nepali delegation led by the Foreign Secretary comprised Joint Secretary at the Ministry of Foreign Affairs Nirmal Raj Kafle, Joint Secretary at the Ministry of Finance Chakra Bahadur Budha and Chargé d'Affaires a.i. at the Embassy of Nepal in Copenhagen Tirtha Raj Aryal. Secretary-General Hattrem was accompanied by the senior officials of the Norwegian Foreign Ministry.