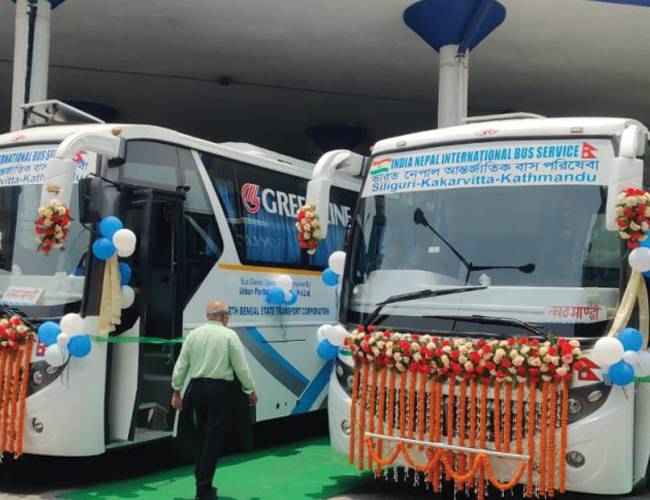 The bus driver, co-driver, operator and passengers of the bus that reached Kankarvitta from Siliguri, India on Wednesday afternoon were welcomed by industrialists, police, people's representatives, hoteliers and journalists. On the occasion, the Nepal Traffic Police informed the Indian drivers and co-drivers about Nepal's traffic rules.

On the occasion, Ward Chairman of Mechinagar Municipality, Ward No. 6, Lalit Kumar Tamang expressed confidence that religious tourism and business of both the countries would increase after the launch of the friendly bus service between the two countries.