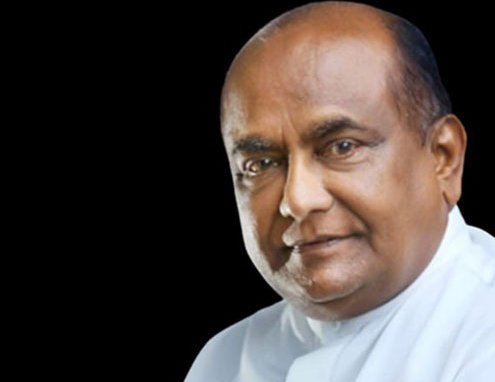 Speaker Mahinda Yapa Abeywardena has assured the nation that President Gotabaya Rajapaksa will resign on July 13. Speaker Abeywardene said that he had received such an assurance when he informed President Rajapaksa of decisions taken at a party leaders’ meeting chaired by him at the Speaker’s official residence Saturday (09) late afternoon.

The announcement was made soon after mobs set Prime Minister Ranil Wickremesinghe’s private residence at the Flower Road ablaze.

Former President and leader of the SLFP Maithripala Sirisena, MP, declared that both President Rajapaksa and Premier Wickremesinghe had to step down. He warned that those who campaigned for genuine change of government wouldn’t tolerate Wickremesinghe’s continuation as the PM.

Consequent to what the Speaker called a lengthy meeting the following proposals were submitted to President Gotabaya Rajapaksa. (a) The President and the Prime Minister had to resign from their offices as soon as possible (b) according to the Constitution, the next step is to convene parliament within seven days and make a decision by consensus to appoint an Acting President (c) the establishment of an interim government headed by a new Prime Minister according to a in terms of consensus of the all-party representatives representing the current Parliament under the acting President (d) Thereafter, calling for an election within a certain period of time and giving the people the opportunity to elect a new parliament.

Matara District SLPP lawmaker Dullus Alahapperuma on behalf of the dissident SLPP MPs told The Island that both the President and the Prime Minister should resign to pave the way for swift implementation of the decisions taken at the meeting chaired by Speaker Abeywardena.