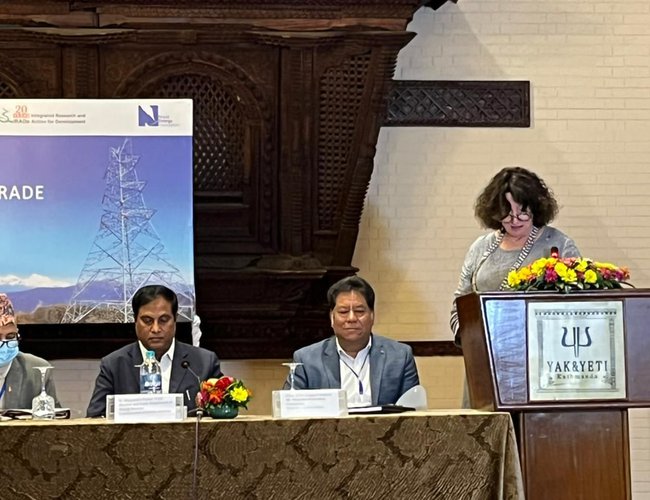 Two decades after its inception, USAID supported the South Asian Regional Initiative of Energy (SARI) and is finally able to bring tangible change in the energy trade among the South Asian Countries.

When SARI was launched, the region did have very few cross-border transmission lines, regulatory institutions and regulations. After two decades of intensive efforts, holding different levels of interaction at a different levels, SARI is able to achieve its goal to enhance the regional trade for the benefit of the countries and people of the region.

This is what experts and policymakers presented their views in a seminar on Cross Border Energy Trade under South Asia Think Tank Forum. Participated by high-level government officials including members of the National Planning Commission, Secretaries of Energy Ministry and Energy Commission, representatives of regulatory bodies like Nepal Electricity Authority, Civil Society, University professors and media,

USAID Nepal’s Acting Deputy Mission Director, Beth Hogan, opened the Inaugural Session of the Seminar on Cross Border Energy Trade (CBET) as a part of the TTF, used to engage politicians, institutions, and other influencers on CBET.

Delivering the welcome address Mohandas Manandhar, chairperson of Nepal Energy Foundation said that the region has made tremendous improvement in the regional energy trade in the last two decades.

He said that the South Asian Energy Initiative (SARI) since its inception in 2000 immensely contributed to building regulatory mechanisms and legal reforms in the cross-border energy trade. Chairperson Manandhar said that the regional energy trade has gone through a long process before materializing in its current shape.

Twenty years pass since the inception of SARI, we have regulations, policies and frameworks for regional and cross-border electricity trade. SAARC Framework for Energy Trade, Bangladesh, Bhutan, India and Nepal (BBIN) framework and bilateral cross border framework for energy trade. He said that the construction of a new cross-border transmission line recently enhances the bilateral energy trade between Nepal and India, Bhutan and India and India and Bangladesh.

Chairperson Manandhar said that after 20 years of SARI all the countries in the region have started taking the benefits of the regional energy trade. He said Nepal has started to export 360 MW of energy to the Indian market bringing a lot of benefits to the country. He said that the electricity trade with India will largely contribute to reducing Nepal’s trade deficit with India.

Member of National Planning Commission Dr. Surendra Labh Karna said that this seminar has significant importance in a context when Nepal has started to export a big volume of electricity to the Indian market through cross-border trade.

Secretary of Ministry of Energy Sushil Chandra Tiwari said that Nepal will have a large volume of surplus electricity from next year and opening a market in India is a positive step for us. 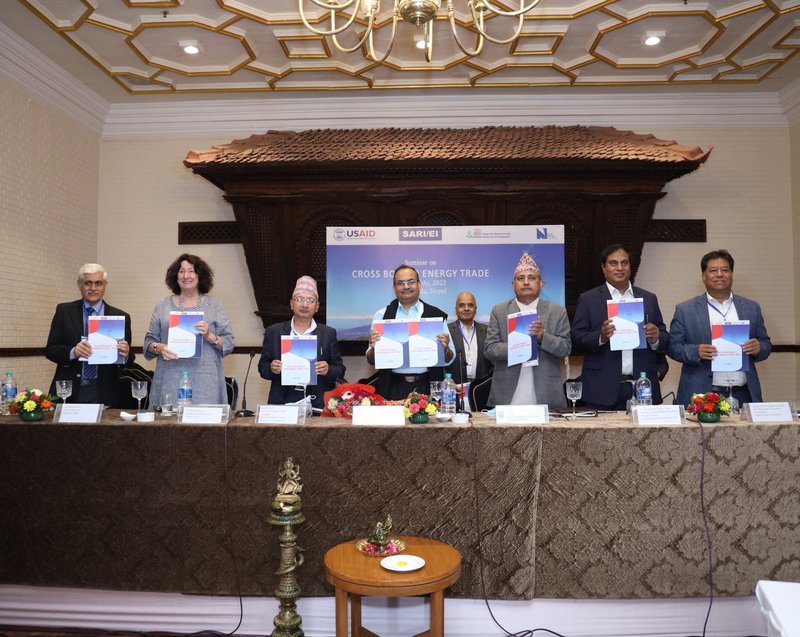 Secretary of Energy Commission Dinesh Kumar Ghimire said that given current state of construction of hydropower projects in Nepal there will have a over 2000 MW of electricity available in Nepal for export. Secretary Ghimire, who takes part in different stages of negotiations with India in energy trade, said that Nepal’s electricity will depend upon the Indian market. He said that there need more cross border transmission line to export electricity to India.

In her closing remark, Monali Zeya Hazra, regional energy manager and clean energy specialist, Indo Pacific Office, USAID/India highlighted the contribution made by SARI project in the region over the last two decades.

The South Asia Regional Initiative for Energy Integration (SARI/EI) is a USAID supported program, with Integrated Research and Action for Development (IRADe) as its implementation partner. As part of the SARI/EI program activities, South Asia Think Tank Forum (TTF) for regional energy cooperation is created as an outreach and dissemination forum, intending to engage policy makers, media, parliamentarians and bureaucrats, civil society and citizens to prioritize, fast track and push the agenda for CBET. And, Nepal Energy Foundation (NEF), a non-profit organization of Nepal’s energy sector, is a member of the South Asia TTF Phase-II.

As part of the TTF activities, NEF engaged with policy makers, sector experts, researchers, and journalists to obtain a common understanding on Nepal’s aspiration for a long-term and sustainable implementation of CBET with neighbouring countries in the region.

NEPALESE ECONOMY Growth 5 Percent By A Correspondent 19 hours, 5 minutes ago 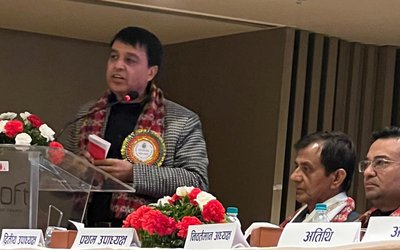