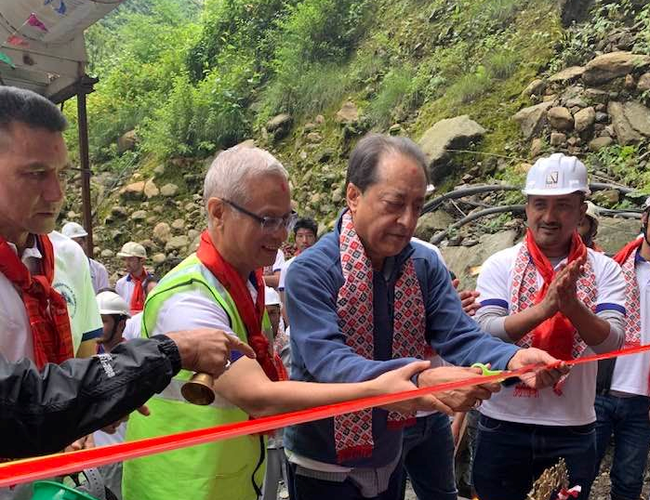 “The Head-race Tunnel Breakthrough of the Nilgiri Hydropower Power project is a great achievement in this exemplary partnership project between Developer, Contractor and Consultants. This project has 11 km altogether tunnel length. We are proud of entire team who made this happen and are incredibly grateful to all stakeholders who have supported us in this challenging undertaking,” writes a company in its press release.

Situated in Annapurna Rural Municipality ward 4 of Myagdi district, the construction of both the project has completed now. The electricity generated by the project will be connected to Nepal Electricity’s Bankhet substation through 7 kilometer long 220 kV Transmission line.

The company will construct 7 KM transmission line on its own. With total estimated cost of Rs.13 billion, the project will estimated to be complete by December 2022.