Nepal, Canada Discuss A Range Of Matter Of Bilateral Interest

Nepal, Canada Discuss A Range Of Matter Of Bilateral Interest 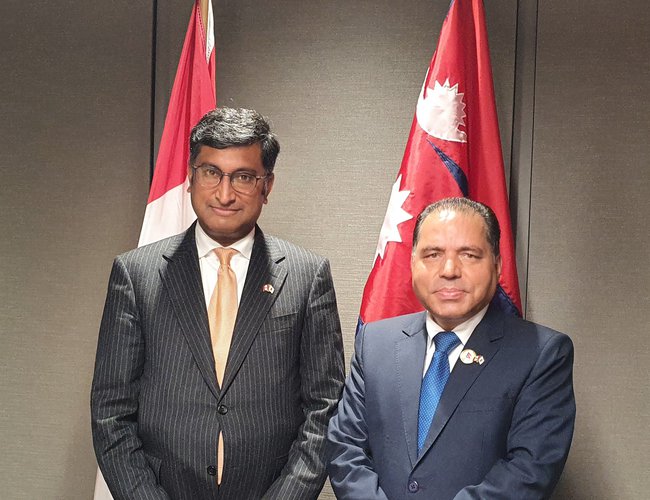 Nepal and Canada discussed a range of matters of bilateral interest that included development cooperation, trade and investment, education, culture and tourism as well as the environment and climate change, among others.

The Foreign Secretary shared with the Canadian side about Nepal’s development priorities, graduation from the LDC category and the efforts made toward meeting the UN Sustainable Development Goals. He underscored the need for an enhanced level of cooperation from Canada in terms of resources and technology for Nepal’s smooth and sustainable transition from the LDC status. The Canadian side expressed its readiness to support Nepal in its development pursuits and highlighted its feminist international assistance policy. 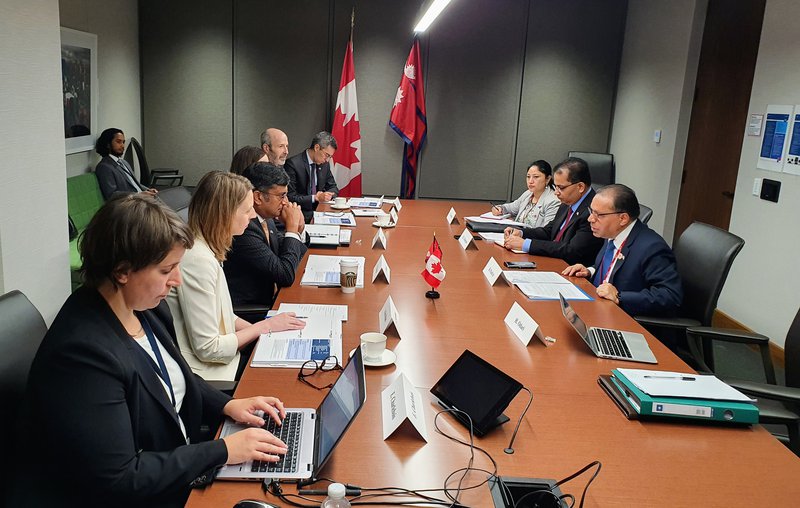 Citing the contribution made by the Canadian Climate Fund for the Private Sector in Asia II (CFPS II) in the financing of the Upper Trishuli-1 Hydropower project, the Foreign Secretary called for more investment and technology from Canada in Nepal’s hydropower, a vital source of clean energy.

Views were exchanged on continuing collaboration in various multilateral forums, including the United Nations, on matters of common interest such as climate change and UN peacekeeping. The two sides shared their perspectives on various matters of global importance.

The Foreign Secretary highlighted the successful conduct of the recent local elections in Nepal as well as the forthcoming provincial and federal elections as importance democratic exercise and steps towards further consolidating democracy in Nepal.

Foreign Secretary Paudyal thanked the Canadian side for their generous support of vaccines and essential medical equipment to Nepal during the difficult time of the COVID-19 pandemic.

The two sides reviewed the progress made since the second meeting of the BCM held in December 2020. They agreed to work closely towards further deepening and widening cooperation and engagements in identified sectors for mutual benefit. The importance of the exchange of high-level visits was emphasized as a means of providing momentum to these engagements.

In view of the growing size of the Nepali diaspora in Canada and increasing people to people contacts between the two countries, Foreign Secretary Paudyal requested Canadian side to consider establishing Canadian representation in Nepal and making arrangements for the issuance of visas in Kathmandu.

Other members of the Nepali delegation in the meeting included H.E. Mr. Bhrigu Dhungana, Ambassador of Nepal to Canada as well as officials of the Ministry of Foreign Affairs and the Embassy of Nepal in Canada.

The Canadian delegation consisted of officials of Global Affairs Canada, including Director General (South Asia) and the Deputy Chief of Mission of the Embassy of Canada in India, which is concurrently accredited to Nepal. The next meeting of the mechanism will be held in Kathmandu in 2024.

World AIDS Day 2022: The AIDS Response Is In Danger By NEW SPOTLIGHT ONLINE 10 hours, 3 minutes ago