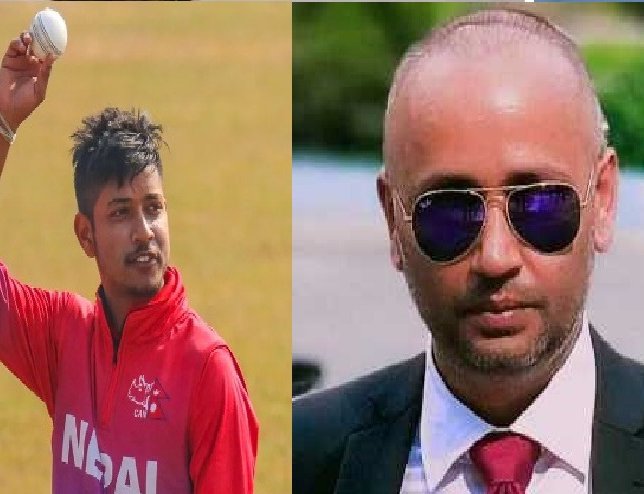 Sandip Lamichhane has announced that he will surrender before the Nepal police at TIA on Thursday. He requested police authority to make a necessary arrangement to present his lawyer during the surrender process.

In his statement, former National Cricket Team Captain Lamichane, who has been charged on a sexual offense has declared that he is surrendering to the police authority tomorrow at the Tribhuvan International Airport, Kathmandu.

National cricketer Lamichane in his Facebook statement stated on 3rd October that he is coming to the home country Nepal on 6th October 2022. Sources close to him confirmed that he will be landing at the TIA tomorrow at 10:00 am.

Cricketer Lamichane in his Facebook post has repeatedly stated that he is innocent and has complete non-shaken faith in the justice system and firmly believes that all the law enforcement authorities and honorable courts on their fair trial and adjudication. He said that he is coming back to the country for the legal battle to prove himself innocent.

As per the source, cricketer Lamichane has requested to the Gaushala Police authority that he is traveling back at his will and submitting himself to the authority of Nepal and will support in every stage of investigation and returning back on 6th October 2022 at 10.00 am.

In his face status, cricketer Lamichane has also mentioned that he came to know about the warrant order issued against him during his abroad travel for CPL and subsequent to that, publication of his details regarding FIR by the District Police Range Kathmandu,

According to his sources, the black listing at the immigration and immediate suspension without being heard by CAN, the media trial and hate speeches and threatful messages kept him in an unpleasant situation that led him to psychological and physical disturbances and after being recovered from such situation he is traveling back.

In his statement, cricketer Lamichhane has also requested the police authority for the presence of his attorney. He has requested to ensure his safety and security during the time of his surrender to have the presence and be witnessed by his lawful attorney Advocate Saroj Krishna Ghimire at the TIA and not to be handcuffed during his transit from TIA to the authority.

When New Spotlight contacted his lawyer advocate Saroj Krishna Ghimire about the cricketer’s surrender, he said that the lawyer’s presence will confirm accused Lamichhane’s status during the time of his submission. That will also help police to confirm cricketer Lamichhane's status during taking him into police custody. Lawyer Ghimire said that this is well accepted international legal practice as well.

World AIDS Day 2022: The AIDS Response Is In Danger By NEW SPOTLIGHT ONLINE 2 days, 5 hours ago