Upcoming Elections: Harbinger Of Change Or Stagnation Of Status Quo?

Nor are old slogans of the big parties selling. Their election manifestos have become a joke, a laundry list of promises, mostly of local issues such as paving of roads that are rightfully the domain of local governments. 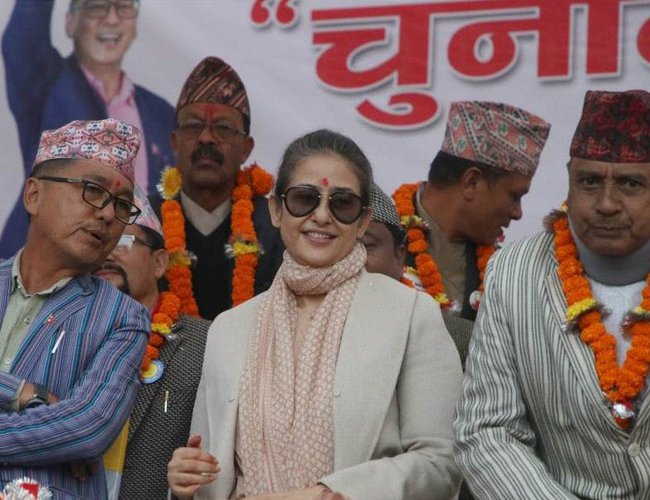 National elections are just around the corner this week, and for the big parties that have dominated the political scene since sidelining of the monarchy in 2006, the crows are coming home to roost. And there is plenty of that to eat!

Among the voters, rife is both anger at how Loktantra and its leaders have failed them and apathy towards this “festival of democracy”. Even among diehard party cadres, there is a perceptible sense of listlessness born of betrayal by their leaders. One has not seen exuberant mass rallies or soul-stirring speeches by the big established leaders. Where they have done so, it is mostly within the confines of the gatherings of their party faithful, dutifully reported by mainstream media whose owners have benefited through crony capitalism and are beholden to them.

In my earlier essay, I had described how this anger had gone viral, widely shared by friends and family during the Dussain-Tihar festival friends and family time season. The causes for it are now obvious: big parties of Loktantra have no forward-looking political agenda. They are only making a plea to maintain the stagnant status quo “or else this republican order and the 2015 constitution will be annihilated”. As if that bothers the voters since all they have seen of it is the loot by the leaders in cahoots with their family and friends! And the kakistocracy is so entrenched in Loktantra that even the Chief Justice was house-arrested when he was about to indict two ex-prime ministers (part of this coalition) on a land embezzlement case.

The political fraud perpetrated on Nepali voters started with the last general elections five years back after this new constitution was hastily promulgated. Maoist Prachanda, after unceremoniously ditching an alliance with Nepali Kangress, teamed up with UML’s Oli to win a near-two-thirds majority in the parliament. Given that it was an opportunistic alliance of two masters of that art, both leading their respective cadre base that hated each other, it was not to last. They could have, with blatant Chinese support (unlike equally blatant Mughlani-Firanghi support for this current coalition), achieved much; but character and principles do matter in politics, and in their absence the result was sickening personal feud and political collapse.

In a Westminster parliamentary model, dissolving the parliament and going to the people as the ultimate judge of the political issues at stake is its fundamental disciplining feature. Alas, it had been damaged by a Supreme Court decision in the mid-1990s that legitimized any and all unprincipled coalitions. This time around, rather than allowing Oli to hold general elections, the court ordered another unprincipled coalition led by Deuba’s Kangress and Maoist Prachanda with a bevy of smaller wannabes to “to be installed by 5PM!” Political anarchy and blatant corruption took to new heights in the year-and-a-half that followed, angering the people even more.

In a poorly performing democracy, what matters during elections is the “anti-incumbency factor”. Had Oli been able to hold national elections as he wanted to after dissolving the parliament, he would have been shackled with the anti-incumbency curse, shouldering much of blame for bad performance during his tenure. Deuba and the Supreme Court provided him a convenient political escape hatch, allowing him and his party to go to the voters this time around as the aggrieved opposition in vibe with the people. The local elections earlier in May amply demonstrated the impact of anti-incumbency: UML ended up as the party with the highest percentage of votes cast and a slew of independent candidates drew much votes, some such as Kathmandu and Dharan mayors even winning handsomely against big party stalwarts.

This principle-less coalition in power has hinted at winning elections “at all cost”, meaning misusing the government machinery to the full through its loyalists installed in constitutional bodies that should have been neutral such as the police, election commission and other such “common property” entities. It did so in the case of a young doctor Toshima Karki, candidate in Lalitpur-3, disbarring her from contesting. Thankfully the Supreme Court quashed that decision, but it was followed by telling her not to ring a bell, the symbol of her party. It too was quashed by public opprobrium, giving her invaluable free publicity. The same was the case of an Oxford scholar Sagar Dhakal standing against Deuba as an independent in Dandeldhura with the police preventing him from campaigning. The impact of such misdemeanors is that it backfires against the current coalition and only serves to increase the revulsion of voters.

One good trend seems to be the lessening impact of dark money for several reasons. First, its main source is crony capitalist sahujis – where the money from corruption is parked – and they are reluctant to cough up the dough, being unsure if the politicians whose money they have held in safe-keeping will return to power after elections (hence becoming a wasted investment if not outright liability in the eyes of winners who defeat them). Voters too seem to have gotten wiser, in most cases taking the money (or masu-bhaat feasts) but voting otherwise.

Nor are old slogans of the big parties selling. Their election manifestos have become a joke, a laundry list of promises, mostly of local issues such as paving of roads that are rightfully the domain of local governments. The parties seem to have forgotten that this is an election not for municipalities or village councils but for the national legislature. And even that list is being questioned by the voters who ask why they did not do all this in the last five years they were in power, forcing them to slink away from those doorsteps.

All these factors are helping independent candidates and those from small parties not shackled by such millstones around their necks. Two smaller parties stand out on this count in this race. One is former journalist Rabi Lamichhane’s Swatantra Party which seems to be attracting a lot of youth disappointed by the demise of Sajha-Bibeksheel, especially in Chitwan (which has forced Prachanda to flee from there to the Gorkha “safe” constituency of Baburam Bhattarai). The main challenge it faces is: how is its politics different from, say, the Nepali Kangress? This is what really brought down Sajha-Bibeksheel: voters ask if we need another Maoist politics carrying Kangress clone! After Rabindra Mishra was unsuccessful in bringing about a course-correction therein and he left the party to jointhe Rashtriya Prajatantra Party (RPP), those who disagreed with Mishra failed to pick it up and are running for elections ironically and politically quite shamefully as independents.

The other party that stands to gain the most from political and pecuniary corruption of the incumbent coalition, besides Oli’s UML, seems to be the RPP led by Rajendra Lingden. It is the only party with a clearly articulated and starkly contrasting political agenda, that of doing away with the so-called gains of the Mughlani-Firanghi tutelaged 12-Point 2005 Delhi Deal of secularism, republicanism and federalism. It is also the only party led by a young Janajati politician with a striking chance of becoming prime minister if his party does well. Indeed, in its political inclusiveness, it carries the mantle of BP Koirala’s national reconciliation between traditional and revolutionary forces, which was bourne out by the full support to Lingden and RPP by BP’s granddaughter, celebrated Bollywood star Manisha Koirala.

While all this is causing serious heartburns among those, national and especially foreign, who brought about this kakistocratic Loktantrick dispensation, what must not be forgotten is that the foundations of the political architecture hastily cobbled together by the 2015 constitution is fatally flawed. Legislators becoming executive ministers is not only a violation of the principle of separation of powers but the first gateway to corruption. The first-past-the-post election ensures MPs representing a minority of their constituents, and thus an intrinsically minority parliament. Given how this system brings into one house directly elected and proportionally selected politicians, no party can ever hope to form a stable majority government. The country is doomed to more years of instability ahead. The only hope is if sufficient fresh faces – from independents and small parties so far not part of the kakistocracy – win the elections, political reforms can be introduced to get the country out of this morass. Which is why it is vital that the social media campaign with the hashtag #NoNotAgain succeeds in bringing in new politicians to the forefront!

China’s Rapid Transformation And Lessons To Learn By Krishna Silwal 11 hours, 12 minutes ago