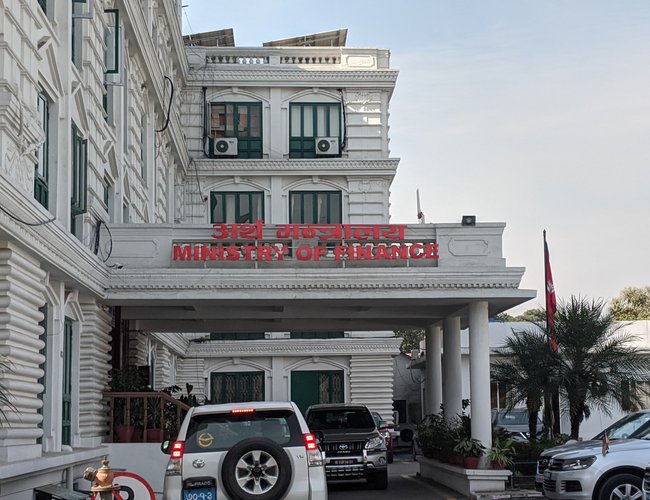 The government is short of almost Rs 37 billion which has been allocated for the projects and programmes in the country’s annual budget, and to be doled out by receiving foreign loans and grants.

In a report submitted to the Ministry of Finance by the Finance Comptroller General Office last week, the government is to receive more than 36.9 billion rupees from the donor agencies. Of the total, Rs 15.27 billion is under the foreign grants and Rs 21.62 billion under the foreign loans.

As per the central accounts’ integrated details prepared by the Office, the highest amount of reimbursement is of the local levels that they spent in the last fiscal year. Till the end of the last fiscal year, the local levels are to reimburse Rs 14.09 billion including Rs 4.11 billion from the grants and almost Rs 10 billion from the foreign loan assistance.

Likewise, the provincial governments’ Rs 8.51 billion expenses is yet to be reimbursed, of which Rs 4.95 billion was pledged as grants and Rs 3.55 billion as loan assistance.

Furthermore, the Ministry of Finance is also yet to receive some Rs 135.8 million in grant till the end of the last fiscal year and Rs 13.85 billion in loan as committed under the fiscal management is not received last fiscal year.

Moreover, different other ministries are also yet to receive the amount committed under the grant and loan assistance.

Country’s economy suffers as the amount pledged under the foreign assistance is not received and there will have impacts on reserves of the foreign exchange in the country.(RSS)

MD GHISING Leakage To Single Digit By A Correspondent 4 days, 3 hours ago

NEPALESE ECONOMY Growth 5 Percent By A Correspondent 5 days, 4 hours ago