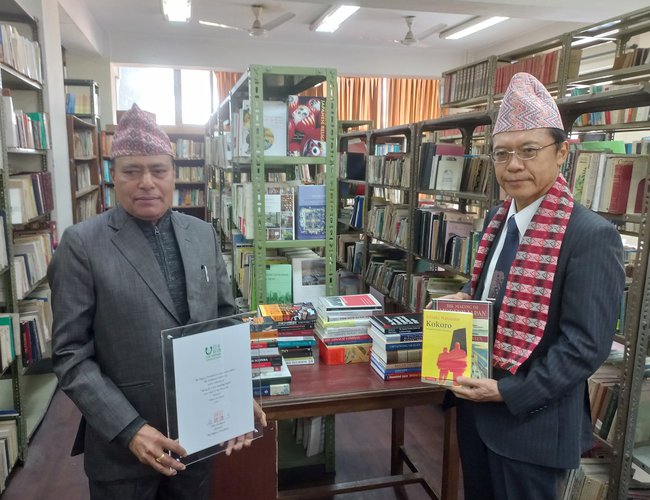 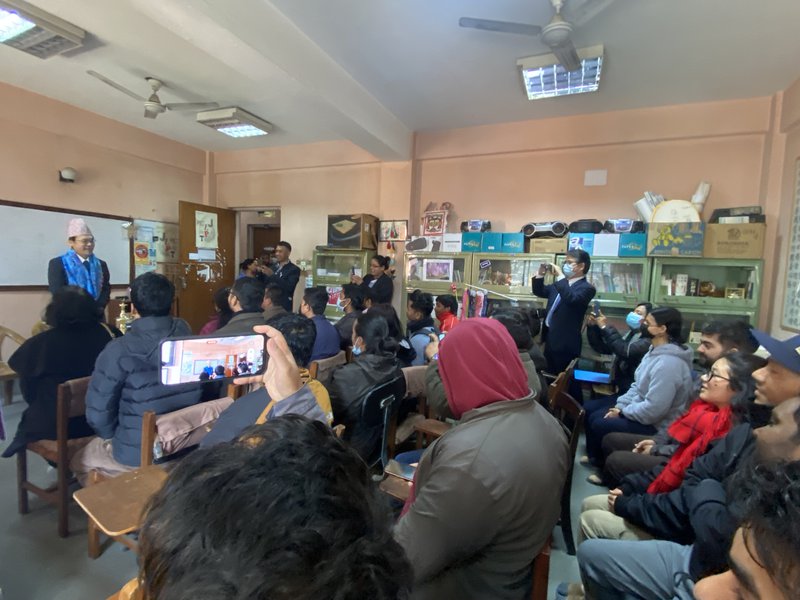 After the ceremony, Ambassador Kikuta met with faculties and students on campus. He told them that language learning is not only memorizing words and capturing grammar and hoped that the students would understand Japan’s deep history, fascinating culture, and efforts for modernization during their study in Japanese. In a friendly atmosphere, the students asked the Ambassador many questions on topics such as how to remember Kanji characters and recent Japan-Nepal relations.

The books are donated by the Nippon Foundation “Read Japan Project”. They include a wide range of titles, from classics on Japanese literature and culture to contemporary political and economic issues and will be housed in the library of the Campus of International Languages, Tribhuvan University. 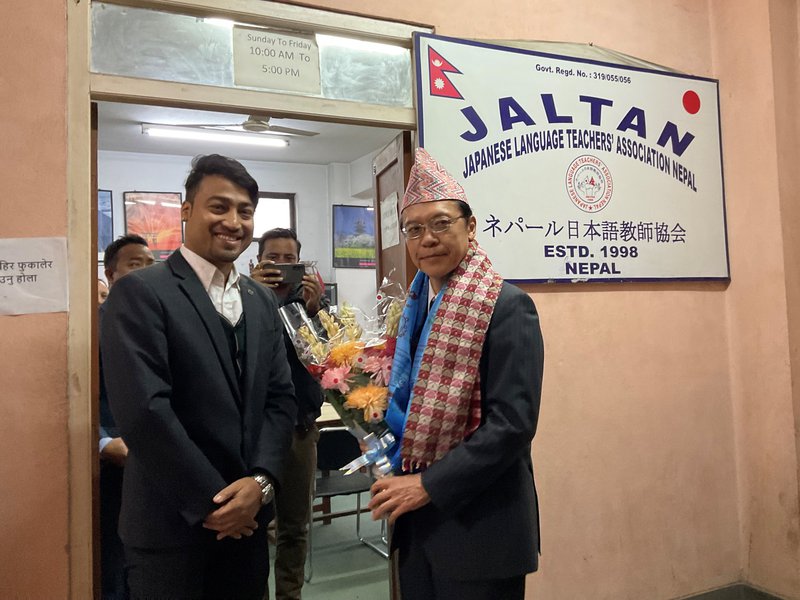 Finally, on this occasion, the Ambassador visited the office of JALTAN, Japanese Language Teachers Association Nepal, which is located on the premise of the Campus, to express his deep appreciation for their dedication to Japanese language education in Nepal, not only in the classroom but also through various events such as speech contests and karaoke competitions and encouraged the teachers.

Incredible Opportunity To Visit Patan Durbar Square In Nepal: US Under Secretary Nuland By NEW SPOTLIGHT ONLINE 1 hour, 34 minutes ago

US Wants To Make Its Collaboration And Strong Economic Relation With Nepal: US Under-Secretary Victoria Nuland By Agencies 8 hours ago

US Under Secretary Nuland Pays A Courtesy Call On PM Prachanda By NEW SPOTLIGHT ONLINE 1 day, 3 hours ago