People are not that keen about who ascends to the seat of power because no leader so far has shown genuine concern for the suffering of Nepalis and done something to relieve them of anxieties emanating from different sides at different periods of time. In the new situation unfolding before us, people are likely to see our leaders engaged in more intense destabilizing power battles aimed at furthering their personal and group\party interests, often at the cost of this country and its people. 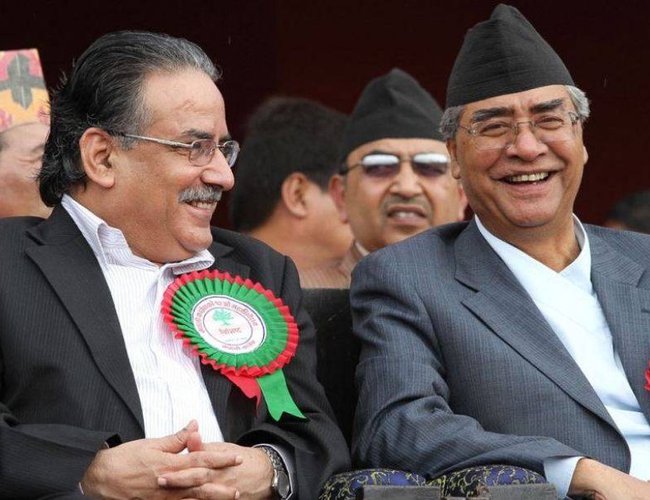 As decided by the Government of Nepal, parliamentary and provincial polls were held in a single phase on November 20. On the whole, the Election Commission deserves appreciation for accomplishing the job in a relatively commendable way. Much to the satisfaction of Prime Minister Deuba and his associates, the five-party ruling alliance has won the most seats and Nepali Congress (NC) has emerged as the largest party. If we remember how hard Deuba worked to save the coalition government from falling apart and the flexibility shown him in reaching a seat-sharing deal with his political partners, credit for this electoral gain should be given to him, more than anybody else. A cunning player of the power game, Deuba, is said to have played a role in splitting the two major communist parties earlier and thereafter never let Oli, Prachanda and Madhav Nepal come closer, showing every kind of flexibility to placate the latter two. Indeed, in absence of this collaborative arrangement, the performance of NC could have been more disappointing than its disastrous performance of it in the polls some five years ago when Deuba was both head of government and party president. It may be noted that Oli and Prachanda-led parties had fought the electoral battle under a joint manifesto and secured almost a two-thirds majority in the Parliament. Expectedly, the friendship between the two did not last long, which led to a split in the merged party and catapulted lucky Deuba to power one more time. The electoral gain is something NC, particularly Deuba, could draw some solace from in these difficult times.

The doubt-led government may also draw some solace from some positive signs seen in the economy, mainly in its external sector. It may be mentioned that the balance of payment (BOP), after a long period of fourteen months, has turned positive by Rs.12.43 billion in the first three months of this fiscal year. Likewise, remittance income has gone up by 16.8 percent, which declined by 7.1 percent last year. Although still negative, the current account also seems to be heading towards correction as the deficit of Rs.150 billion in the three months of last fiscal year has dropped to Rs.34.28 billion currently. Foreign exchange reserve has also slightly increased, which is attributed to an increasing number of workers (150 thousand workers in the last three months) leaving Nepal for work outside and the government’s strict measures to control imports. It may be mentioned that goods export in the three months has decreased by 35.7 percent, while goods import has gone down by 16.2 percent. Last year, imports increased by 63.7 percent. The situation on the internal front, however, still remains far from satisfactory as the wished growth of 7\8 percent looks unachievable and inflation is heading north, making the life of low-income people miserable. It may be noted that inflation which remained at 4.24 percent in the first three months of last fiscal year has climbed to 8.5 percent now. Likewise, declining import and reduced internal production has negatively impacted revenue collection. In the three months, only Rs.264 billion has been collected, which is just 18.84 percent of the target. The drop in revenue was very much anticipated in an import-based economy, which has failed to increase internal production to mitigate the negative impact on revenue of curtailed imports. Sometimes measures initiated on an ad hoc basis end up doing more harm than good to the economy. Nepal's government has also not been able to spend amounts kept under different heads in the annual budget. As has been the case all these years, capital expenditure has remained very disappointing this time, too as only 6.79 percent (Rs.25 billion) of the targeted Rs. 380 billion was spent in the first three months. Consumers are complaining of soaring prices of essentials, financial institutions complain of inadequate loanable funds and entrepreneurs complain of high-interest rate. Direct foreign investment has also taken an unprecedented nose dive (.08 billion rupees) in the three months of this fiscal year, registering a fall of 98.42 percent compared to the corresponding period of last fiscal year. Looks like the concerned authorities have no time for all these things as the urgings of the people concerned are paid no attention to. Probably our rulers feel that Nepal should not be complaining about their problems at a time when the global economy is not doing well and people all over the world are suffering. The rising cost of living has ignited the fire of discontent, let us not forget, and people even in rich countries have begun to take to the streets in protest. The rising cost of living has made us hungrier and poorer. It is very difficult to predict the supply situation of grains and fossil fuel, the two culprits fueling inflation, on the global market as OPEC, mainly Saudi Arabia, has defied US requests to increase supply to arrest the undesired hike in fossil fuel prices. Moreover, Russia has not given a clear signal to extend the UN\Turkey- brokered Black Sea grain deal, leaving the supply of Ukrainian grains uncertain. Countries are taking turns in weapons supply chains, finance and winter. Snow as well as Russian missiles are falling from the sky on Ukrainians these days.

Things globally are not encouraging. The global economy is expected to grow by just 2.3 percent, a sharp drop from growth earlier. Rising inflation, a war in Ukraine and falling demand are cited as reasons. China, still struggling hard to control the recent rise in Covid-19, is experiencing the slowest growth in 40 years. The Chinese economy is said to be shrinking under the zero-Covid policy. Natural calamities have also taken a toll on it. Government’s zero- Covid policy is being strongly protested there. The situation in the UK is also complicated with inflation touching 11 percent and no positive signs of improvement seen in the economy that convulsed during the short rule (42 days) of Liz Truss who went for huge unfunded tax cuts and a hike in spending. A non-white Rishi Sunak, who has become (at 42) the youngest Prime Minister of Britain in more than 200 years, is having a tough time managing the economy which he commanded during Boris Johnson’s premiership. Things in the United States, however, are not as hopeless, which could be attributed to the aggressiveness shown by the US government in stimulating the economy during the pandemic, allowing huge deficits in a primary budget. Moreover, the energy cost has not risen much, unlike the alarming hike seen in Europe and the Ukrainian war has not much harmed the largest economy in the world, despite America’s involvement in it. It may also be noted that natural gas prices have remained historically higher in Europe than in America. These days they are about five times higher. America is awash with its own energy. In fact, monetary tightening coupled with negative shock from soaring energy prices has already paved way for a duper recession in the EU.On the contrary, demand has not flattered even after months of monetary tightening in the US. These developments, however, may not suffice to arrest the global economy from getting into recession.

Despite organizing polls successfully on November 20 and some positive signs visible in the external sector of our economy, a strong headwind is likely to blow shaking both political and economic fronts. Foreign trade of Nepal is reported to have shrunk by 20 percent in the four months of this fiscal year. Likewise, revenue collection (19.11 percent) has fallen short of recurrent expenditure (23.78 percent) in the fourth month of this fiscal year. This unpleasant situation is said to have reoccurred again after years. Farmers do not get fertilizers on time nor do they get reasonable prices for farm products. Each year government announces different measures to support the farm sector and every year farmers are seen accusing the government of not making proper arrangements related to the marketing of agricultural inputs and output.

Despite a five-party alliance looking set to form the government, the nation does not look stable politically and the situation is likely to further deteriorate in times to come. The five-party electoral alliance has fallen short of acquiring a majority, let alone NC or any other party, leaving the field wide open for battle amongst parties to form a new government. WhileDeuba, likely to remain in full control of the NC parliamentary party, is expected to be prime minister for the sixth time, Oli is also said to be actively working to garner the support of elected representatives to form the next government. As head of the UML party, which has secured the most votes(125,000 more than NC) under the proportional system, Oli has every right to remain active and alert and even try to mend differences with Prachanda who does not seem to be happy at the electoral outcome. Oli can convincingly state how Parchanda’s party faired (winning 36 directly contested seats) five years ago when the two had joined hands and the poor performance(winning just 18 directly contested seats) of the Maoist-Centre now when Prachanda decided to cooperate with Deuba under the five-party electoral alliance. It has now become a matter of common knowledge that NC and Madhav-Nepal-led United Socialist Party benefitted from the arrangement, while the benefit from this endeavor did not trickle to the Maoist party. Prachanda now has reasons to believe that NC left more or less their supporters free to vote for candidates of their choice, while Maoist voters voted for the party they were told by their leaders. Atrocities committed by the Maoists on NC supporters during a decade-long insurgency is another reason why they did not vote for the Maoist party. Deuba could show generosity to his alliance partners by giving them more seats (74 this time) and fielding his candidates in just 91 constituencies across Nepal, but he cannot force, even if he tries, NC supporters into voting for the Maoist Centre. Disappointed by the electoral outcome, a shrewd politician, Prachanda, may make moves at an appropriate time to say goodbye to Deuba. People are not that keen about who ascends to the seat of power because no leader so far has shown genuine concern for the suffering of Nepalis and done something to relieve them of anxieties emanating from different sides at different periods of time. In the new situation unfolding before us, people are likely to see our leaders engaged in more intense destabilizing power battles aimed at furthering their personal and group\party interests, often at the cost of this country and its people.