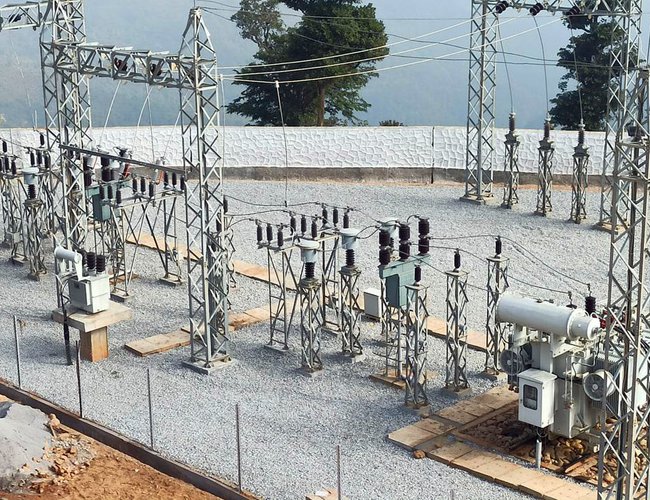 Construction of the Ghiring substation 33/11 KV has been completed at Ghiring Rural Municipality-4 in Tanahu district.

The substation was built under the social development programme of the Tahanu Hydropower Project 140 megawatt built by Tanahu Hydropower Limited, a subsidiary of the Nepal Electricity Authority.

According to the Tanahu Hydropower Project Chief Rajabhai Shilpakar, earlier electricity was supplied to various places in Bhimad Municipality and Ghiring Rural Municipality through Khairani substation.

Electricity will be supplied to these places onwards from the newly built substation at Ghiring, An electric transformer of 6/8 MVA capacity has been installed at the Ghiring substation and three feeder lines of 11 KV each have been taken out from the substation for power supply at the local level. One feeder line of 11 KV has been kept in reserve, it was told.

Another substation of 33/11 kv capacity is at the final stage of construction at Bandipur rural municipality in Tanahu, said Kapil Pandey, engineer at the Tanahu Electrification Project.

Under the Project, 70 new distribution transformers of various capacities have been installed in several places in the district. A contract agreement was signed with East India Udhyog/ Waiwa Infratech JV in 2075 BS for the construction of two substations and electrification of Tanahu.

The project is implemented with investment from the government of Nepal and Nepal Electricity Authority and a concessional loan from the Asian Development Bank. (RSS)