Insights And Qualms Of Conservationists

Nitin later sent me his iconoclastic book What’s Left of the Jungle: a conservation story, which I have just finished reading. And I must admit, it is among the few books that I haverecently encountered which not only provides a sharp picture of the convoluted challenges environmentalists face in the Global South but also helps many like me reflect on our own, often unsatisfactory, past efforts to right the wrongs we have encountered. 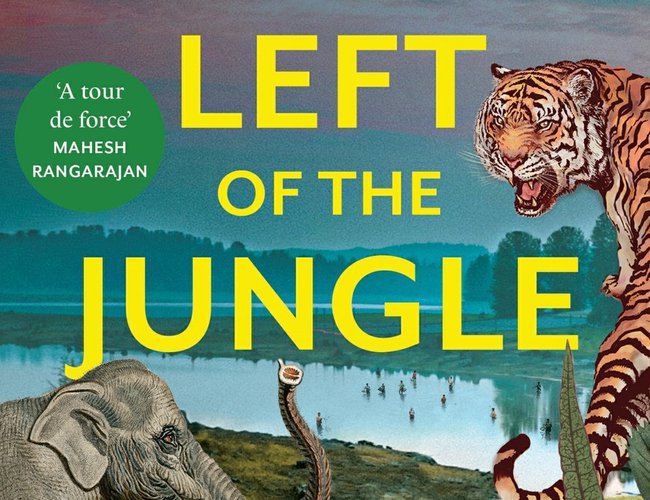 In August this year in Bangalore, at the 25th Anniversary celebrations of the non-profit socio-environmental research organization ATREE, I listened to an unconventional keynote speech by an elephant conservationist. It was Nitin Sekar, an American of Tamil parentage who was challenging conventional ecological myths with gusto. He and others at that conference reminded me of the famous upstate New York’s Mohonk Conference almost four decades earlier, where the then dominant “theory of Himalayan environmental degradation” (or THED that argued that “poor and fecund peasants were cutting trees in the mountains and causing floods in Bangladesh”!) was debunked by watershed scientists from all over the world.It was indeed a watershed moment of paradigm shift that is not often encountered in one event. Mohonk proved that when well-meaning environmentalists champion half-baked theories to simplistically explain away complex, often intractably “wicked” socio-environmental problems, and when policy makers and development agencies uncritically follow their misguided advice, one is forced to wonder if the worst enemy of the environment are such environmentalists themselves!

Nitin later sent me his iconoclastic book What’s Left of the Jungle: a conservation story, which I have just finished reading. And I must admit, it is among the few books that I haverecently encountered which not only provides a sharp picture of the convoluted challenges environmentalists face in the Global South but also helps many like me reflect on our own, often unsatisfactory, past efforts to right the wrongs we have encountered. It documents how the inexorable drivers at work make any textbook solution fail even before they are tried because of the enmeshing of acute poverty and chronic hunger among subsistence dwellers around national parks with the sleazy pressure of market forces, the corruption rife within the ranks of officials tasked with protecting the forests, and the logic of mass electoral politics that protects transgressors from prosecution.

The book can be read at many levels: it is a non-fiction documentation of a conservationist’s field diary;the travails of a PhD student’s fieldwork studying wild elephant habitat; a story of poverty-stricken villagers battling for survival in forest margin villages against marauding wild animals and even more dangerous corrupt officialdom in cahoots with timber smugglers; and well-meaning efforts of outsiders to help villagers that sometimes work (expensive medical treatment for one’s research assistant) but often don’t (modern income generating efforts disconnected from local economic reality).

For Nepalis, it is also the story of the centuries of Nepali migration eastward pushed by village usury or other social ills in the hills and pulled by the prospect of subsistence economy’s relief in Assamese jungles. For those who have encountered Lil Bahadur Chhetri’s Nepali literary classic Basain (settlement), here is a modern English version. Chhetri’s novel is about Pudkey Damai forced out of his native village by its Shylock money lender to Assam with his young wife to eke out a livelihood by raising cows. Nitin’s book is about his Nepali research assistant Akshu Atri (whom he calls his co-author) whose family was forced out of Sikkim and battles poverty, disease, mental disorder of a brother, love and death of family members, as well as harsh Brahminical social norms that that survive such migration transcending all odds. It is a story that has repeated itself down the ages, in migrations from the hills of Jumla to the jungles of Bardiya and Chitwan, from Lhotshampa expulsions from Bhutan to jungles of Assam and Jhapa, and even from Bajhang to Bangalore.

For all its similarities, the book also brings into sharp relief the contrasting forest management styles of India and Nepal. In India, the forests were nationalized by the British Raj, “owned” by the central government’s forest department as the overall landlord, with all those traditional subsistence dwellers in and around it seen as trespassers on its private property. Forests were also seen as something to be “mined” for market-worthy products (primarily construction timber and railway sleepers) that could be extracted for the government’s revenue enhancement.

In contrast, although Nepal’s forest department has also been very powerful since the time of the Ranas (Nepali Shoguns till 1951 who minted money supplying railway sleepers to the Raj) and unlike other government departments has enjoyed independent judicial and police powers, the fact that independent Nepal was not a colony has meant that its local institutions and cultural practices have survived. This, as India’s perceptive water resources secretary the late RamaswamyIyer confessed to me, has allowed the country to introduce and experiment with innovative, people-centric management styles such as community ownership in forestry, electricity, rural drinking water and irrigation as well as women’s self-help groups such as Aama Samuha. The entrenched rigidity of the colonial forest act makes such institutional innovation near unthinkable within India’s entrenched Babudom. In the book, this is only briefly mentioned in a remark by a Nepali villager who had been to Nepal and seen Nepal’s community forestry when discussing Joint Forest Management and the difficulties of actually implementing it around Buxa Tiger Reserve by devolving power to the local groups. 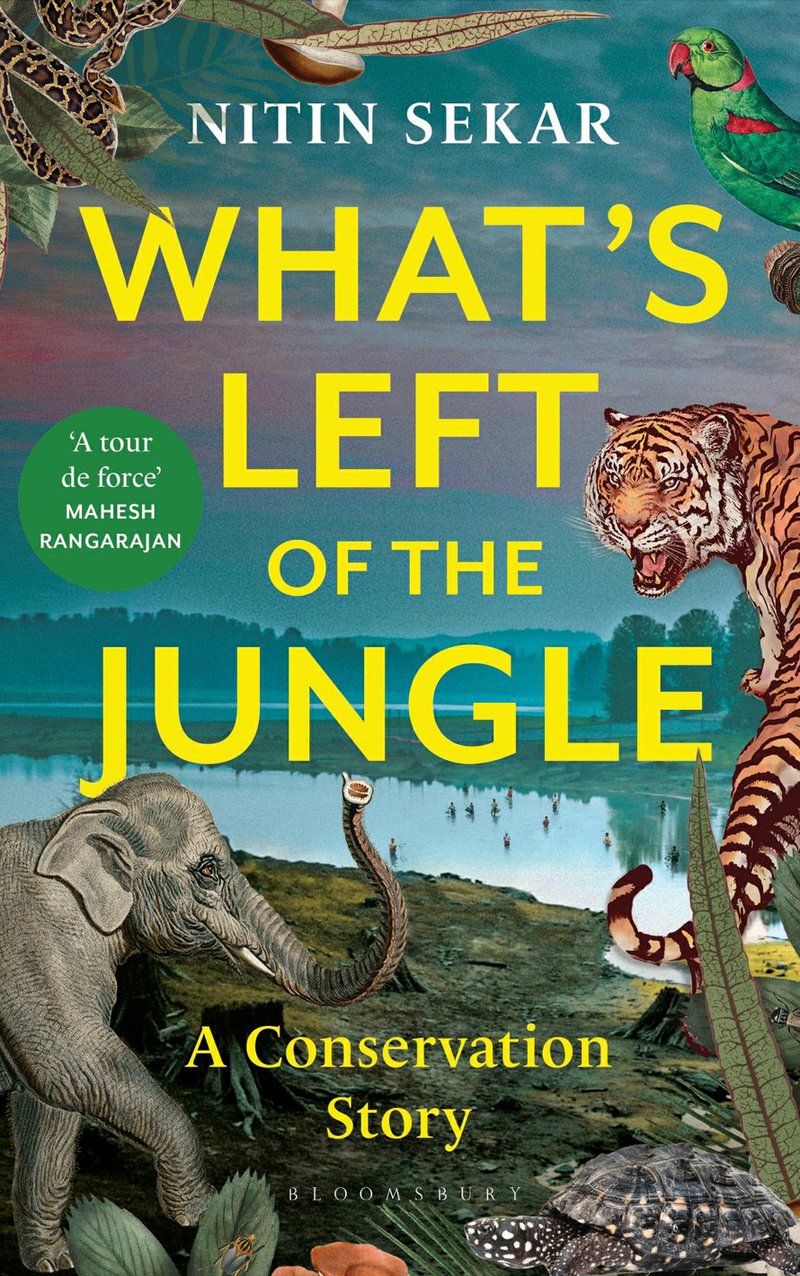 This is not to say that political pressures don’t exist within Nepali establishment against the country’s devolution successes. The forest bureaucracy hates community forestry and is always looking for opportunities (especially when semi-literate MPs become ministers) to wrest power back, as is happening with its purported “scientific forest management” plan that has nothing really “scientific” about it, just more of Dehradun Babudom replication! And the officers and trade unions within Nepal Electricity Authority are forever scheming to make sure the 300-odd community electricity groups functioning across Nepal since 2003 – and who have demonstrated amazing village-level innovations, especially by women’s groups – are made to fail! And strangely, this innovation, initiated by the King’s government, was targeted for roll-back when socialism-espousing Nepali Kangress and Maoist ministers were in power: they shut down the NEA’s Community Rural Electrification Department and did away with the 20:80 program (if villagers come up with 20% of the money required for electrification, government would put up 80%). Happily, thanks to grassroots political pressure, such regressive decisions were rescinded subsequently!

That resistance to actual “people’s empowerment” can only be partially explained by Nitin’s description of the distortions wrought against nature conservation by mass electoral politics. Why would parties swearing by socialism, Marxism and Maoism be against community electricity or forestry? Explanations would have to be found in the more pluralistic social science called Cultural Theory. The cynical adage that fox hunting Lords and Dukes make the best conservationists because they need to preserve the foxes so they can hunt them has behind it also a noblesse oblige aspect to it: hierarchs can only preserve their hierarchy if they maintain the moral upper hand, that is the preserve of egalitarian activists. Nepal’s national parks and conservation areas were all set up during the Panchayat rule of kings, as were community forests: mass electoral politics is under no pressure to cater to these higher callings.

In October last, King Mahendra Trust for Nature Conservation (KMTNC, now renamed NTNC or National Trust for Nature Conservation) celebrated its 40th anniversary. As a former trustee, I had to point out during the ceremonial speeches that its seminal contributions – people-centric nature protection and the idea of community forestry buffer zones around national parks that gave villagers a stake in preserving the forests – were all initiated during absolute and constitutional monarchies. It then attracted luminaries like the British Field Marshall, former Japanese Prime Minister as well-heads of global conservation outfits as trustees and chapter supporters. Today, it is a shadow of its former self, peopled by party hacks with neither the global or national clout nor any innovative ideas.

Enlightened statesmanship for nature conservation is the real endangered species in Nepal, in South Asia and in much of the rest of the world!!