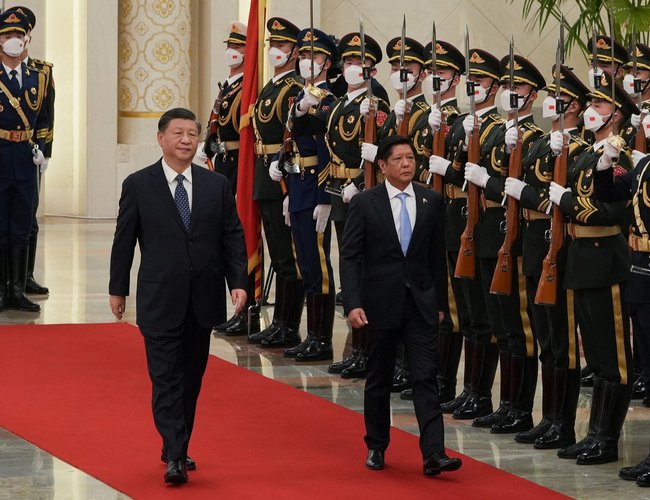 Chinese President Xi Jinping says his country is ready to resume talks on joint oil and gas exploration with the Philippines.

The ministry says Xi expressed his intention to strengthen bilateral ties in energy, infrastructure and other areas. It quoted Xi as saying China will work with the Philippines to resume negotiations on oil and gas exploration and cooperate "in non-disputed areas."

The Philippines' presidential office says Marcos told Xi that he wants to take ties with China to a new height. The office also says Marcos expressed his resolve to continue talks on the resumption of negotiations for the joint exploration.

After their talks, they witnessed the signing of 14 cooperation documents in a range of areas, including establishing communication channels over the issue of the South China Sea, as well as the Belt and Road Initiative, in which China aims at creating a vast economic zone.

Observers say China is pushing for cooperation with the Philippines over the South China Sea to counter the United States, which is strengthening security ties with the country. China claims most of the South China Sea and has been increasing its military presence in the area.

Ukrainian Soldiers Arrive In Britain For Tank Training By Agencies 15 hours, 31 minutes ago