During the time that the FIFA World Cup was going on in Qatar two TikTok clips were circulated by Thulo Ba in Twitter. The first showed Messi who stated that after their loss to the Saudi Arabia team, he, his Budi and children came to Nepal to enquire from a Jyotishi, whether Deuba’s or not he was not sure to enquire why? The seer divulged that this was because of Sanni Graha but that they would be OK henceforth. 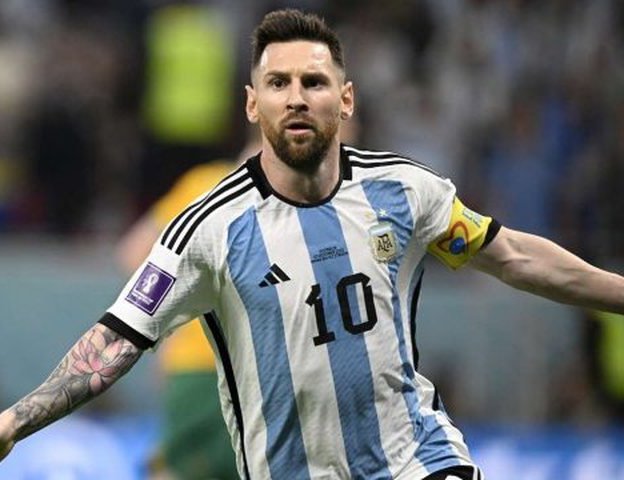 Not messy goat for Messi is an individual who makes everything perfect and so is ever in the news. His bearded face fronts newspapers worldwide. His beard though is not a ‘Goatee’ like that of a goat. My query was why they called him GOAT was answered when a fan of his explained to me that it stood for ‘Greatest of all time’! Wow. Four years ago when Argentina did not reach the finals there were a surplus of Argentina T-shirts unsold in Nepal. This year after Argentina won the FIFA cup there was a shortage of Argentina, specifically Messi 10 T-shirts all over the world. So the moral is that ‘Nothing succeeds like successes’. Is Messi the greatest, now that legendary Pele is no more amongst us?

In 1982, during the UK premiership of Margaret Thatcher, when war with Argentina over the Falkland Islands broke out some Gurkha soldiers in the British Army were also sent there. Even with this familiarly with UK, the football fans of Nepal have somehow always hooted for Argentina when the issue is football. Was this a legacy of Diego Maradona?

During the time that the FIFA World Cup was going on in Qatar two TikTok clips were circulated by Thulo Ba in Twitter. The first showed Messi who stated that after their loss to the Saudi Arabia team, he, his Budi and children came to Nepal to enquire from a Jyotishi, whether Deuba’s or not he was not sure to enquire why? The seer divulged that this was because of Sanni Graha but that they would be OK henceforth. In the second TikTok clip Messi said they went to Pashupati Nath temple, did darshan, had some ganja haina khaja and as a result of the deity’s blessing won against Mexico. A third clip placed in Twitter by a Maha Gafadi stated that a Lila Bahadur Limbu, seeing no future in Nepal went to Argentina and started playing football there. He was said to be in a position of winning the World Cup. The call was to check his papers and get him back to Nepal. This description showed a bearded individual wearing daura surwal, a blue coat and a Nepali topi!

Nara Shumsher (NS) may be said to be a Herculean character who during his hey days took charge of sports activities in Nepal on his shoulders. As per his biography by Hemanta Rana:

P.S. A historical fact is that the Ghales of Liglikot ran on Dasain Tika day a race from the Marsangdi River Dovan to Liglikot Garhi. Whoever won was made king for one year. This practice ended when Drabya Shah’s candidate defeated the Ghales in 1616 BS and ruled instead. The territory was taken over and the practice stopped. This event is now enacted yearly at Gorkha and is an incentive to take up running!

The man responsible for the development of many modern sports and sporting activities in Nepal was Sharad Shah (SS), a son of a C-in-C and grandson of Field Marshal Kaiser Shumsher, during the Panchayat rule in Nepal. SS, with whom I was acquainted was a serious God fearing individual who took his involvement seriously with much concern. It was during this time that thought was given to setting up a cadre of sportspersons, like that in Communist countries. Much development was made in judo, wrestling boxing and athletics activities because of South Asian Games (SAG). Nepal has held the SAG three times in 1984, 1999 & 2019.

Amateurism in sports in Nepal is virtually nonexistent. This is partly because many Nepali youth are going to countries as labour force. After the strenuous life there many will not take up sports. Many young Nepalis are going abroad to study and play sports in foreign lands. Sadly a small percentage will return when their active years are over. Picture in the future is dismal. Except for some intercollegiate sports, participation in such activities is just starting here. Of course Nepal has participated in Olympics and Asian Games but successes are minor except of Baikuntha Manandhar in marathon and some victories of both male and female judokas in Asian & South Asian Games. On a depressing note one learns that 13 out of 33 taekwondo medal winners have left the country. The contribution of army, police and armed force police participation is sports activities has to be appreciated.

Some professionalism in sports e.g. cricket, football and golf is taking place even with the lack of playing fields and stadiums whose construction e.g. Gokarna, Dhangadi and Bharatpur are mired in controversies. New ones are required to give a boost to sports culture within the country. Whilst it is a common trend for many youngsters to be fans of film actors and sportspersons the recent case of Sandeep Lamichane reeks of foul play with obvious mal-intent. Can we hope for investigation order by a namesake of his?

Currently there is provision for students to be admitted in educational institutes on a ‘sports quota’. A Madan Bhandari Sports Academy recently celebrated its 14th Anniversary. There is talk of starting a Sports University and having scholarships for sports. Let us hope it happens.