Only six, of the eleven seconds, the recording provides how the aircraft wings become almost vertical as it was seen to bank suddenly to the left. 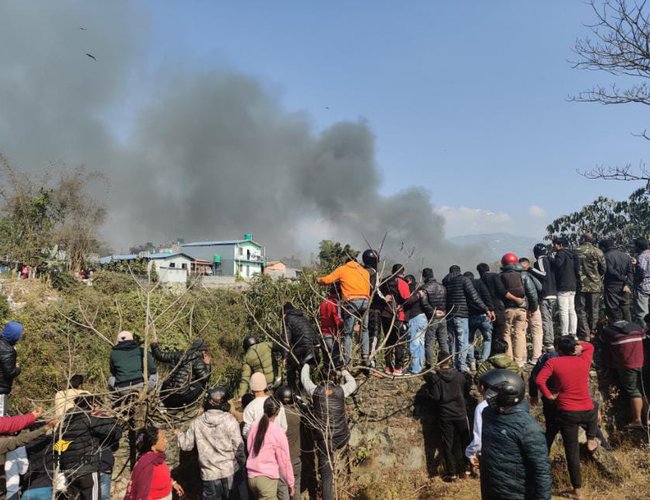 It is quite common to have lots of comments, especially unqualified ones, after an air crash. As it is, qualified comments from experts are very rare. Most such comments are usually made by people who have retired after a long flying career. But even those tend to be quite guarded. As such, they rightly refrain from making sweeping judgments. Even journalists, who have a responsibility to provide factual and balanced stories often do so without checking basic facts. This accident was no exception from that angle.

The most glaring one was related to the First Officer (FO). Some portals even reported that out of the two pilots in the cockpit, one was a "trainee pilot", implying that the aircraft had just one qualified pilot. They did not know that the FO, a Captain in this case, had to be tested if she was qualified enough to be "released" to fly as a "Commander".It was a watershed moment for her, especially after having lost her husband in a 2006 crash and only thereafter she resolved to take flying as a career.

While some found a problem with the crew opting to land from the west side runway (12) than from the east (30), as ATC had instructed. Again, this too is quite normal as the examining Captain wanted her to land from the west this time. For an aircraft coming from the east, as in this case, a "30" landing becomes a simple "straightinapproach", with no twists and turns to be made. The Captain would not have put her in that situation if he had the slightest doubt in her capabilities. But sadly it did not happen as he possibly assumed, and it ended up making flight YT-961 as the worst domestic accident ever in Nepal with seventy-two fatalities. We are seeking to get a clear answer as to what exactly happened at the moment to have sadly ended in a heap of mangled metal in the topographical stretch like the Seti Gorge.

The impromptu video recording, possibly by a normal camera phone wilding individual, will be of immense interest to all interested. Only six, of the eleven seconds, the recording provides how the aircraft wings become almost vertical as it was seen to bank suddenly to the left. The aircraft is seen to be on a normal, left bank in the beginning and it suddenly lurches left as the main fuselage gets hidden behind the building. However, the left wing tip can still be seen almost till the end of the fifth second getting progressively smaller. One has to pause and drag the cursor slowly to watch the recording minutely. One can imagine how close it was to the ground as we hear the dreaded and loud impacting bang on the sixth second or just a second after the wing tip gets fully hidden. 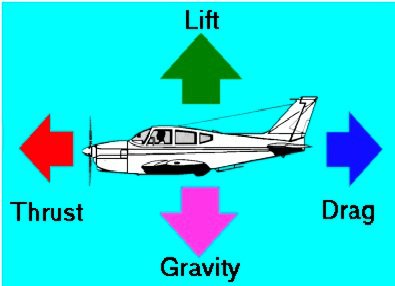 It was a case of devastating stall, no doubt. But what led the aircraft to get into that situation will only be a matter of conjecture. Further, the aircraft was in landing configuration as required. This means, it was slow, its flaps were extended as were the landing gears. While some felt that the flaps were not deployed to the degree desired That is not all, even the engines will be in low thrust mode while making a landing approach. Flying is all about overcoming the forces of "gravity" by the "lift" generated by the wings and, "drag" overcome by "thrust" provided by the engine. Gravity and Drag are ruthless duos that constantly shadow pilots. You make one mistake and they punish you instantly, especially when one is too close to the ground as in this case.

Reading comments made by numerous knowledgeable people in various media/forums are unanimous about it being a stall. Basing their observation purely on the said clip, some see the aircraft flying far too slow for comfort. Steep banking in such a scenario was the reason for the stall, they reasoned. Some wondered if she was mistakenly approaching the old airport, or might have even passed over the extended line of the new airport alignment that required correcting by steep banking. Aircraft have two pilots for a reason, but in this case, she was under tremendous pressure to do multiple jobs on her own as the examiner pilot was watching her every move. She had to watch out of the window frequently, also watch the speed and the altitude and also keep flying. Landing an aircraft is always a stressful job, and one can imagine the pressure when you are doing all this alone.

I found comments on BBC by a well-known safety expert, veteran Indian Capt. Amit Singh, https://twitter.com/flyingamit/status/1615283971549724675 who does not talk about this particular accident parse but looks holistically at the prevailing "safety" culture in Nepal. He talks about various types of safety cultures that need to be followed. And we seem to fare very poorly on all accounts.

Another devastating article that came up was

https://twitter.com/blairglencorse/status/1615294703070773248 titled "Sky high corruption caused Nepal's air disaster"by Blair Gelncorse and Naraya Adhikari in Global governance. He states that the Civil Aviation Authority of Nepal (CAAN) serves as the service provider and regulator for the sector. This system allows the DG of CAAN to issue tenders, put in place regulations & oversee compliance – a clear conflict of interest among other hard hammering points. They further add the committee was formed to investigate the recent accident but the prospect of any meaningful accountability through this process are being slim as Nepali governments are adept at setting up these bodies that are either mismanaged, under-resourced, ignored – or all three.

Wish that YT961 too had aborted landing much sooner than later on discovering the approach was not stable enough. I reckon she would still would have earned the commandership as Capt KC would have appreciated her sense of safety in giving up at the right time. It is very sad to see so much suffering for so many and it is equally sad to see FO/Capt. Anju Khatiwada's dream shattered. All we can do is to pray for their eternal peace and strength to all the friends and families of the departed to bear through this tragedy.

So long as the political parties keep power grabbing as the only aim of being in the government, we will not have to wait too long to face another disaster of this kind. It is time to be serious and expedite breaking CAAN into two entities, not just as suggested by ICAO or EASA, but as per a commitment made years ago. It will be a marathon job cleaning all sorts of muck therein, much like Hercules had to do to clean Augean stables. Like an aircraft approaching stall, the establishment does not have much time to get all this done to avoid meeting an ignominious fate otherwise. Being busy playing just musical chairs, I am deeply skeptical if they will have time to listen to promote safety culture as has become so very necessary. 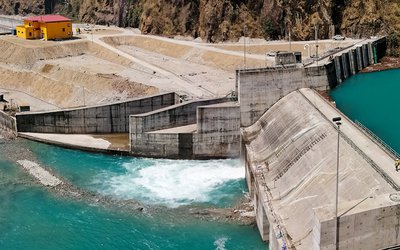