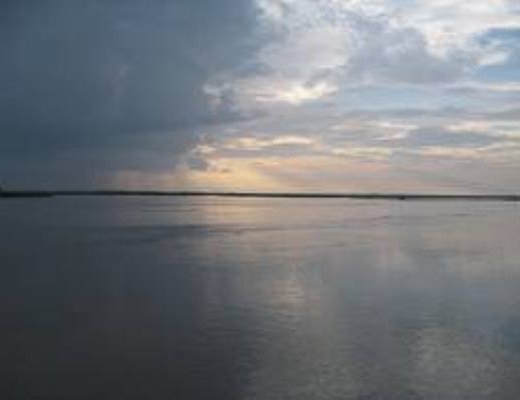 President Ram Baran Yadav embarked on a five-day trip, with his three generations in the family as part of the entourage, to Delhi via Banaras on December 24. A President receiving honorary Doctorate of Law at the last minute instead of much publicized D Litt earlier from a prestigious University like Banaras Hindu University—that has glorious association with many Nepalese scholars and visionaries—is no doubt a matter of glory, for him as well as for the nation. But what he did in the second stretch of that trip—a visit to Delhi ignoring advice at home from many quarters—has an inglorious part, perhaps overshadowing that glory earned in Kasi.  His trip beyond Banaras got the official status much later as it was made public that Indian President Pranab Mukherjee has extended an official invitation to him for a visit to Delhi. That was made known to the public just before Dr Yadav was to board Mukherjee’s special plane to Delhi.

Worse, back home, no one knows who the President represents in Delhi—government of Nepal, people of Nepal or himself and his family. Although, as a matter of practice, a minister and foreign secretary are part of the president’s entourage, he chose not to consult with any political parties about the agenda that he should be taking up with the Indian side. He has already declared Prime Minister Baburam Bhattarai a caretaker one, and his legitimacy is under debate, rightly, at home. Can the President use the situation to take a pleasure trip—although it has been approved by the cabinet in the last minute—to a country?

Yes, there are debates within the country how far a President should go and can go, in a situation like ours where a Prime Minister despite having failed to hold elections on the promised date, refuses to resign and continues unconstitutionally. The President has been extending deadline one after another for over a month now to have consensus backed Prime Minister elected without any results.  President’s role and responsibility is also under intense debate in Nepal—whether or not he can remove a Prime Minister –if chooses to rule against the provisions of the constitution. The interim constitution does not envisage a situation of the President appointing or removing a Prime Minister. He has left this responsibility to four leaders of political groupings that have failed to deliver the promised constitution on time, a decision that has been challenged by many political parties, individuals and stake holders.

India has been host to many Nepali politicians in the past all the times. But India does not command any more the usual respect like in the past, especially after 2006 when its ‘intervention’ in Nepal’s internal issues and political affairs has become objectionably rampant. India, the architect and mediator of the 12 point understanding is also being linked with the resultant failure, chaos and uncertainty in Nepal. President’s visit to Delhi has taken place a time when a powerful section of India’s opposition has begun admitting that ‘India’s Nepal policy has disastrously failed’.

In any case, the President’s visit will not be bringing any glory to the country and its people. He will be criticized upon his return for his silence or his speeches, for his action or absence of it.  He will be perceived purely as echoing ‘his master’s voice’ even when he speaks his mind and conscience most independently. What could be more inglorious than this for the first head of the state of Republic Nepal? Dr Yadav by his act has expedited the process of total collapse of the interim constitution, 2007. What after that? Is the answer that Nepali actors need to ponder about and work on?

The interim constitution has failed and is dead. The 1990 constitution has been annihilated, unconstitutionally. India can no longer work with Maoists and a dozen Madhesi leaders who are totally out of touch with the people. India withdrawing patronage or support to the Maoists will mean that its calculation post 2002 June—when it started supporting Maoists openly in its ‘terrorist avatar’ and moved towards scrapping Monarchy and alienating traditional friends like Nepali Congress –has gone wrong.  The phase post 12-point agreement saw the so called politics of ‘consensus’ in Nepal that in other words meant  conventional and traditional forces completely being denied any space by the Maoist led radicals. It also meant denial of any role to the Nepalese people in issues like whether Nepal should be a constitutional monarchy or a republic, a federal or unitary system. The death of interim constitution will be accepted by the people unsung and unwept. But they want stability, democracy and economic prosperity of the country. A synthesized document—constitution of Nepal 2070—is possible when every side is respectfully accommodated.

May it is time that a new constitution or political course is charted out by combining the spirit of the 1990 constitution, political message of the 2006 mass movement and that of the 12 point agreement which stood for ending the absolute monarchy but kept enough space for ceremonial monarchy as a symbol of national unity in a country of diverse culture, ethnicity, geography and religion, and recognized the role and contribution of Prithvi Narayan Shah in bringing about the unification of the country. Who is Yadav turning to when the country is in deep political and constitutional crisis?  And just compare two events: Did King Gyanendra refuse to vacate the palace? Did he take time in acceptance the decision of the Constituent assembly abrogating the monarchy although the entire procedure adopted was wrong and unconstitutional and malafide in intention.  But is Bhattarai accepting democratic norms when he rightly got the marching orders from the President in May end?  Is President behaving in conformity with the dignity of the highest office and as per the aspiration of the people? These questions need to be addressed fast as President Yadav’s return will trigger the process of the total fall and rejection of the interim constitution with direct impact on the institutions under it. King Tribhuwan had gone to Delhi with his three generation accompanying him in 1950.That time he represented aspiration of the Nepali people and their quest for democracy. He returned to the country with a triumph and he was received her e as a national hero. How will Dr. Yadav be received? And the parties, mainly the Nepali Congress perhaps go for course correction and show enough courage and character to accept their own failure in kowtowing the Maoists, and giving up the fundamental character of the constitution of 1990. 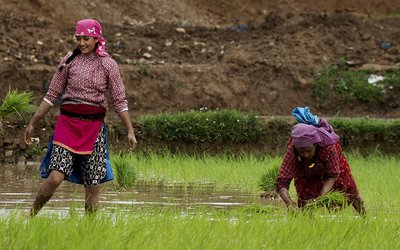 Women In Agriculture During The Post COVID-19 Recovery Phase By Novela Acharya 23 hours, 2 minutes ago 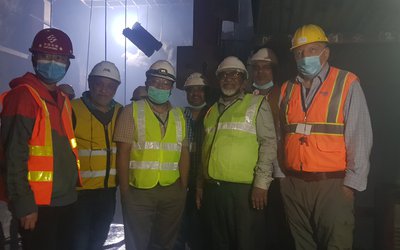 Corridors And Passageways By Hemang Dixit 4 days, 2 hours ago

The Dogma, The Discourse, And The Outcomes By Dr. K. Uprety 5 days, 2 hours ago 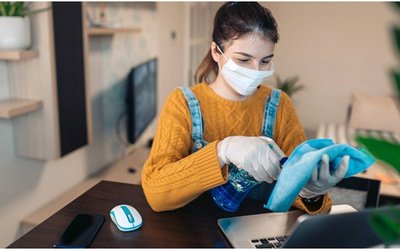 COVID-19: Disinfecting Your Homes And Offices By Amit K. Shrestha 6 days, 2 hours ago