“We Will Defend User Rights”

Dynamic and strong, APSHARA CHAPAGAIN is one of the most powerful elected women as the president of the Federation of the Community Forest Users Nepal, which has a membership of over 10 million people. As FECOFUN has recently concluded its sixth nati 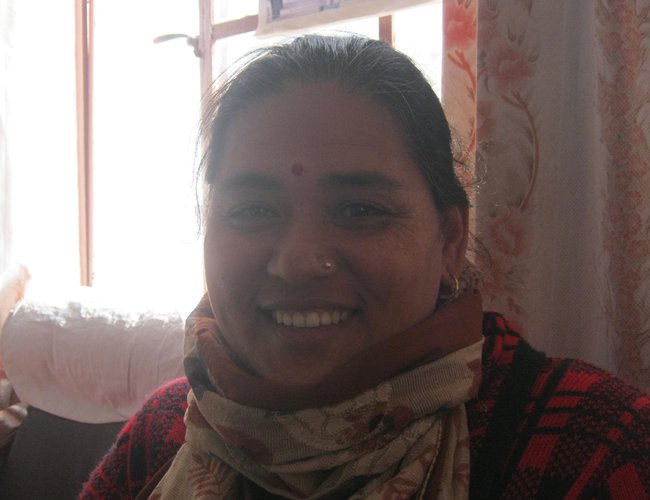 What does the sixth National Council meeting of FECOFUN mean for the forest users?

How important was it?

The National Convention has an important role in FECOFUN’s policy making.  For instance, the fifth convention expressed solidarity against deforestation and corruption in the forest sector.  It has also sent a clear message that any effort to curtail the rights of the community forest users groups is unacceptable to them. The convention also gives the direction to the central committee to raise strong voices against the recent move of the Ministry of Forest and Soil Conservation to curtail the rights of the user group.

What are their other main concerns?

By implementing policies likes EIA, the Ministry is delaying the handing over of the forests to the communities. The process of renewal has been halted. The council also opposed the move of the government to prepare guidelines and norms in handing over the community forestry to the user groups.  They held the view that this is not the right time to take such decisions when the government itself is unstable and no elected representatives are in place.

Your representatives were also talking about the need to introduce new thinking in community forestry, what is that like?

There are certain things which the community forestry needs to take into account, like operating the community forestry under the policy of sustainable forest management. How to make it manageable and sustainable is an important question now.  Another thing is the issue related to the use of community forestry to uphold the livelihood of poor and oppressed groups of people.  The time has come now to use forest products to generate employment opportunities. By establishing forest related industries, one can provide employment opportunities for the people. The other important issue is related to climate change. With the rise of temperature, the poor and marginalized communities have been facing serious impact of climate change.  There is the need to launch campaigns from the grass root level.  The people who are yet to get the benefits from community forestry need to be given the opportunity. There is the need to empower ethnic groups, and backward and marginalized communities and bring them into the national mainstream of community users groups. FECOFUN will work to protect these interests. There are over 18,000 users groups throughout the country. We have realized that there is the need to do more. There are around 500 members taking part in the meeting.

How do you see the malpractices? How can you make community forestry as part of poverty alleviation programs?

We have our own strategy. First, we have been following universally accepted model of good governance and encouraging our community user groups to abide by it. Our aim is now to utilize the forest resources available with the community to promote the forest related industries, such as, small and micro scale industries and eco-tourism. For this, FECOFUN alone cannot be sufficient. We need the support from all concerned agencies, including the donors, the Ministry of Forest and Soil Conservation and other local organizations. With coordination and collaboration, we have been working to promote eco-tourism and entrepreneurship.

How do you see the role of the forest user groups?

Don't you see there are problems as well?

There are certain problems in some community forests, which have not handed over as per the Forest Act 2049.They have problems like irregularity in holding conventions and meetings. They lack transparency in financial dealings. There are problems of selecting the leadership and electing the same person  in several times. These problems are there where the forests were handed over without following the due process. The responsibility to hand over the forests lies with the government of Nepal.  Such a process will be possible only through partnership between government and community.

How do you see the efforts of the government to contain the rights of users groups?

The state has been, time and again, making efforts to curtail the rights given to the users groups. FECOFUN's present leadership will oppose any move to restrict our rights and it is our duty to raise awareness against such moves. From local level to central level, we are united to fight against such moves.  As an apex body of the Community Forest User Groups, one of our objectives is to internationalize and localize against anti-user group moves of the government.

What is the stand of FECOFUN against some user groups which are involved in malpractices?

There are problems in some user groups which were given forests without following the forest act. With a few such examples, one cannot say that the concept of community forestry is bad. In Nepal's context, the state of forests has drastically changed following the handing over of forests to the community or user groups.  I cannot deny the fact that some individuals from certain user groups may have committed crimes, hobnobbing with forest officials and timber smugglers. Generally, community forests have been bringing the positive results in the country. We want to put such people in the legal trial.  It is unacceptable for us to put the entire community forestry program in controversy in the name of certain bad works committed by individuals.

Chapagain is the president of FECOFUN.