POWER CUT: Not Easy To Solve

There is no sign for the construction of major storage power projects, restricting the opportunity to import power from India. Nepalese are sure to face more load shedding for a long time to come. With the reduction of water level in the snow feed ri 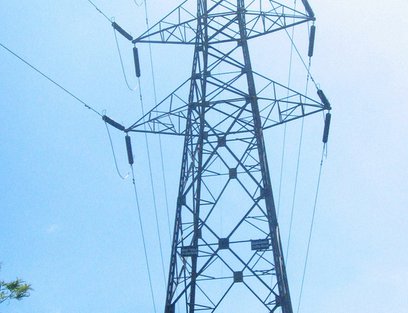 Just a few hours after the announcement by India that it cut 30 MW of power supply to Nepal, Nepal Electricity Authority has added two hours of load-shedding, making every home dark for 14 hours a day. This spoke volumes about writing Nepal’s overall power scenario.

If a short supply of 30 MW of power to Nepal added two hours load shedding a day, what could be the results in case of reduction of another 30 MW power supply from Indian state of Bihar. With the acceleration of economic growth in Bihar, it requires more electricity for internal consumption. One needs not be surprised by more power cut in coming days.

Nepal Electricity Authority’s acting managing director Mahendra Lal Shrestha in his annual report admitted,” considering supply options available, we had predicted restoring to a maximum of 18 hours of load shedding per day per consumer during the driest months of January, February, March and April.

There is also an irony. At a time when Nepal is in dire needs of power, the country even fails to use the power generated by Independent Power Producers. Although Spring River Hydropower project in Dolkha District has already started generation of commercial power, it does not have power grid to evacuate its energy. With the capacity of 10 MW, Spring River hydro plan is waiting for the construction of  grid supply power to national grid.

Although the government has expressed its commitment to construct the grid for power evacuation for the project, the transmission line project is yet to complete. Spring River is now supplying 3 MW power to Upper Tamakoshi and it is wasting 7 MW of energy.

These two incidents spoke volumes about Nepal’s overall power scenario. With the actual demand of electricity  at over 1200 MW, Nepal’s internal capacity is just over 700 MW in rainy season and it will reduce to half in winter when the rivers go dry. According to estimates, the present demand is a suppressed demand. Actually, there is demand of over 2000 MW.

The overall scenario of power supply is that one needs to bribe million of rupees to connect 150 kilowatt to 1 MW of energy supply. Despite construction of five projects with the capacity of about 700 MW, Nepal’s power cut will see no relief at all till the construction of storage project like West Seti, Raughat or Seti River happens.

At a time when there is a growing law and order problems and some parties are receiving the call to rise of political anarchy at local level, possibility of constructing new projects is very rare. All politicians are busy in settling the political and constitutional agenda, and the power sector development has become nobody’s priority.

The present power crisis is not a result of overnight incident. This is a result of the government’s Hydro Power Policy 1992. The policy was drafted during the period of Nepali Congress government. Since the promulgation of policy, the government completely stopped the investment in power sector asking private sector to come to invest.

For instance, the tenth five year plan envisaged generation of 314 MW power; with 214 MW by private sector and 100 MW by public sector. After completion of Middle Marsyangdi, public sector will fulfill 74 MW with delaying in the construction of Chameliya 34 MW. However, the private sector is just able to build the project capacity of just 37 MW with 29 MW by Chilime project, a company promoted by NEA.

As the cost of construction of hydro power in Nepal is very high, the investment is not easy. According to the report presented by Somnath Poudel, per kilowatt generation of power on average is 150 million rupees in Nepal.  However, the costs of almost all projects go much beyond this.

Although NEA has signed PPA for 1600 MW with the private sector, the hold of NEA subsidiary like Upper Tamakoshi and Chilime have higher stakes on these. Out of this, two subsidiaries of NEA alone occupies 60/70 percent of power.

With virtually no financial capability of the  private sector and the lack of government finance, Nepal’s hydro power sector has suffered all along in reaching the current state of power crisis.  In the last two decades, private sector’s contribution is over just 150 MW when the demand reached over five folds.

Given the experiences of looking at the private sector for foreign investment, there is no solution other than investment of the government in coping with the power crisis in the country. At a time when Nepal has been spending over trillion rupees a year to import petroleum products and generating revenues of over 30 billion, the time has come for the government to take a lead.