Nepal in the Accounts of Early Jesuit Travellers

At times, Desideri seems to be opinionated as well. He relies on many hearsay information. 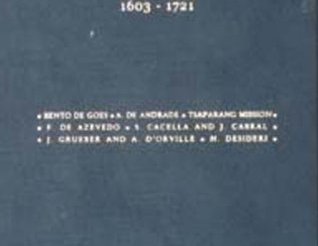 Alexander the Great (356-323 BC) was the first renowned European who reached Central Asia and India between 343-323 BC. The British exploration, which began about the end of the 18th century triggered by the East India Company, is quite new.

Cornélius Wessels’Early Jesuit Travelers in Central Asia: 1603-1721[The Hague: Martinus Nijhoff, 1924]gives an insight into the often forgotten pioneering travel and discovery by Jesuit missionaries in Central Asia, especially Tibet. The book is not on Nepal as such. However, some stories included in the book also have some interesting references about this country.

Written by Cornélius Wessels,who was a Dutch Jesuit, it is an anthology of geographical, historical and cultural information collected by the Jesuit visitors during the seventeenth and eighteenth centuries. The book is also a valuable source of information for anyone interested in the early exploration of the Himalayan region. The great Himalaya trail is one of the longest and highest walking trails in the world. Winding beneath the world’s highest peaks and visiting some of the most remote communities on earth, it passes through lush green valleys, arid high plateaus and incredible landscapes.When the book was first published in 1924, it was said to be notable and was read with interest by all concerned. Even now, for whom the history matters, the book offers interesting insights.

Wessels analyses the travel accounts of Bento De Goes (1602-1607) who is mainly remembered as the first known European to travel overland from India to China, via Afghanistan and the Pamirs. The account of Antonio De Andrade (1624) who was the first known European to have crossed the Himalayas and reach Tibet, establishing the first Catholic mission on Tibetan soil, is another story in the book.  There is an other interesting account of the Tsaparang Mission (1625-1640). At the time of the Mission, it was the capital of the ancient kingdom of Guje in the Garuda Valley, through which the upper Sutlej River flows, in Ngari Prefecture (Western Tibet) near the border of Ladakh. The Khasas of Nepal had ruled the country for a long time.

The book also has additional accounts of Francisco De Azevedo (1631-1632), Stephen Cecilla and John Cabral (1626-1632), John Gruber and Albert D’orville (1661-1664) and Hippolyte Desideri (1714-1722). The most interesting journeys are those of Stephen Cacella and John Cabral who visited Gyantse and Shigatse, John Grueber and Albert d'Orville (1661-64) who travelled from China through eastern Tibet to Lhasa to Kathmandu and then went on to India, and of Hippolyte Desideri (1714-22) who travelled from Kashmir along the Tsangpo to Lhasa. Desideri was in Lhasa during1716-1721. The book also includes a comprehensive map of such travels by Dutch cartographer C. Craandijk.

John Cabral was the first European to traverse Nepal. He left Shigatse (now the second largest city in Tibet) in 1628 and traveled through Nepal on his way back to the Jesuit mission at Hugli on the Ganges Delta.  “It [the object] was, in the first place, to discover this new route through the Kingdom of Nepal, in order that the mission might be continued through it, as the road through Cocho [Cooch Behar in the foothills of the Eastern Himalayas] is so dangerous and uncertain. I have also come [to Hugli] to settle some affairs in connection with this mission, which I think may become one of the most glorious of the Society of Jesus; it is the gate to the whole of  Tartary, China and many other pagan countries.”

“The road to these countries is not through Cocho but through Nepal, which borders on Mogor [Mughal empire]. In Patana [Patna] and Rajmol [Raimahal] the road is perfectly safe and is used by many traders. The king gave me a captain to conduct me to Nepal. The latter carried letters and presents for the king of Nepal requesting him to help me in whatever I might need, as he esteemed me highly. This was done by the King of Nepal and very kindly he directed me to Patana.”

Some seventy pages are devoted to Hippolyte Desideri alone in the book of Wessels. He travelled by the Kuti road to Nepal, reaching Kathmandu from Tibet in December 1721. It was a little before the Gurkha conquest of the Kathmandu Valley. After a brief stay in the Valley the journey continued to Patna and onwards through India to Madras. The description of Nepal, which is one of the earliest yet discovered, is unfortunately brief.

Nepal has been mentioned here and there. The three cities of Nepal - Kathmandu, Patan and Bhatgaon -is set forth with the customary fullness, while the character, religion, language and dress of the people are likewise passed in review. Desideri points out that the country became closed to the foreigners after the Newar dynasty was overthrown by Gorkha ruler. Nevertheless, it has been mentioned that one Pandit Hariram, Explorer No. 9 of Montgomerie (Journey to Shigatse) managed in 1871 to cross the Thung La, and left a dramatic description of the sufferings he endeared on the mountain, which he attributed to emanations from the soul. At one place, further down in the plains of Nepal, he also mentions about deadly Ol [Aulo in Nepali], which he describes as a sort of influenza active during summer, which takes many lives every year.

At times, Desideri seems to be opinionated as well. He relies on many hearsay information. He describes about the wandering Lamas or mendicant monks, and others who profess magic and make money in the Himalayan region. There is a reference on the free use they make of implements formed from human bones, such as trumpets, drums, cups and rosaries. He also gives a reference of the corpse of a Nepalese who was rescued from the water. The person had died at Kuti and had been thrown into the river, by some Tibetans, with the object of stealing the skull and turning it into a goblet. About Newars, he says, “all have deceit written on their faces. … They are cowardly, mean and vagarious, spend little on their food, and are dirty in their habits.” However, he states that the people of Nepal owed no allegiance to any foreign power.

Cornélius Wessels’Early Jesuit Travelers in Central Asia is a must read book. It is clear that these travelers were writing about people who were pagans in their eyes. Nevertheless, it has wealth of information to help us understand the Himalayas and the people living there, as well as the point of view of these missionaries traveling abroad to preach in the name of Jesus.