‘Time Is Ripe For Local Elections’

With the new political government coming to power after the November election of Constituent Assembly, the focus is now on the state of local bodies. 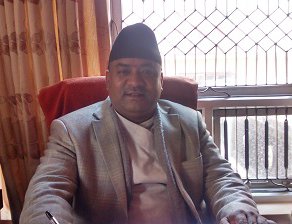 With the new political government coming to power after the November election of Constituent Assembly, the focus is now on the state of local bodies. As more than a decade has passed since last elections were held for local bodies, the political parties, in the election manifestoes, had committed to elect people’s representatives to the local bodies such as Village Development Committees (VDCs), District Development Committees (DDCs) and municipalities. The seven point agreement between Nepali Congress and CPN-UML, who have formed government, also promises to hold local polls within six months. The newly elected prime minister Sushil Koirala spoke about his intention to do so at the parliament. As such we spoke to KRISHNA MAN PRADHAN, Executive Director of Nepal Law Society, who has been involved for long in the election monitoring and constitution making process, on the importance of local elections and its effect on the constitution making. Excerpts:

Almost three months have passed since the holding of the second Constituent Assembly elections, how do you look at the present scenario? How important is holding local polls now?

Although we are still behind the schedule, politically and constitutionally,  there are positive signs as well. Convening the session of CA is itself a positive beginning. As several sessions of Constituent Assembly have already been held and the CA is now in the process of electing Chairperson of Constituent Assembly, the process has already taken off.  Now the time has come for all major political parties to work to complete the writing of the new constitution within a year as they promised during the elections. Political parties need to fulfill their commitments and promises given to the people. Another important promise they have made is about the local election. They must now hold the local election at the earliest. It will help in the democratization and service delivery aspects.

What should be the new government’s priorities now?

Don’t you think it is against the provision of federalism?

Why do the elections for local bodies matter?

If the country holds the elections for local bodies, this will put pressure to hasten the constitution writing process. In the absence of local bodies, CA members will have the monopoly in the local constituencies.  Elected local bodies will help to draft the new constitution in time. The elected members of over 200,000 representatives can put a lot of pressure on constitution making process. The time is now ripe for holding local elections.

How important are the elections of local bodies in the context of state restructuring?

The elections of local bodies will also help in the process of state restructuring.  Elected representatives will help decide the number and boundary of provinces and, even the name of the provinces. As in the past, Nepal needs the support and goodwill of development partners and donor agencies to hold the elections for local bodies. Nepal’s political parties, members of civil society and Nepal’s development partners will need to go for it.

At a time when the CA is yet to make the rules and calendars for the Constituent Assembly and the Legislature-Parliament, how will it affect the CA business?

As Member Secretary of General Election Observation Committee Nepal, one of the largest election observer groups of Nepal, how do you look at the Constituent Assembly elections?

As a member secretary of GEOC, which carried out observation in three phases, including pre-election, during and after elections, I can say that the people took part in the voting with commendable enthusiasm and expressed their commitments towards constitution writing. The election was free and fair. This observation is based on the reports from observers deployed by GEOC in 150 constituencies of 55 districts. We deployed 2,300 observers at the village, municipality, district and national level. Out of them 55 were national observers. The election was remarkable in terms of participation of women.

Since you have been monitoring the elections for almost two decades, who do you give credit for this?

One of the factors leading to the success of elections was the preparations put in place by the Election Commission and the security agencies. The distribution of photo ID cards and use of voters list with photos contributed to making the election fairer.

Didn’t you see any kind of terror and intimidation?

Yes, some political parties opposed to the election made attempts to create fear and used force to create an environment to discourage voters. We also received reports of deplorable activities like confiscation of voter’s ID, ballot papers and even seizing of the polling center. In some centers, there were attempts by parties to prevent voters from rival parties. But, all in all, this was one of the fairest elections held in Nepal. We are in the process of presenting our final report to Election Commission.

At a time when some groups have been opposing the move to take ownership of the work done by previous Constituent Assembly, how do you look at this?

But, leaders of some parties are terming the previous Constituent Assembly as a failure. What is your impression?

Of course, previous Constituent Assembly was dissolved without promulgation of the new constitution. It does not mean that the dissolved CA had not done anything. In the four years from 2008-2012, the CA went through intensive debates regarding the key constitutional aspects, in both formal and informal modes. Following such discussions and debates, understanding was reached on many issues. It was dissolved in the last minute following the failure to agree on some thorny issues.

Do you mean dissolved CA was in a stage of finalizing the constitution?

It was dissolved because it failed to forge consensus on the agenda of state restructuring and form of governance. There was almost some agreement on all other issues. The newly elected CA needs to take such a great task completed by the dissolved CA.

What do you suggest to draft the new constitution on time?

If they take the ownership of the dissolved CA, the new CA will not have to discuss on more than ninety percent of the issues. That means they need to make only three committees unlike in the past. They will need a Constitutional Committee, having the membership of all 30 parties of CA. This committee should be given the role to settle the disputes that appear in course of constitution making process. It would be appropriate to set up another draft committee, having 15 members – preferably members who have background in constitutional law - representing various parties in CA. This committee should be given power to prepare a draft of new constitution.  Third important committee would be the public opinion collections committee. The Public Opinion Collection and Coordination Committee needs to be given the responsibility to take the final draft to the people to seek suggestions for the new constitution. After collecting the suggestions from the people, the draft should be sent to the house for final approval. If the constitution is passed on the basis of consensus, everything will be alright. If not, it should be subjected to voting where it can be passed by a two-third majority.

US Democracy Is In Danger: Philosopher Susan Neiman By Agencies 1 month, 4 weeks ago

The Fourteenth General Convention: An Aspiration Of NC’s Reawakening By Arjun Narasingha KC 3 months, 2 weeks ago