The Government Will Fall 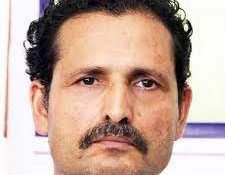 How will your party treat the new government?

UCPN-Maoist has already decided to sit in the opposition. Our support to this government will be based on its performance. Our party will play the role of a constructive opposition.

How do you see the possibility of promulgating the constitution within a year as promised by the two parties?

I am doubtful that the Nepali Congress and CPN-UML government will last for a long period of time. We have already seen dissensions within both the parties. The clashes of conflict within the parties indicate that this government will fall before time.

It seems that your party is expecting this government to fall, so it can get involved in the new government.

If we wanted to be part of the government, we would have joined in the power sharing deal with both the parties. Our party has made it clear that the verdict of the people is against us. There is no question to join the government at this juncture. What I am predicting is, on the basis of emerging contradictions in both the parties, it will fall.

Since the current parliament will be there even after the promulgation of new constitution, won't your party be part of any new government in case the current one falls?

In case of a vacuum in the formation of the government, our party can take another decision. Right now we want to concentrate on constitution writing. Our aim will be to promulgate the new constitution in time.

What are your party’s views about this government?

There is no doubt that by nature of the parties, this government is tilted towards the right. As the main opposition party, we need to be very careful to preserve the achievements made by the People’s War and People’s movement II.

What should be the priority of the present government?

The present government should work to promulgate the new constitution in the promised period of one year. We will watch the government's activities very closely. If the government makes any attempt to dislodge the achievements made by people, we will oppose the move.

As your party was also a part of broader political alliance formed to hold the elections, what has prompted your party to sit in the opposition?

We were part of the broader political alliance. However, the verdict of the last CA elections was in favor of Nepali Congress and CPN-UML. Since the people voted us to be in the opposition, we opted for the opposition bench.

How do you see other future prospects of this government?

Although it will be premature to comment on the new government, I can see so many contradictions within the alliance. There is a possibility of the alliance breaking at any time.

Nepali Congress and CPN-UML have already decided to share chairman and vice chairman and chairman of committees of Legislature Parliament and Constituent Assembly. How do you look at all this?

Although Nepali Congress and CPN-UML secured the majority to form the government, the verdict of the people is for consensus. If they work unilaterally without recognizing the opposition, they will face the consequences. They will need to share the chairman and other positions of the Legislature and Parliament and CA committees by forging political consensus with the opposition party.

Nepal's Stand Is For Truth To Prevail, Come What May: DPM Pokhrel By NEW SPOTLIGHT ONLINE 3 months, 2 weeks ago

Nepal Is Ready To Face With India, Ultimately Truth Shall Prevail: DPM Pokharel By NEW SPOTLIGHT ONLINE 4 months ago

How Can An Employer Pay Full Salary To Employees Without Income? Senior Advocate Dr. Gandhi Pandit By NEW SPOTLIGHT ONLINE 4 months, 1 week ago

With Focus On Children, WVIN Has Done Well: Ginting By A Correspondent 6 months, 1 week ago

Innovation, Entrepreneurship Can Transform Nepal: George By A Correspondent 6 months, 1 week ago

Regulatory Application Will Improve Fiscal Discipline: Mainali By A Correspondent 6 months, 1 week ago