The book Among the Himalayas (Westminster: Archibald Constable & Company, 1899) is one of the very few nineteenth century books exclusively devoted to the Himalayas and countries in their vicinity. 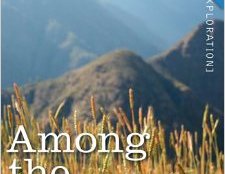 It was Lt. Colonel Laurence Austine Waddell (1854–1938), a British military surgeon, who ventured to publish this book after traveling around a decade and a half exploring these beautiful yet, dangerous regions. They included Sikhim and areas on the borders of Nepal and Tibet. The book talks about the soaring peaks of the greatest mountain range on earth and the “primitive tribes” who live around them. It also talks about their lifestyle, religion and culture including Tibetan Buddhist religious practices he observed there.

Highlighting the challenges of traveling in the region, Waddell takes the readers on visits to Nepalese and Tibetan tea gardens, journeys to monasteries in the mountains, palaces, and temples, and much more. There are stunning photos and drawings in the book complementing his exciting and gripping Himalayan experiences. He adds on: “To render the narrative more complete, I have added in respect to some glaciers and peaks, which were not reached by [Joseph] Hooker or myself, a summary of the descriptions of these by Sherwill, Graham, White, and Hoffman, and also some geological notes by V. T. Blanford, mostly from reports that are buried away in more or less inaccessible journals.”

Laurence Austine Waddell was the cultural consultant on the 1903-1904 British invasion of Tibet led by Colonel Francis Edward Younghusband, and was considered alongside Charles Bell as one of the foremost authorities on Tibet and Tibetan Buddhism. He also estimates the commercial potential of Tibet, including its gold mine, talks about the imminent disintegration of China:  “And with an English protectorate over Tibet, replacing the shadowy Chinese suzerainty over that country, and the rich valley of the Yangtse up to the border of Eastern Tibet secured within the English ‘sphere of interest.’ England would not only prevent a possible Russian wedge being interposed between her Indian, Burmese and Chinese possessions, but she would consolidate her position from the Indian Ocean to the Northern Pacific, and gain thereby the paramount position throughout Asia.”

Weddell describes Everest as the king of all mountains. He further mentions about several peaks over 20,000 ft. There are amazing details about these peaks and the feelings that they generate in the author and the passers by in the lower mountains. In praise of the mighty Kanchenjunga, most clearly seen and observed from his route to Darjeeling, with its 13,000 feet of everlasting snow, the author recites: "Whose head in wintry grandeur towers, And whitens with eternal sleet; While summer in a vale of flowers Is sleeping rosy at his feet." The whole Himalayan region in the vicinity finds splendid mention in the book along with the rivers, streams and everpresent mountainous sceneries.

The controversy that has been mentioned by Waddell as to the name of the highest peak in the Himalayas, and the rest of the world, might be of some interest to modern readers. According to the author, the Surveyor-General of that day had proposed to the Royal Geographical Society of London to give this giant mountain the surname of his predecessor in office, Sir George Everest, to whom the great merit belonged of organising the Survey of India on a scientific basis, between the years 1823-43. It is amazing to read that Brian Hodgson, already a leading Nepalogist by that time, protested this on the ground that the vernacular Nepalese name "Deva-dhunga" (God’s Seat) already existed, and there was no need to give any new name. Some also said the highest peak were called "Bhairava Langur" or " The Terrible Pass". It was later argued that these names did not apply to this particular mountain at all. The name ‘Everest’ therefore was finally given, shutting all doors for further exploration. The local Nepalese names, whether they were correct or not, have now disappeared from the history.

The book is a wonderful description of the picturesque Himalayan region. “The vastness of this view, vast beyond that of any other spot of earth perhaps, is almost oppressive.” It was not only beautiful, but also a healthy region. This explains why the British took over the Darjeeling hills from the Sikhimese King as a sanitarium for their troops. The context of the Nepalese in this majestic land is quite important here. Nepalese people existed in the region, albeit in limited numbers, long before the British came to settle in. However, Waddell describes Nepalese as the people who came to settle in the Darjeeling hills, affecting the dense virgin forest, only after the Europeans moved in there, and subsequently the tea gardens were introduced as an enormous industry.

Dr. A. Campbell of the Indian Medical Service, who had been the British political Resident at the Court of Nepal, has been mentioned as the person who [further?] encouraged the Nepalese to settle in their thousands subsequent to his appointment as the Superintendent of Darjeeling. The hills prospered like anything significantly raising the local standard of living. He gives one example as an effect: “The bright-eyed Nepalese women, gaily parading their holiday attire, are neatly dressed in bright colours, many of them in English broad-cloths, and they complete their toilet with a gaudy handkerchief of European manufacture thrown gracefully over their heads, in Italian style.”

At one place, writing about Sikhim, Waddell names the Nepalese as colonists: He notes these colonists felling and burning the virgin forest in their new settlement “in accordance with our new policy of developing the resources of the country, and raising revenue for improvements, by leasing out the land on easy terms to the Hindooized Nepalese.” He finds Nepalese as excellent peasantry, when compared with the easy-going Lepchas and Bhotiyas. To his surprise, the latter are “neither good cultivators, nor do they pay any revenue worth mentioning in cash.” He talks about the need for preserving these aboriginal Lepchas and Bhotiyas from being swept away altogether.  He mentions however that the Nepalese are “at present restricted to the lower and most fertile part of native Sikhim, adjoining the district of Darjeeling. In the unreserved portion, the racial distribution corresponds to some extent with the geological formations; for the Lepchas down in the hot valley coincide generally with the limestones and schist rocks, while the Bhotiyas occupy the massive gneiss and granite.”

The author spares many pages to write about Nepalese, Sikhimese and Tibetan tribes. As he mentions, at one place, Limboos (or Ts'ong-pa or merchants’) are still the chief cattle-traders and butchers in Sikhim. They import cattle used to be the chief import from the plains. It is not clear for him why they are called Yak-tamba(Yak-herds?) or Ek-tambo. The difference that he finds between Limboos and Lepchas is that while Limboos have more Mongolian flatter faces, the Lepchas have less. He mentions what he was told by one Achoom that the Limboos are “proverbially stingy and inhospitable.” As far as Kiranti tribe is concerned, the author mentions that they are “semi-aboriginal” and Limboos intermarry with them. Nepalese are ‘hardy’ people. They have adopted the dress and externals of Hindooism, like most of the other Nepalese tribes because “their ruling tribe - the Goorkhas - have set them this example.” His opinion is that “[T]hough small in stature, these Nepalese have big hearts; and in many ways resemble the bright joyous temperament of the Japanese, though lacking altogether the refinement of the latter.” However, all Nepalese are similar in the one respect, “that personal cleanliness is rather at a discount amongst them.”

Waddel talks about the personal titles of the Nepalese. He finds it peculiar. Nepalese hardly use the proper personal name. Even close friends avoid this. “This is not done, apparently, because it is deemed unlucky. As all men are brothers, they are usually addressed simply as "elder brother" [dajti), and the women are called "elder sister"; or they may be called by one or other of certain titles, all of which are considered to be more polite than the proper name of the individual. These tribes do not appear to have any totems, or beasts specially sacred to the clans, like the mountaineers of Central India, as found by V. Ball and others.”

There are some references on the semi-aboriginal tribe Kooch, who inhabit the Dooars and the adjoining plains of the Brahma-pootra. He is sure that they must have come from Tibet, and are certainly not Dravidians or Negro aboriginals. “They have become so much Hindooized by contact with Bengalees, that they have lost not only their own language, but even their tribal name, and are now known by the Bengalee epithet of Koch, or "the Terai" (people), just as their kinsmen across the Brahma-pootra are called Kochari or Cachari, an identical term.” By now they prefer to be called Rajbansi or "the Royal Race."

The book has wealth of contemporary information. The area covered is of course Tibet, Eastern Nepal and the Darjeeling’s hills and Terai adjacent to it. He has written everything credible in the area incredibly well. It is the opinion of Weddell that the easiest route to Lhasa would, of course, be up the Tsang-po or Dihing river from Assam. He also makes a point that the Nepalese levy heavier duty on their Tibetan frontier. He notes that Silver is strictly forbidden to be imported from Tibet into Nepal. One must read the book to observe Laurence Austine Waddell at the midst of the Himalayas.

The Chinese Constitutional Model at 1948 By Dr. Bipin Adhikari 3 weeks, 6 days ago

Uzbekistan: Sojourn To The Old Silk Road By Som P. Pudasaini 4 weeks ago

Passage Through Turkey By Som P. Pudasaini 1 month, 2 weeks ago

Book On Political and Economic History By Keshab Poudel 1 month, 2 weeks ago