At a time when the development partners are stressing the need for Nepal to enhance its capacity for capital spending, MADHU KUMAR MARASINI, head of Economic Cooperation and Coordination Division of the Ministry of Finance, spoke to NEW SPOTLIGHT on 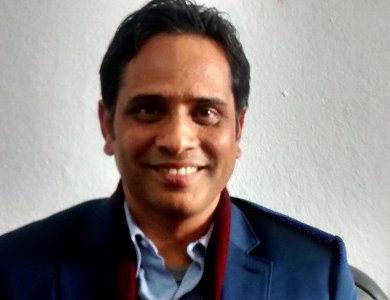 In the recently concluded Asian Development Bank’s Nepal Portfolio Performance Review 2014, it was stressed that Nepal will need to enhance the capacity for capital spending.  How do you look at this?

There are some issues involved in this. Partly, this is also related to the government agencies as well as the development partners. On the part of the government, there are issues concerning the delay in contract awards and there are problems related to procurement, which creates a lot of problems, leading to a low capital spending. One of the major problems related to low capital spending is also partial budget sanctions. Although the budget is dispatched in the very beginning of the fiscal year, the problem is that the concerned departments do not get the budget in time. For instance, there is the need to get approvals from different ministries to implement the programs, including from the National Planning Commission, concerned line ministries and then district line agencies. Our procedures are so complicated that the budget and program do not reach in time. Even if the contracts are awarded in time, their implementation is often delayed due to the legal disputes on such contracts.

Instead of pointing out a specific reason or certain issue, what I can say is that along with the political transition, we have also been passing through a development transition. Our rules, regulations and processes are also responsible for this. Another problem is we spend our money and we don’t care to claim for reimbursement. Due to these factors, the disbursement of the capital is low. Along with the processes, our rules and regulations are also creating hurdles. In many projects, we need to spend our money first. Only after this, we can claim for reimbursement with donors. We spend our money allocated by the Ministry of Finance. However, we do not claim the money for reimbursement with donors.

What is the percentage of capital spending ratio in donor funded projects?

I cannot generalize the percentage of capital spending in foreign aid projects. It varies on a case by case basis and it also depends on the donors. One has to look at the cycle of the project. If a project has a five-year cycle, the first year's capital spending is less than 10 percent. The next year, it increases and reaches up to 20 percent. It increases gradually. At the end, it can reach up to 50 percent. It is unjustifiable to say 10, 15 or 20 percent. The cases of the projects are different from each other.

How do you see the Asian Development Bank’s capital spending?

What reason do you see prominent behind the average capital spending of ADB?

One of the reasons behind this is the small projects. ADB is currently supporting 50 small projects where capital spending is low. ADB also needs to spend a lot of time to follow up. This also increases an unnecessary administrative cost. Small projects are not only time consuming but also difficult in terms of showing results. As Nepal government has already decided to seek support for bigger projects, we can see different results in capital spending in the coming years.

Who do you blame for low capital spending?

Donors do have certain problems.  The problems are on the decentralization of authority. So far as ADB supported projects are concerned, there is the need to take no objection letters in project implementation in various stages and ADB’s headquarter issues such letters. Some of donor agencies have local offices which are not sufficiently decentralized. The organizations like ADB are also bureaucratic and process oriented. No doubt, Nepal has many problems. If we take some sort of mutual accountability, there are also certain problems. Even donors have lengthy bureaucratic procedures.

That is possible. What I can say is that the capital spending has drastically increased this year compared to last year. As Nepal’s capital spending is now over 12 percent, which is double than that of some previous years, Nepal’s development partners will also increase their capital spending in the coming years. The recently held ADB’s Country Profile Review is based on the last year’s spending. Thus the spending appeared lower. The present capital spending is the result of last year and years before that when the budget was not released in time. Due to elections, large numbers of employees were deputed in holding elections and employees were absent in the field. What I see is we are also see a development transition.

How do you look at the commitment of Nepal’s development partners?

You have recently visited India and China as a member of a high level delegation. Did the delegation discuss any matter related to increasing the bilateral aid in those countries?

Along with the recent one, we have had a line of credit agreement with India in the past also. But there appear to be many procedural issues. So many tires are involved in using the line of credit from Indian Exim Bank. We took the senior officials from line ministries to make the process easier. We had a meeting with officials at Indian Exim Bank and officials of Indian government. We have reviewed the process and sorted out certain procedural issues. So far as our visit to China is concerned, Chinese are requesting us to give them development projects for funding. China has already decided to provide 800 million RMB as a grant. We have just sent a request to Chinese Exim Bank to fund Pokhara Regional Airport.

Are there any problems pertaining to money?

Given the present scenario, what I can say is that money is no problem for Nepal. If we can identify projects, Nepal’s development partners are willing to invest in them. From the Ministry of Finance, what I can say is that we can manage money for any viable project. The problem with us is to identify the right project and ensure its implementation.

What is the major project currently in pipeline?

In power sector, we are pushing Budhi Gandaki Project. In our recent visit to India, we proposed to use Rs.50 billion or half of the line of credit in Budhi Gandaki Hydro Electric Project. Tanahu is moving ahead and some transmission line project is also in the implementation stage. We have already negotiated with the World Bank on Solar Grid project. We are in the process of signing the agreements. Under the project, there will be 25 MW Solar plants installed in Kathmandu completing 20 MW by June and another 5 MW by September. We have already authorized them for advance procurement. There is also the loss reduction part. Now, NEA’s transmission loss is around 26 percent and it is much higher in terms of international standard. After the implementation of the project, it will be reduced to 10-12 percent. Under this project, the old transmission lines and meters will be replaced. If we reduce the transmission loss, we can generate 100 MW. The World Bank is now looking at Upper Arun; IFC is looking to invest in Trishuli 1. Given political stability, Nepal’s development will make a leap forward.

How do you look at the legal problems?

We have already proposed land acquisition act and procurement Act. Homework is currently going on to bring a Uniform Act. We have already decided to use certain policy in the road sector. From now on Nepal government will spend money to open the track. It will stop unnecessary hurdles. Only after clearing the land and other issues, we will call development partners for help. Similar things need to be done with transmission lines.