HOWARD E. MICHEL, Ph.D, CEO and president of the Institute of Electrical and Electronic Engineers (IEEE), is currently in Nepal to open the Nepal sub-section of the institute. The America-based IEEE has its presence in 160 countries all over the wo 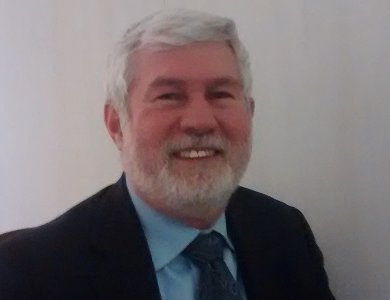 What is the purpose of your visit to Nepal this time?

What does IEEE mean for a country like Nepal?

IEEE is the world’s largest society of technical professionals. We exist to advance the technology for humanity. We do this through education conferences on research standards, bringing technologists together like  engineers, computer engineers, scientists , technologists and people working on top gear technology. We facilitate the development of knowledge through these people. The seminar held in Nepal is an example of that kind of thing. So we don’t take science as issue neutral. We bring people together to discuss and to develop new ideas and disseminate the information.

What is the level of its membership?

IEEE came from two societies that were founded in the United States. One is AiEE American institute of Electric Engineers where people like Thomas Harrison were in the power or electrical industry. After twenty years, the Institute of Radio Engineers, which is an international organization formed with people like Marcony, came up. These two organizations grew side by side. More advances happened in electronics than electrical areas. Thus In 1963, they merged as IEEE. We have now 45 different technical societies like communications society, computer society, technical society and processing society as active members -- different areas of technology where people come together. We have now 430,000 members. Since 2010, we have had more members outside the US than inside the US. So the membership in US is slowly declining and membership in Asia is slowly increasing. The reason is that most of the academics joined IEEE for sharing knowledge through conferences and meetings. We don’t have so many working engineers  like in Asia where the economy is moving fast.

As Nepal  is in the process of building hydro-power and transmission lines as well, embracing with new computers and electronic technologies, what will Nepal benefit from joining IEEE?

For example, we talked about the world wide power distribution standards. Circuit breaks -- those standards were developed from consensus of experts. So experts decide what things should be done and what you need is information and prior information in building technology in power. So this is an example of how we work worldwide with working engineers.

As Nepal is gradually getting into problems in building the transmission lines, how smart transmission can benefit the country?

We have a research committee which looks after the Smart Grid. The committee looks at different aspects of  intelligent electric engineering and transmissions like how do you make these and how do you control these. We have power and energy society and we have a material society. We discussed how can a conductor reduce the electric loss. So we advance technology on the basis of research. And we make available to engineers the products. We don’t make the products. For example, we have set the standard for WiFi. The WiFi is based on IEEE standards. We do  not make WiFi components, but everything in WiFi is of IEEE standards. The same could be with the power system in Nepal as you want to have transmission, distribution and generation  to meet the current best practices with IEEE standards.

Electronic equipments available in Nepal are different standards. IEEE is not in a business of manufacturing. We just do to bring people together for research  to get the good technology. Once the technology is conceived and proven then only the companies manufacture the products.

What experiences do you share with Nepalese engineers in your workshop?

Everything depends upon the local volunteers. What IEEE provides is mechanism to local engineers to work together. They decide what they want when work is on and how do they want to work on it. That is how we interact, as we have over 300 sections around the world and we have 2000 chapters. Chapter chair is a person who lead the group of people having interest in particular areas.

How can you help strengthen the local chapters?

We do support local chapters with limited finance, but not with as much as we like to. This will be project based. IEEE is global and one of the activities it conducts is one of the activities of its member unit and geography. We have ten regions around the world. The regions have money to give to sections and sections have money to give to subsection. Everybody wants to build the capability. We give the money to build the capacity and results. We are holding different trainings around the world where the chapters can share the information regarding available resources and technologies. People also share the knowledge.