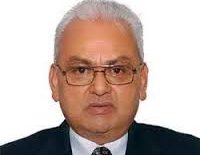 Although Nepal’s relations with other countries have seen many ups and downs, Nepal-Britain relations have always remained constant since the diplomatic relations were established two centuries ago.

With Gurkha connection, the British often come to Nepal whenever thecountry requires support. It has a history of involvement in all humanitarian crises, including the Flood of 1994, major earthquakes of 1979 and 1989, providing logistic as well as material support.

However, the British faced a chilly response from Nepal this time when the country was facing a major humanitarian crisis after the earthquakes of April 25 and May 12.Nepalgovernment had refused to accept the logistic support provided by the United Kingdom.

Two conspiracy theories, including Indian and Nepal Army’s oppositions, were floated in the media to explain the reasons. However, prime minister Sushil Koirala has already publicly rejected the Indian pressure theory. However, no one has spoken about Nepal Army’s role in this regard.

Nepal Army relations were in lowest ebb with the British government when Nepal Army is under the command of General Garuav Sumsher Rana, great grandson of Rana prime minister Chandra Shumsher, whose diplomatic caliber was well recognized by British authors of that period.

At a time when Nepal and United Kingdom are celebrating two hundred years of establishment of their bilateral relations, Nepal’s recent decision to reject the offer given by British government has sent a wrong signal around the world.

As United Kingdom is a major development partner of Nepal with largest contribution in Nepal’s development activities, the chilly response given by Nepal in rejecting the support of four helicopters to carry out operations in Nepal regarded as diplomatic immaturity of Nepal.

Whatever the position Nepal took, United Kingdom has assured Nepal government that they actively support Nepal in its post reconstruction period. Visiting UK Secretary of State for International Development Justine Greening has assured that UK cooperation to Nepal will continue in the post-disaster reconstruction and rehabilitation phase in the aftermath of the massive earthquakes that hit Nepal on April 25 and May 12.

During her meeting with Minister for Foreign Affairs Mahendra Bahadur Pandey at the latter's office on Tuesday, Greening said UK will continue to support Nepal through programmes on economic development, job creation and livelihood.

According to the press statement issued by Ministry of Foreign Affairs (MoFA), Pandey said that a conference of development partners will soon be convened in Kathmandu in which the Nepal government will present a comprehensive plan to its development partners. He said Nepal is seeking contributions from the United Kingdom to the recently created Reconstruction and Rehabilitation Fund.

Although Nepal’s security forces have enough human strength, they do not have logistics and technical expertise. Given the huge debris Nepal needs to clear and build the temporary shelters in shortest period of time, British helicopters would have been more useful as they are reportedly powerful to carry heavy equipments and goods to different parts of Nepal.

Whatever the reason given by the government officials, this is a major diplomatic failure of Nepal in the recent years.